Determination and Walking a Tightrope 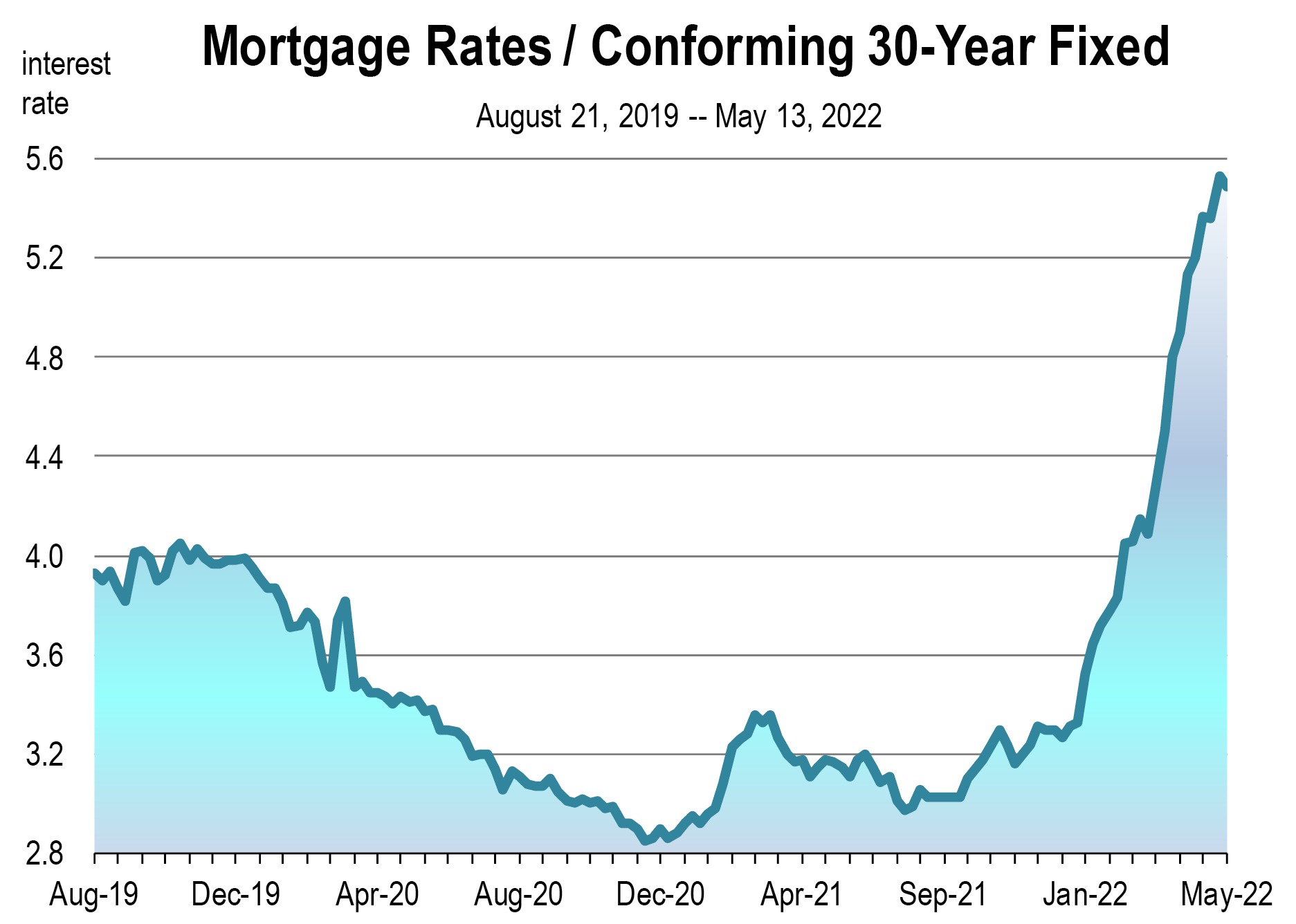 Housing in general is a meaningful contributor to the general economy. Together with banking, insurance, and mortgage lending, it accounts for the largest sectoral share of Gross Domestic Product at 21 percent.  A contraction in housing alone has the potential of pushing the U.S. economy into a minor recession.  Remember that a major crash of housing which occurred in 2007 pushed the economy into a major recession, which to this day we call the Great Recession.

Is it likely this time again?  It is less probable right now because (1) there are more safeguards in place to prevent the kind of speculative bubble that led the descent of housing into the Great Recession, and (2) there is strong offsetting growth of the economy elsewhere:

— Consumers are still buying lots of goods and services

— For the last 18 months, business investment in equipment and software is recording its strongest growth in 21 years.

— New development is booming in many states, including California

— The labor markets are at full employment

— Wages are rising sharply, though struggling to keep up with inflation

Despite a rapidly eroding stock market along with consumer sentiment, industrial production is showing no sign of weakness this year.  The index of leading indicators also continues to rise, implying that the economic expansion will remain intact for the next 6 months. In fact, the second quarter is looking more promising that overall GDP growth will rise by an estimated 2.2 percent. 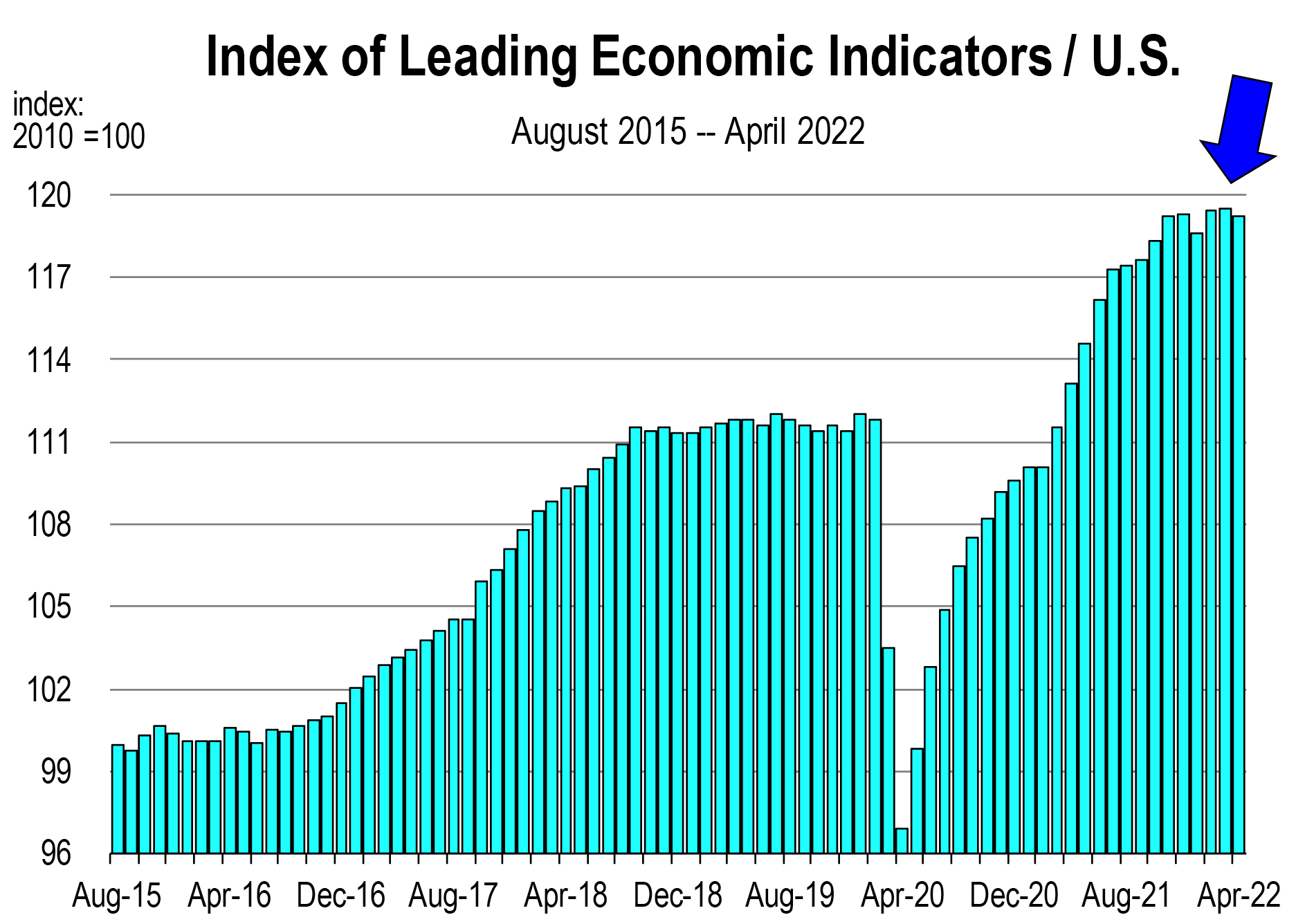 Don’t ask me about 2023 yet. I’m still weighing all the mixed evidence as it comes in.

The Federal Reserve now appears determined to extinguish inflation. Fed chair Jerome Powell said on May 17, that “what we need to see is clear and convincing evidence that inflation pressures are abating and inflation is coming down — and if we don’t see that, then we’ll have to consider moving more aggressively,”

This could very well mean that 50 basis point increases in both June AND July are not only possible, but now probable in view of the recent reports showing the persistence of consumer price inflation, and that price pressures continue to run hot.

The double whammy of higher interest rates and high inflation rates is meaningfully disruptive to household budgets and, ultimately, to spending patterns. 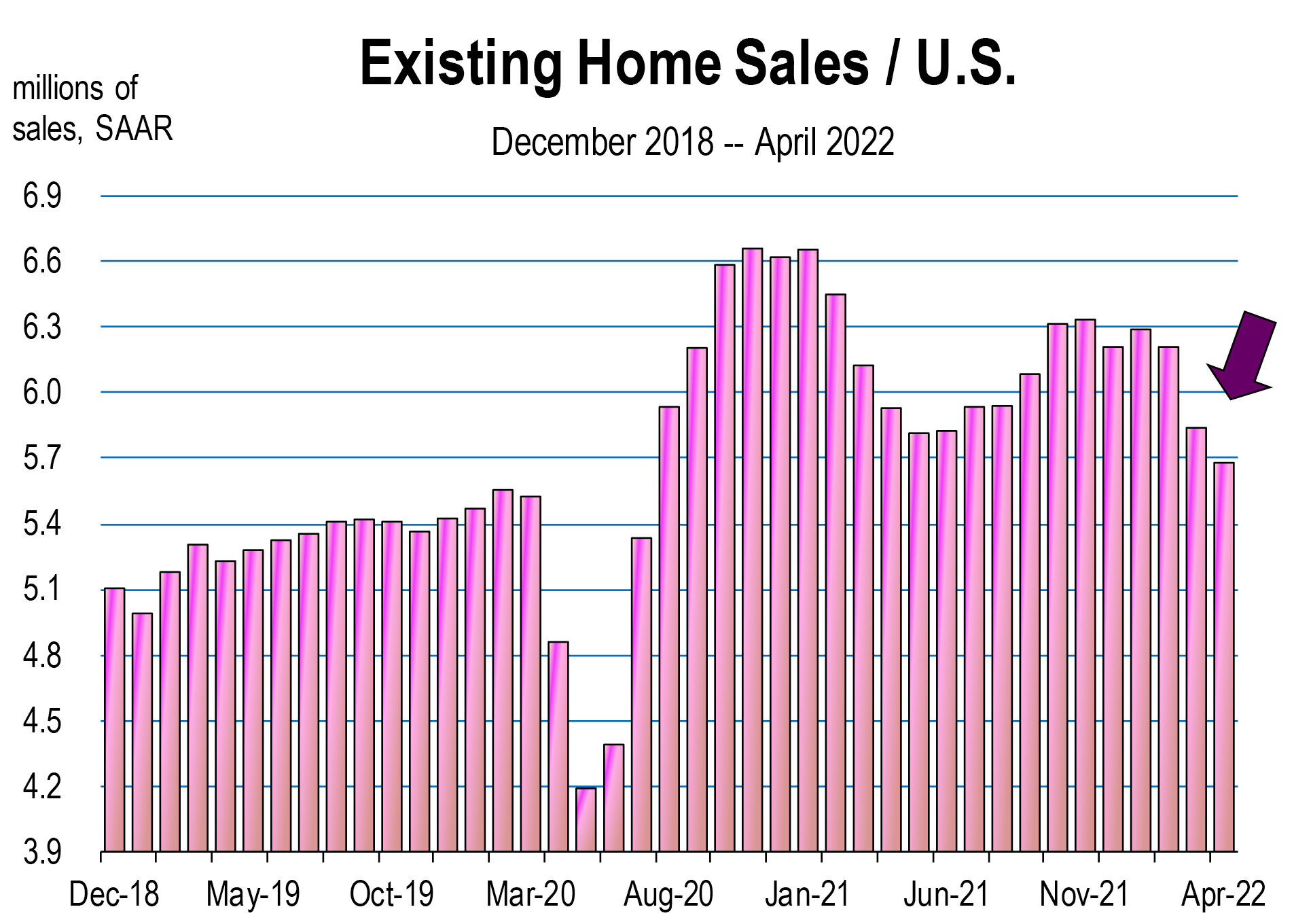 New home builders are feeling the impact of higher building material costs, but the data has yet to show declining demand for new homes. A new home is purchased well in advance of the builder completing the home, which then constitutes the sale. The indication that demand has slackened is lagged up to 6 months. But that indication is coming.

Powell’s bold stance will certainly address inflation head-on, but aggressive interest rate policy is akin to a tightrope walk or balancing act. Higher rates slow the economy; but can the economy be cooled down without tipping it into a period of contraction?  Remember that the other principal objective of the Federal Reserve is the maintenance of a fully employed economy. A contracting economy would jeopardize this goal. 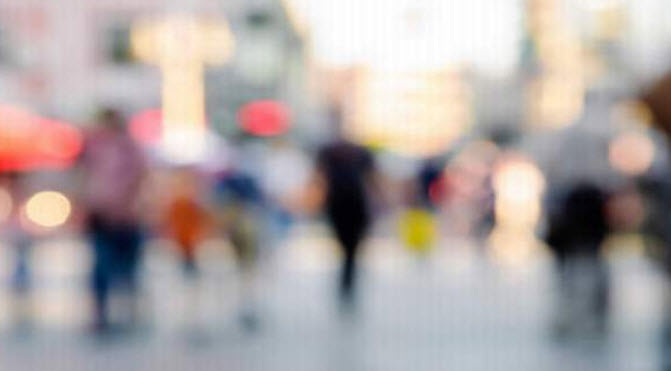 Likely no recession over the next 6 months, but thereafter, the outlook is quite blurry

The second half of 2022 will be a nail biting affair to see if the Fed can pull off a more aggressive tightening policy to stave off inflation, while maintaining growth and employment in the broader macro economy.  This is known as a soft landing, and few have been engineered in periods of tightening monetary policy.

We can avert recession for most of this year, at least through the third quarter. The economic outlook is growing blurrier going into November, however.  The best of all worlds might be the acceptance that what we need and can tolerate is a mild recession caused by a pullback in consumer, and more important, government spending, which has been profligate.

If you’re fully employed and your business is growing this year, sit back and try to calmly watch the show. If your work is aligned with housing, the ride for the rest of the year is going to be bruising.