Surveys and Why They Matter

The sentiment and/or confidence indices that track consumer attitudes are constructed from surveys conducted every month. The surveys ask a series of questions about how the individual views his or her economic prospects today and in the future.

The results of these surveys provide us with critical information needed to assess the current attitude among the population regarding business conditions or the overall economy.

Consumer attitudes are important because when consumers are pessimistic about their job prospects, their finances, or the economy in general, they tend not to spend as much. 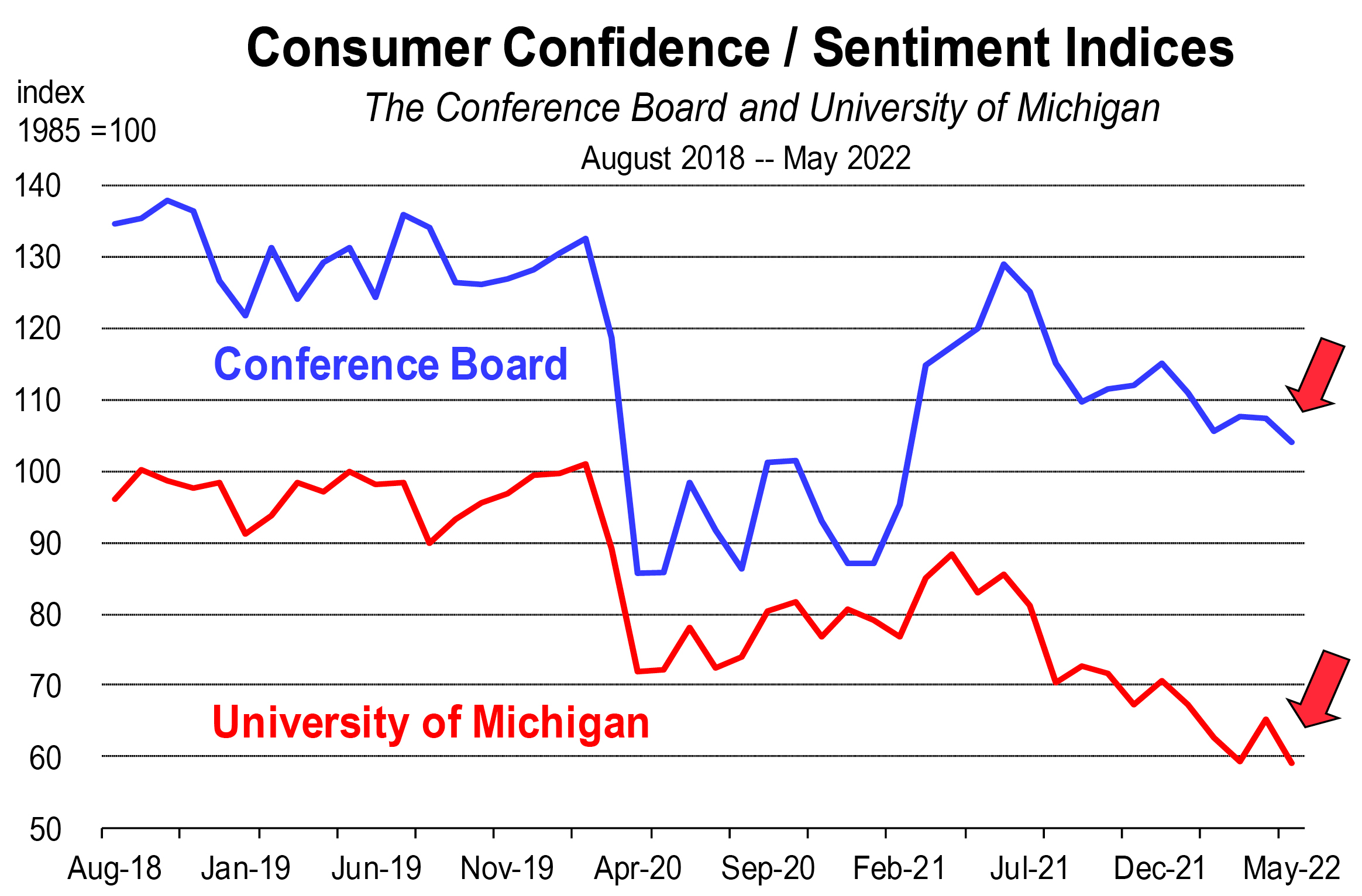 When they don’t spend as much, the economy doesn’t grow as much, and that can spell trouble. Because when the economy slows down so do corporate revenues and earnings, and available job openings.

The stock market will immediately react to this if it hasn’t already adjusted downward in anticipation of reticent spending by consumers.  A falling stock market translates into declining wealth for most households, which only heightens consumer pessimism further.

Deteriorating consumer attitudes as reported by the surveys can be a bellwether sign of general economic malaise and even a not-too-distant recession.

The Conference Board and University of Michigan consumer attitude surveys portray a consumer that is clearly discontent with the economy.  The monthly Gallup poll which tracks the most pressing problem facing American households is reporting similar results, that is, the principal problem facing the country today is the economy. The percentage of Americans indicating this is just under 40 percent. The next most pressing problem was cited by half as many Americans at 20 percent. That was poor government leadership. 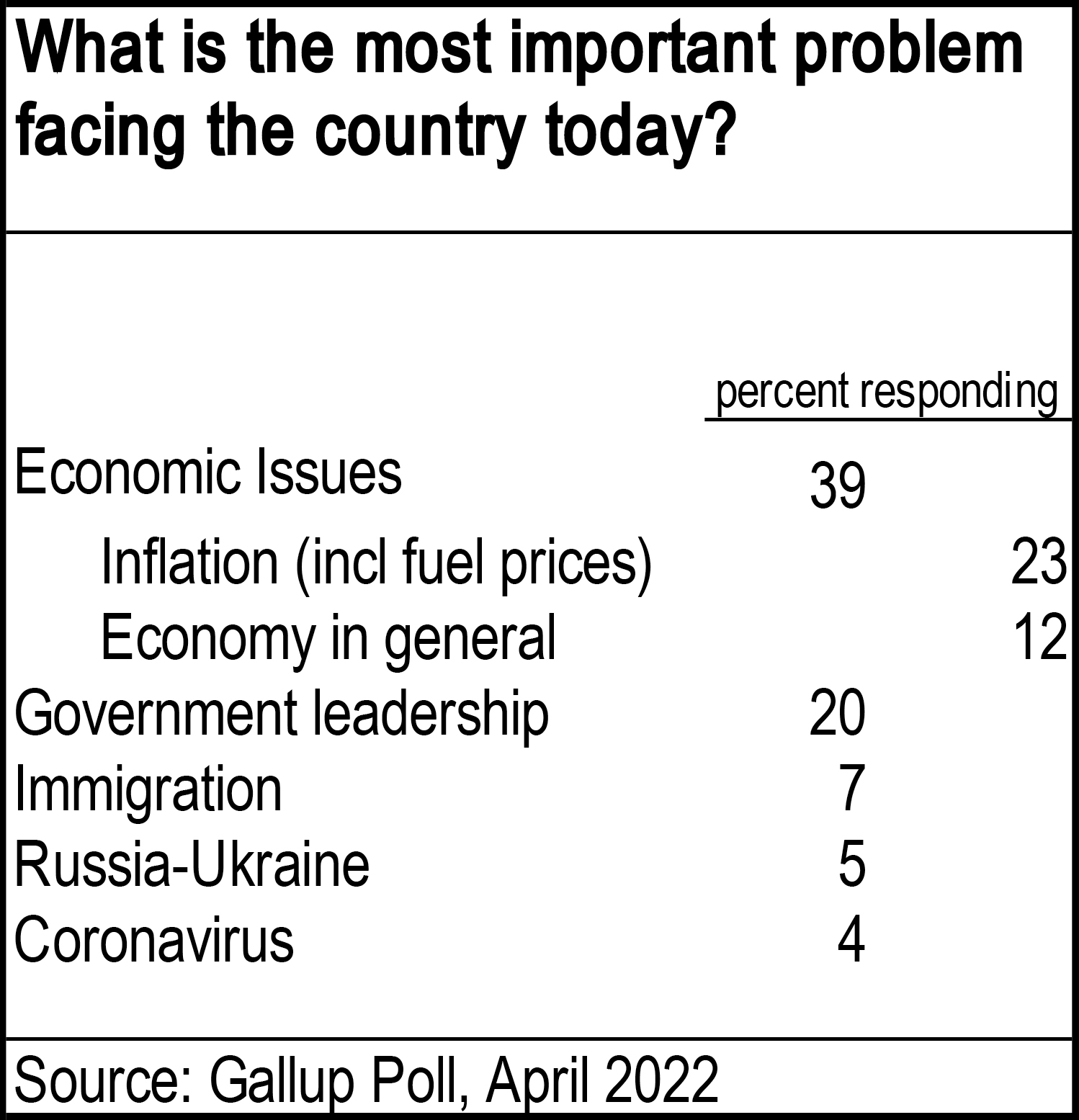 Despite the souring confidence in the economy, we are still not observing much consumer spending reticence right now.  What consumers are responding to is the attack on price stability,  the second sacred cow of the American economy. In the April Gallup poll, the largest economic sub-issue that Americans believe is problematic is inflation.1

The absence of price stability, most impactfully felt by record high prices for gasoline, represents a serious assault on consumer confidence.  The first sacred cow, job opportunities which are currently prolific, clearly maintain our ability to spend but are not enough to maintain our overall confidence in the economy.  A long enough period of extraordinary inflation will result in a spending pullback, not necessarily in dollars but in the quantity of products and services.

The surveys are simply a validation mechanism that consumers are frustrated about inflation and don’t believe conditions are improving.

The failure of the Fed, until now

The Fed has failed to act in time, “fiddling while Rome burns.” They have the tools but they’ve waited too long to deploy. The result is the highest rate of inflation since 1980. The Fed is now responding to inflation aggressively with 50 basis point hikes in the federal funds rate and a verbal commitment to stamp out inflation. 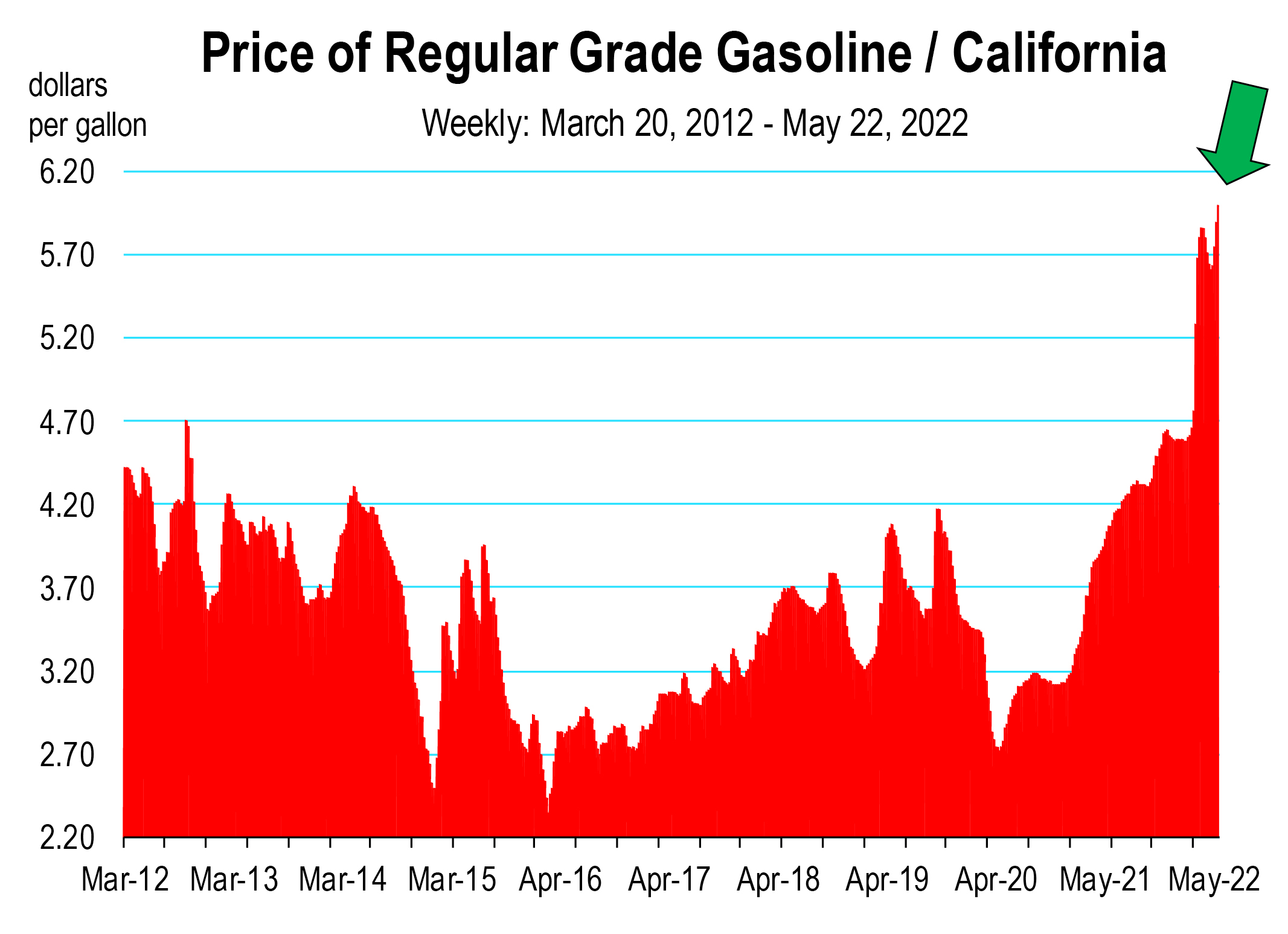 This has finally rallied the stock market. Oddly, the market would normally sell off with higher (and unexpected) interest rate movements.  But investors have been disappointed to date by the Fed’s restrained stance to confront an inflationary environment that was not “transitory,” as originally opined a full year ago.  Failure to act has resulted in a 30 percent decline in the NASDAQ.  The change in stance is now seen by investors as a foreseeable end to inflation and a return of consumer confidence.

Confidence will be restored when there is evidence that (1) the stock market sell-off has ended, and (2) price stability is being restored.

Together, the Conference Board and University of Michigan Sentiment/Confidence surveys are reported three times a month. Watch for these. Rising sentiment among consumers will represent an aggregate improvement in the issues which are currently increasing recession risks right now.

Recession is still not likely this year, unless unanticipated events ensue, such as new problems with the supply chain, or more massive spending by Congress.  And we also still have an overreaching public health community that appears fearful of new Coronavirus variants and now Monkeypox. Will natural immunity never be embraced?

Because it’s an election year, anything could occur which might result in a tipping point for the economy. But absent that, the probable outlook calls for a continuation of full employment, a subsidence in inflation, the gradual restoration of most supplies and goods now experiencing “shortages,” and a return of the labor force.