Are you satisfied with your job ?

Are you satisfied with your financial situation ?

Are you satisfied with your economic prospects going forward ?

How do you feel about the direction of the U.S. economy ?

These are among the many questions that a flurry of pollsters routinely ask Americans every year. The most recent collection of responses have not been upbeat despite an economy which statistically is clearly improving.  And this was all measured before the onset of war.

The Strengthening Economic Numbers Were Not Enough

Gross Domestic Product advanced 7.0 percent in the fourth quarter of 2021 and the unemployment rate fell to 3.8 percent in February – a tight labor market by any standard of measure.  Wages soared from April to November 2021. Nevertheless, Americans thought 2021 was a bad or terrible year, starting out with a wave of coronavirus infections and restrictions, which then turned into euphoric optimism with the massive vaccine program and the promise of an opened economy as the pandemic was seemingly ending. 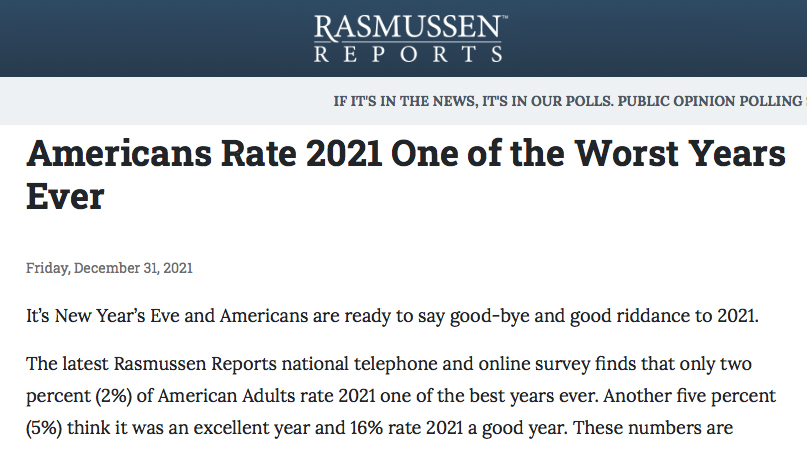 The economy opened but the euphoria was short lived. New pandemic waves of infections–Delta and then Omicron–soured perceptions as the long-awaited return to normal was dashed, further delayed for an entire second year.  Alongside of this were the empty store shelves, a sharp increase in gasoline prices, and higher inflation for all products, which frustrated or infuriated consumers across the U.S. and in much of the world.

Nope, 2021 was not a year we wish we had back.  The Gallop poll on economic confidence shows the average Americans’ ratings of current economic conditions last December as the weakest since the Great Recession. The poll found that 79 percent of Americans were dissatisfied “with the way things are going.” In a poll from October 2021, Gallop had 56 percent of respondents saying the economy was on the wrong track while 29 percent indicated “right track.”

Is optimism renewing as Omicron abates, no new variant is on the horizon, mask mandates are being lifted, vaccine mandates called off, and the supply chain disruption appears to be improving?

Sorry, not yet. The sentiment indices by The Conference Board and the U of Michigan are showing no improvement. Moreover, the latter measure has now hit a 10 year low.

The Fannie Mae National Housing Survey conducted in January has 83 percent of respondents indicating it’s a bad time to buy housing, and only 15 percent saying it’s a good time to buy. This “good time to buy measure” is now at an all time record low.1

The Gallop economic confidence poll updated in mid-January showed little improvement from the 2021 results. Furthermore, an NBC News poll found that only 22 percent of respondents believe “conditions are headed in the right direction.”2

The Ipsos-Forbes poll of U.S. Consumer confidence tracker conducted on February 24 has consumer expectations about the future more pessimistic today than at any other time since the pandemic lows of April 2020.3

A problem with these polls naturally involves the definition of the right direction. Political issues have become so divisive these days, there is little consensus on what the right direction actually is.  Nevertheless, the response rate of Americans to the question is consistent with other questions and other polls about the country and/or the U.S. economy.  There is a total convergence in attitudes and that convergence has unilaterally moved towards pessimism.

The pandemic is clearly abating, the most egregious all-consuming socio-economic issue over the last 2 years. And this should help to lift American spirits in 2022. But now emerging in its place is a regional war we have to worry about, which we desperately hope does not escalate beyond Ukrainian borders.

The principal problems weighing heavy on consumers this year are not going to disappear quickly. Moreover, higher interest rates are coming, which will directly impact auto loans, consumer loans, and probably home mortgages.  Though Inflation is the target as the Fed prepares to push interest rates higher, its prevalence will remain for much of 2022 before any tightening policies have an impact.

While war in Eastern Europe is yet another reason for Americans to feel sour about the economy, it is unlikely to deter the Fed from raising rates this month, unless there is an unexpected escalation of the conflict to include other countries or greater involvement from NATO including the U.S.

Early polls to date (by ABC, Yahoo, Gallop) predictably have most Americans supporting sanctions on Russia, but do not believe the U.S. should be more involved. Nevertheless, the war will have further impacts on consumers, on both inflation and product shortages.

Product “shortages” or empty shelves were going to be slow to resolve in the absence of the war. Now they will be further impacted, though probably not materially. Clearly, we don’t need another geopolitical conflict interrupting global transport at a time when we’ve still not recovered from the pandemic interruptions.  But that’s what we now have. 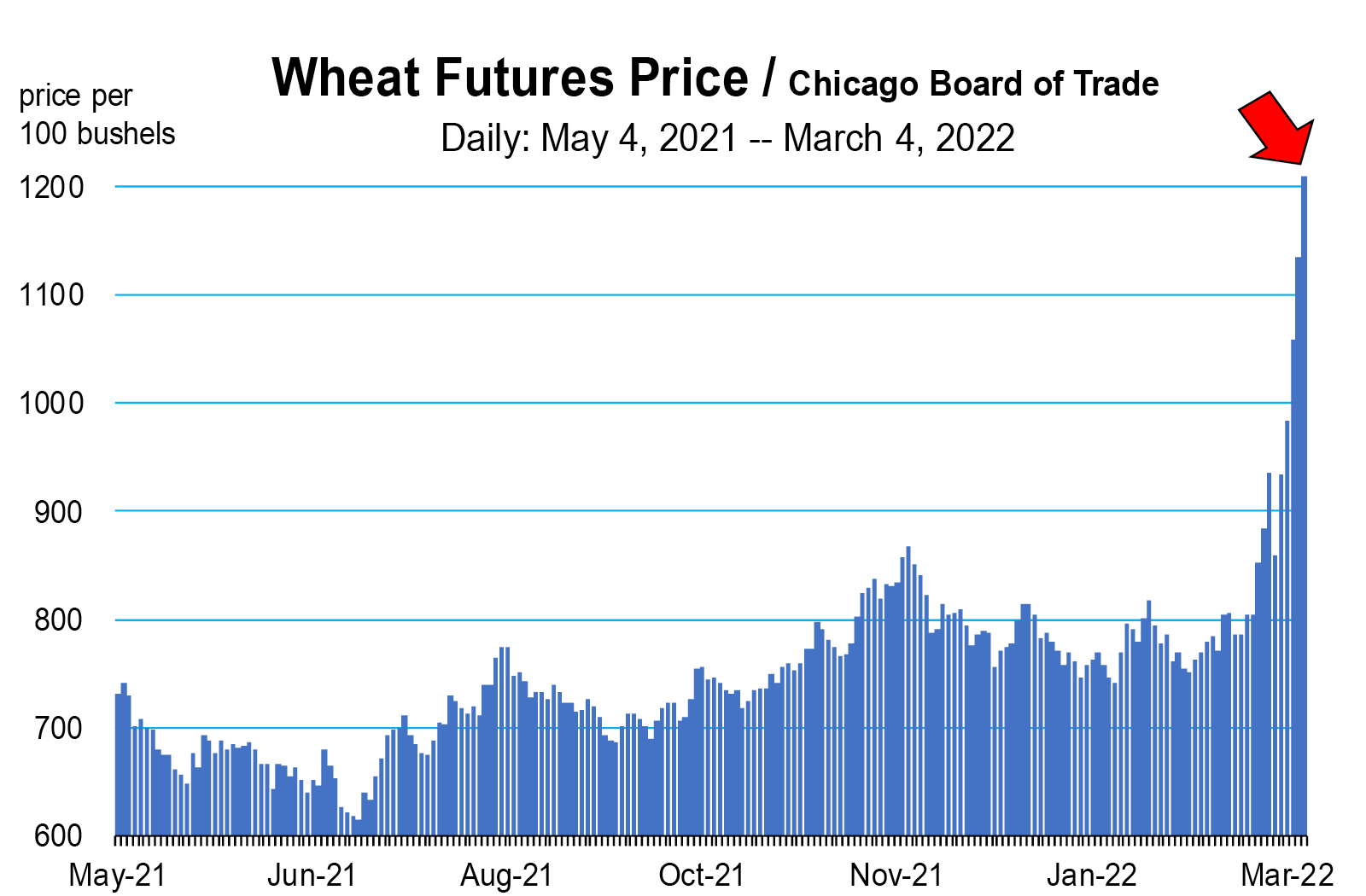 U.S. Inflation will rise to 8 percent this month. Oil prices were already soaring before the invasion began, but have moved 20 percent higher since the Russian army aggressively pushed into Ukraine. Oil price inflation is insidious, affecting the price of so many byproducts of petroleum.

The prices of wheat and corn are also rising sharply because these global agricultural export markets from Russia-Ukraine are substantial. The two countries alone account for 70 percent of total wheat exports going to Egypt and Turkey, and 27 percent of all wheat exports to the rest of the world.

A quick end to the war is needed to clearly reduce the investor uncertainty responsible for pushing up commodity prices and escalating our already extraordinarily high rates of inflation. Put that in the column of best case scenarios. We also need the labor force to return, global production to ramp up, and the Fed to tighten more aggressively