Some Indicators Worth Mentioning

The latest information on job openings outstanding in the U.S. economy indicates that the labor market remains very tight with high job availability. Regionally, job openings are the highest in the western states, and lowest in the northeast. 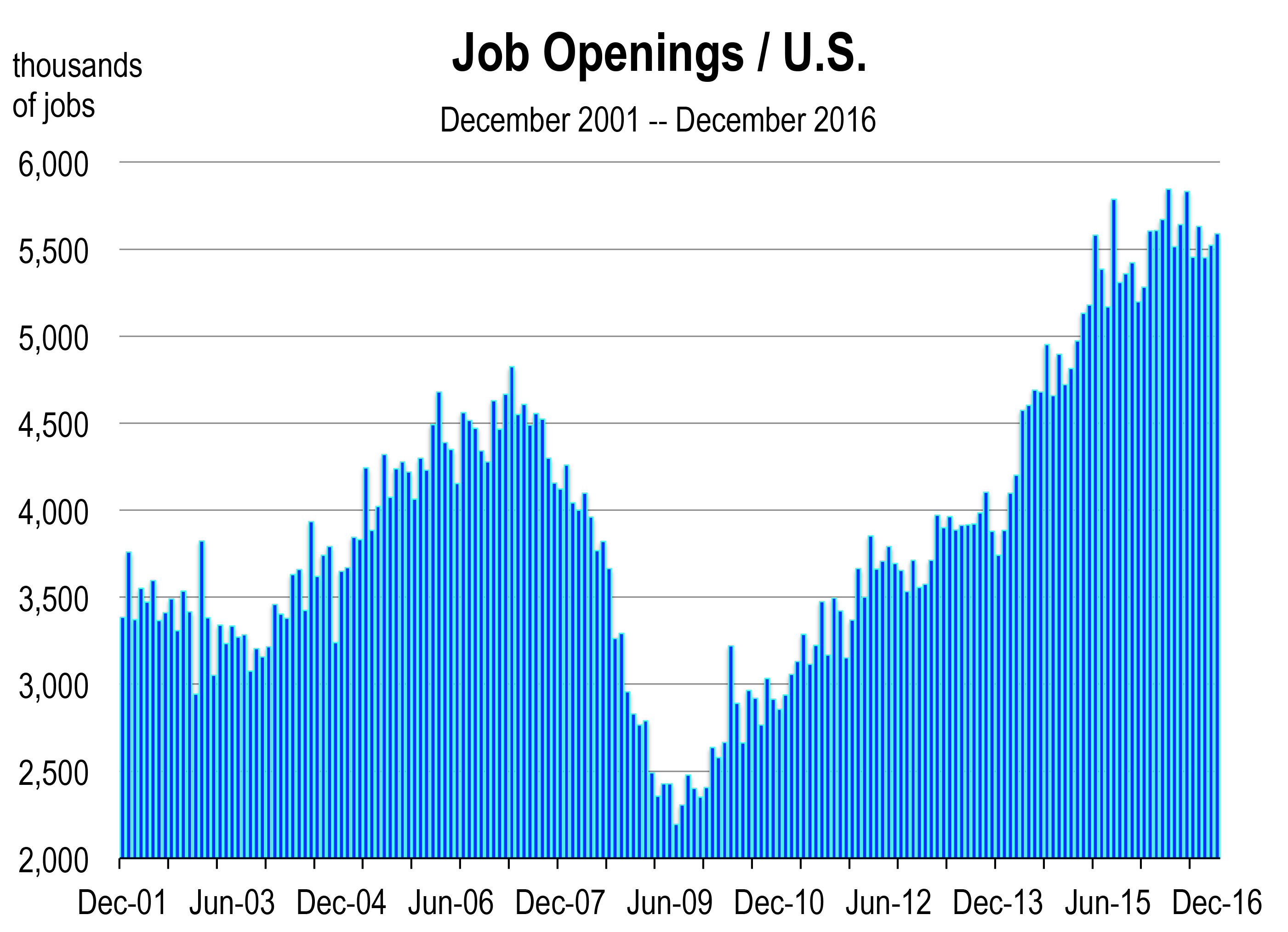 Job openings in the STEM fields take twice as long to fill, due to a dearth of candidates meeting these qualifications.

The Conference Board Consumer Confidence Index jumped another 3 points in February to 114.8, the highest level since July 2001. 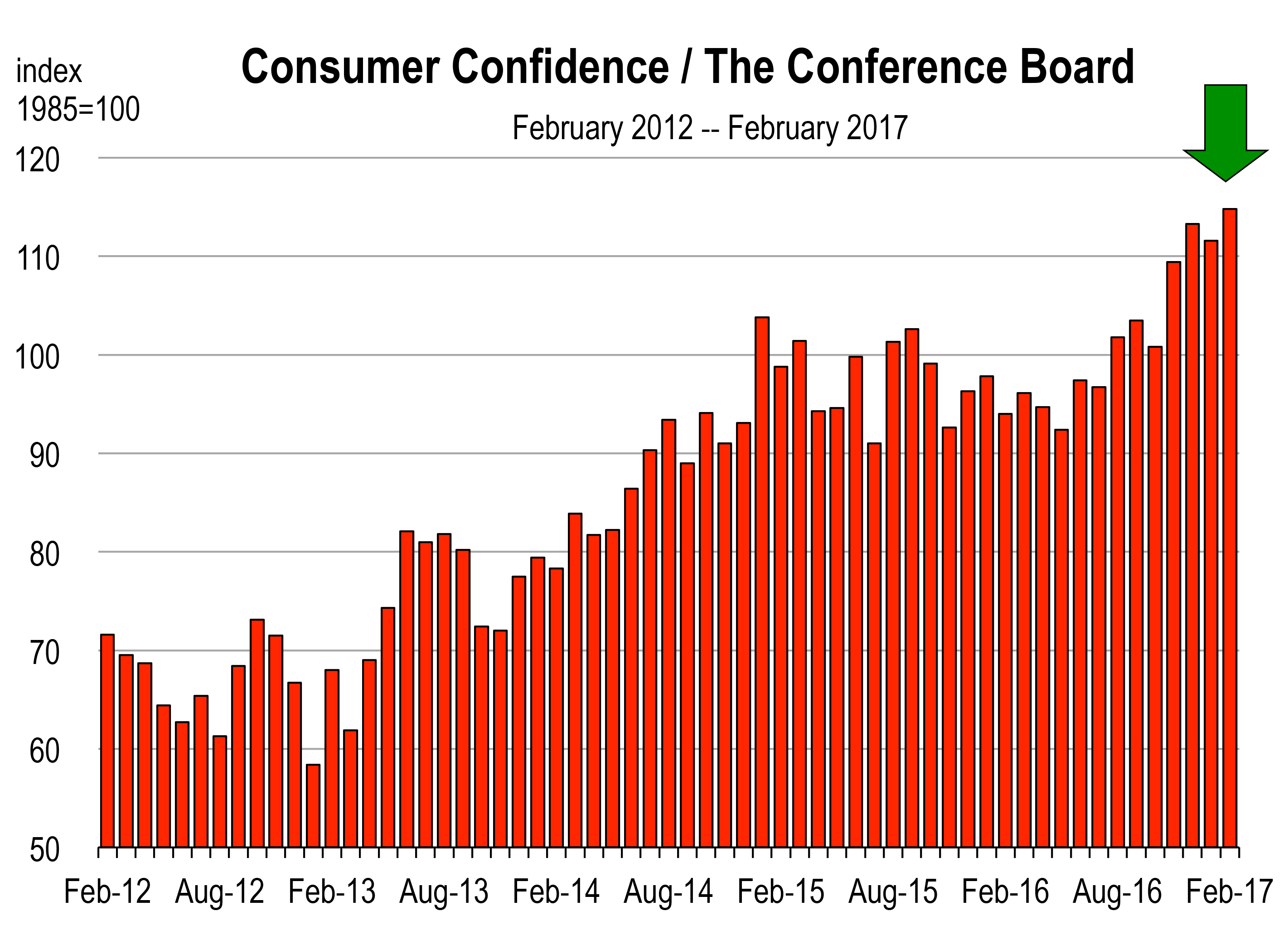 Confidence has strengthened considerably, building on its sharp gains in November and December.
Consumers are optimistic about their present and future conditions pertaining to the economy. They like their prospects for employment, income, and spending. Certainly enough, the unemployment rate remains low, wages are rising, the stock market is near record levels, and inflation and interest rates remain low.

Oil prices are falling again. Over the last week, prices have tumbled about 5 dollars per barrel, the largest drop in 4 months. 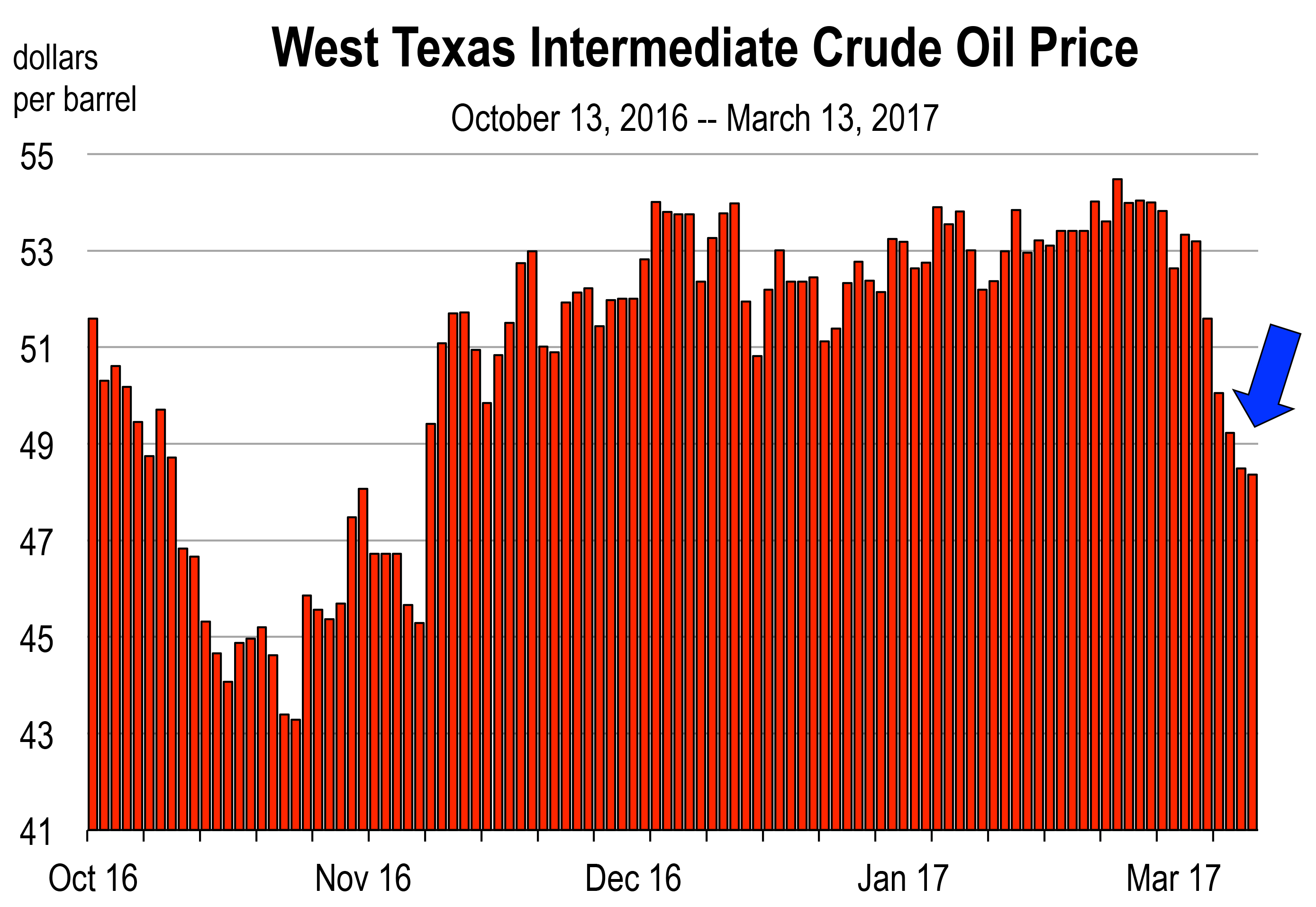 This will ultimately translate into lower gasoline prices which have recently spiked up to an average price of $3.01 in California. Despite OPEC’s effort to restrict crude oil supply in the world, U.S. inventories are rising and drilling activity remains optimistic.

In January, sales rebounded over 3 percent, reflecting rising demand for homes in the nation. Sales in California rose two percent in January and have increased 5 percent since January 2016. The market for existing homes remains extraordinarily tight. The average number of months of supply continues to decline, to just 3.7 months. Normal is between 5 and 6. Consequently, home prices continue to rise. 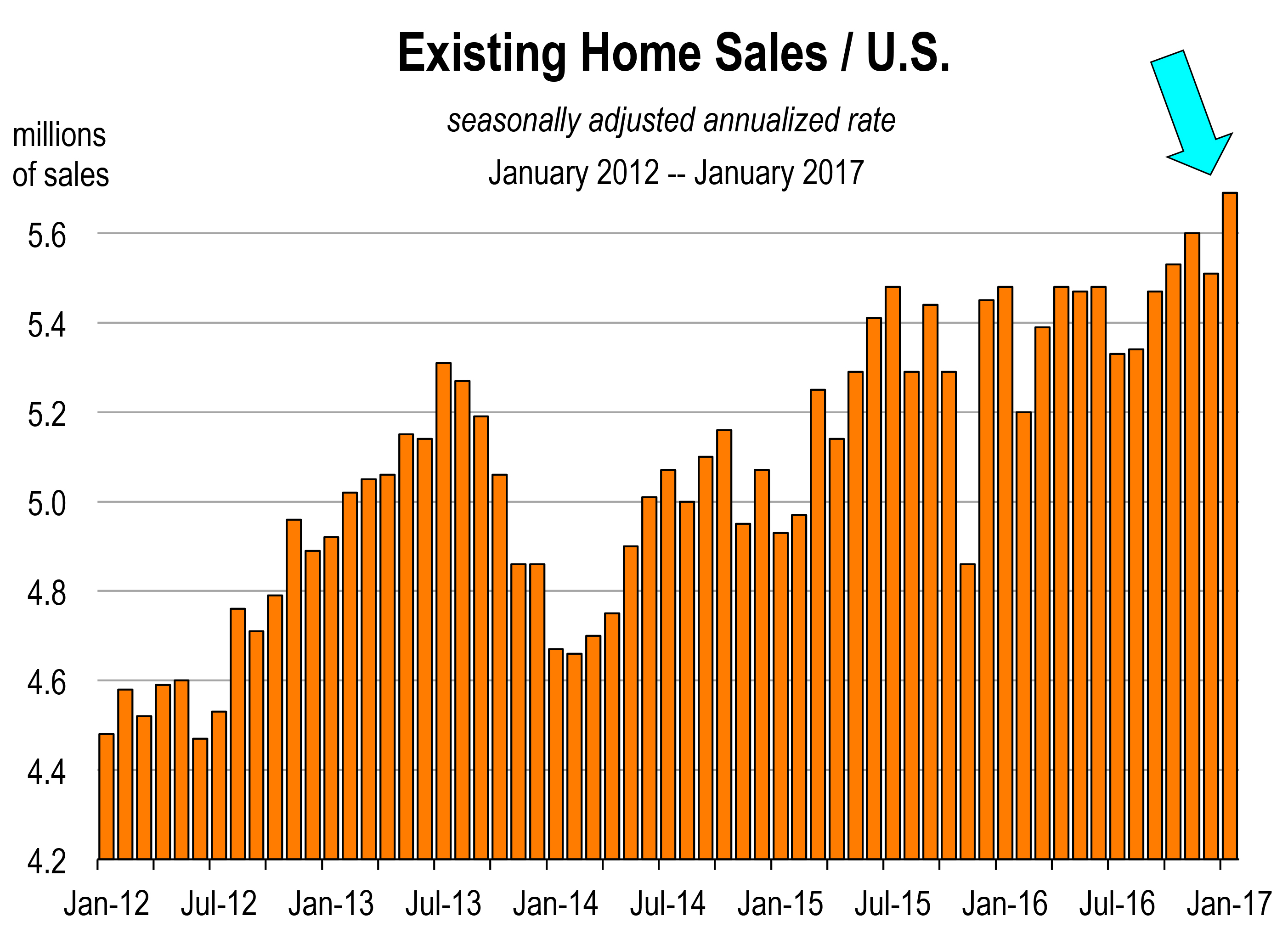 Nationwide, the median selling value rose 7.1 percent year over year in January. In California, the median price has risen 4.8 percent.

The most expensive areas in the state continue to be San Francisco, San Mateo, and Santa Clara Counties. The lowest priced area is Kern County on a price per square foot basis.

Passengers at SFO and LAX 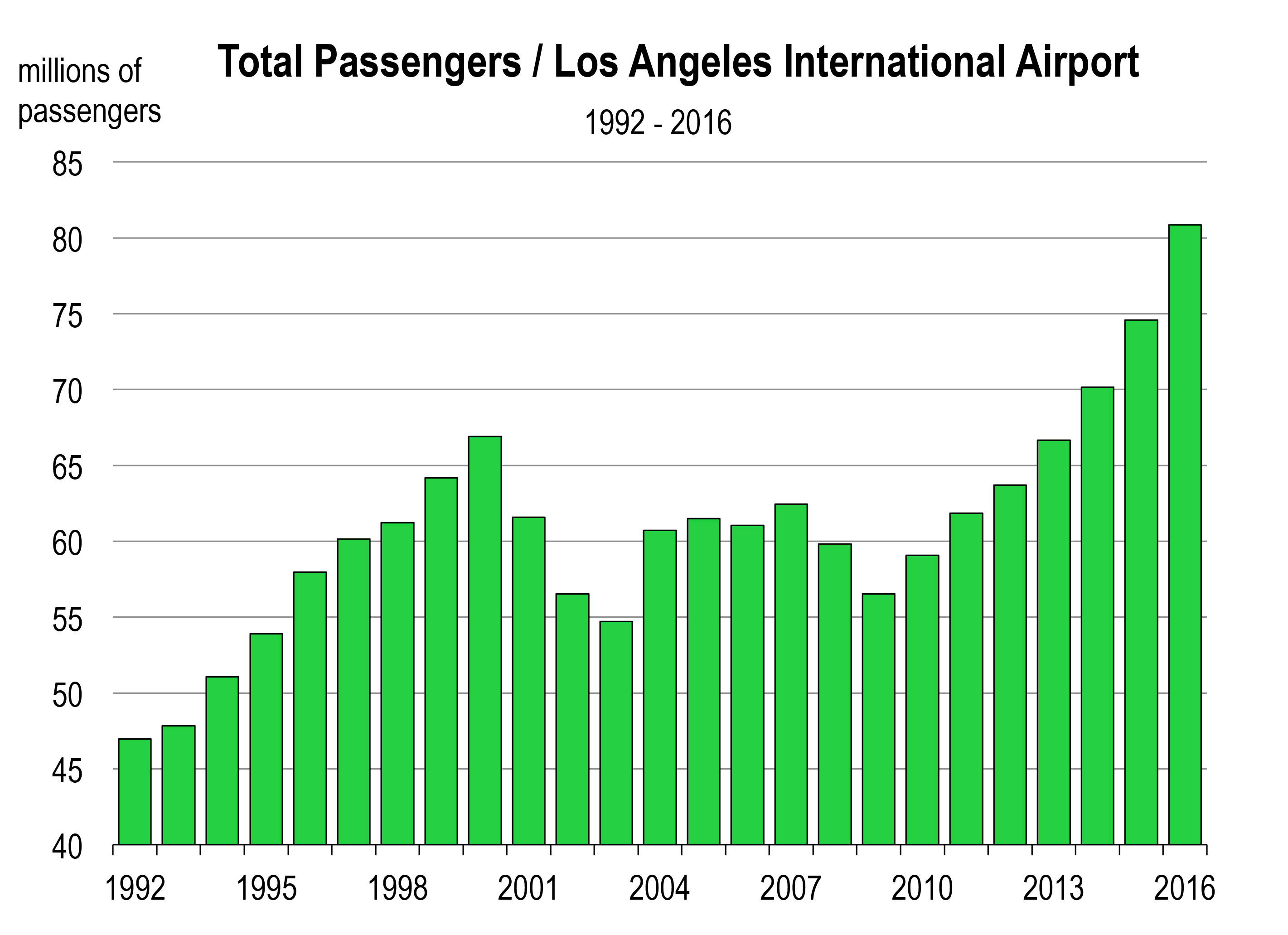 Passenger airline traffic jumped 8 percent in 2016 at LAX, the fastest rate of growth since 2004. More than 25 percent of all LAX passengers are international. 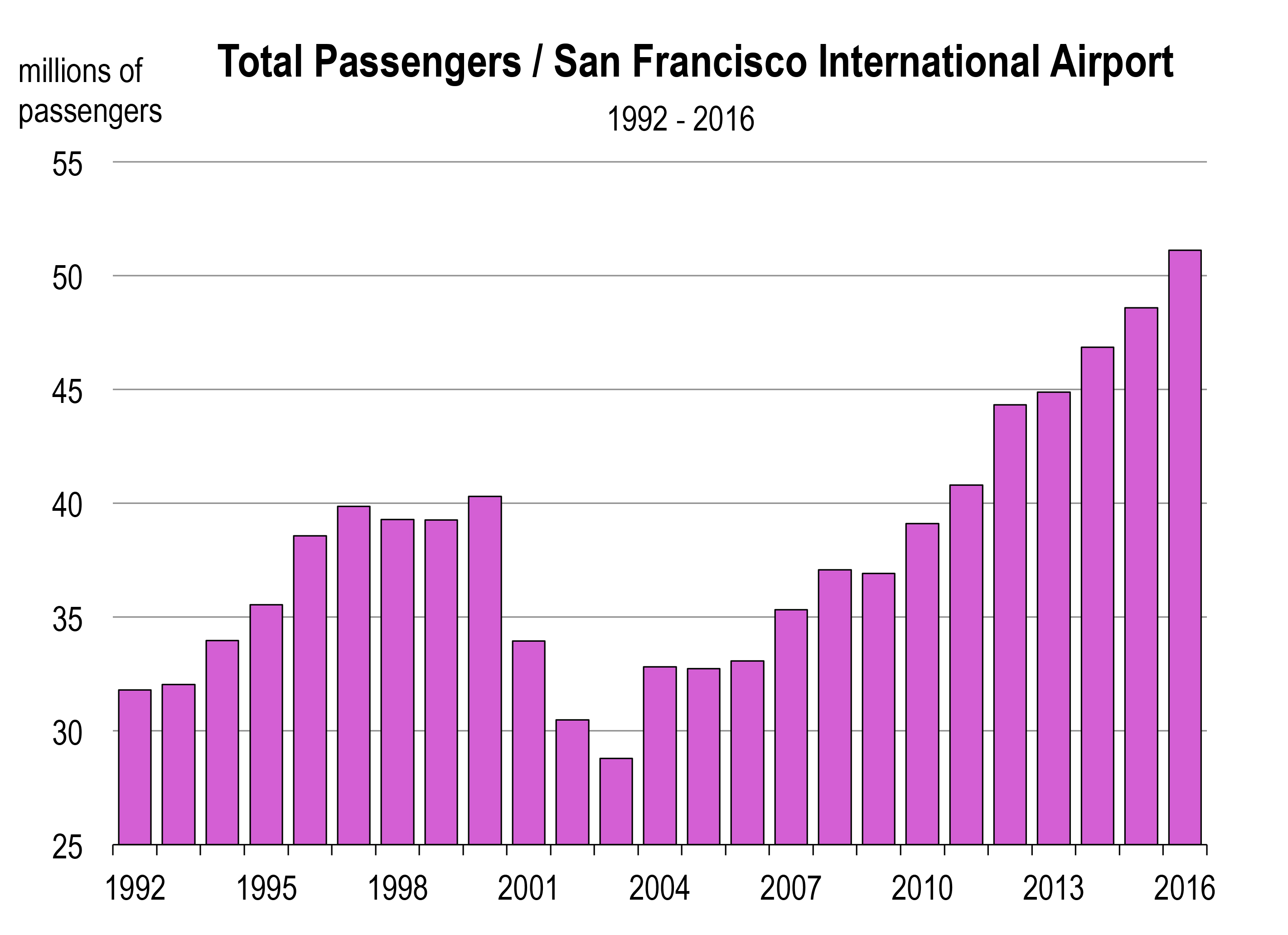 The travel industry has experienced a series of renaissance years during this economic expansion. Both vacation and business travel is soaring in California. Transient lodging occupancy is at its highest level ever recorded.

A strengthening U.S. dollar is likely to push international travel to record levels this year, with principal destinations being Europe, Mexico, and Asia. So start planning early.