The Trump Rally: Is it Fake or Real?

All Market Indices at Record Highs

The markets continue to set new record highs, week after week. This all started the day after the presidential election last November. The upward surge has been labeled the Trump Rally. The rally in stock prices essentially doubled the returns on the S&P and Dow Jones industrial averages for calendar 2016, and those returns keep rising through the first 40 days in 2017. 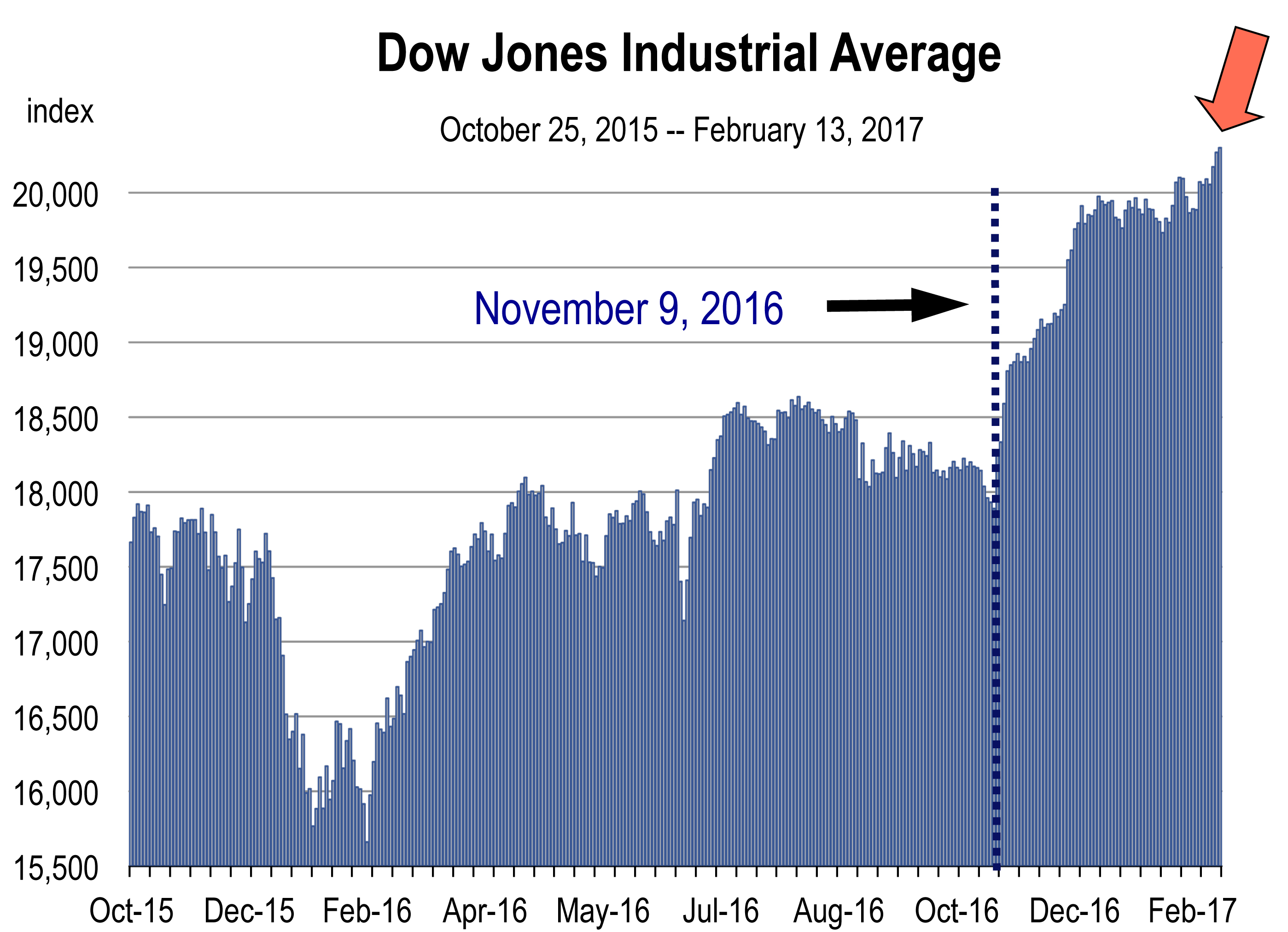 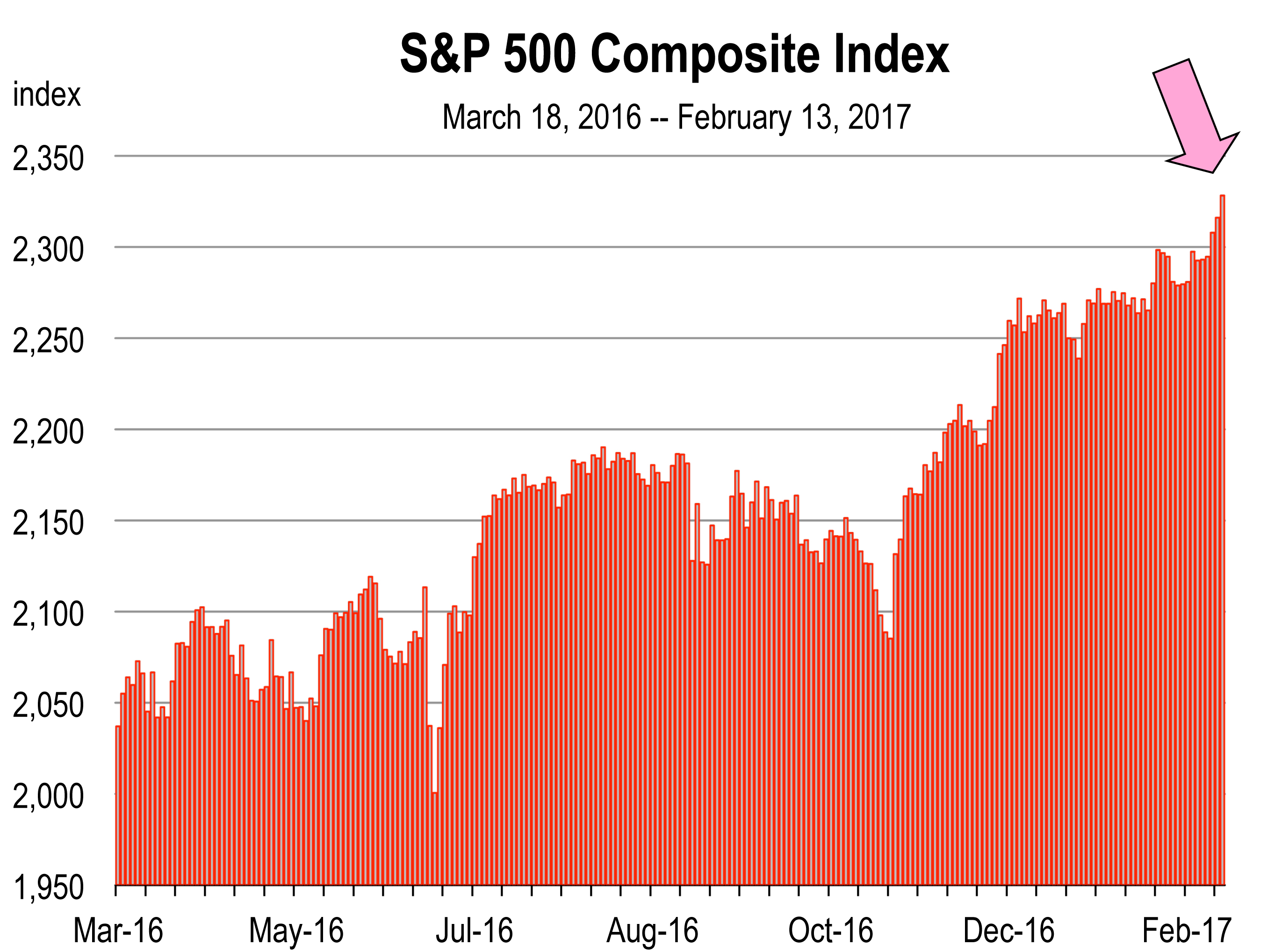 Are we setting ourselves up for a major correction in valuations or is this rally real and warranted by fundamentals?

The fundamentals would largely be the anticipation of lower taxes and regulatory reforms promised by Trump. The 3 month rally is being driven by the enthusiasm for the president’s agenda which is expected to accelerate GDP growth and stock market earnings growth. Or is it? Alternatively, it could simply be that the market appreciates how the economy is performing right now.

All major economic indicators are rising: manufacturing and industrial production, car sales, home sales, new housing starts, and personal income. Employment is at or very close to the full employment level. Consumer confidence is currently peaking at the highest levels recorded since 2004.

Already to date, FactSet[1] has reported that 67 percent of S&P 500 companies have turned in better-than-expected earnings per share in recent reports. These fundamentals are more convincing than the anticipation of Trump policies which have the potential to produce more growth. However, the promise and the subsequent delivery of corporate tax cuts will boost earnings per share significantly when they become effective.

Restrictions on trade and restrictions on immigration represent offsets because they could potentially produce negative effects on economic growth. To what extent there will be restrictions imposed on say China and/or Mexico is both unknown and unlikely.

Furthermore, higher interest rates act as a brake on economic growth and the Fed has stated that three more rate hikes are likely in both 2017 and 2018. While it is true that interest rates still remain historically low, higher rates are likely to impact investment decisions at least at the margin. And investment decisions include the purchase of homes, office buildings, vehicles, and business equipment.

Certainly a pull-back or even a stock market correction to the current bull market would not be extraordinary. But since they can’t be predicted, why worry? A pull-back allows the market to consolidate before moving to higher highs. There have been a number of corrections over the last 8 years and all have ultimately led to higher stock valuations.

What would cause it? Typically an event creates some sort of panicked selling. Today, it could be a series of missed expectations on earnings, negative news out of Europe or China, or a political event that lends new uncertainty to the markets.

Corrections occur during expansionary phases, typically when the economy is upbeat, like now. Remember, the stock market is a leading indicator of growth and if the market gets too ahead of itself, it must self-correct to align with the economy and reasonable expectations. We may see some of that in the months ahead.

But for now, some people believe that the rally has only just begun…

We have partnered with the California Homebuilding Foundation to bring you this exciting new report. In 130+ pages of analysis, we document the major development projects across the state. This report includes projects in all stages of development, from conceptual to nearly complete, and estimates the development pipeline in every major region.