The 2017 California Economic Outlook: Clear and sunny for now, but resource limitations are a growing probability…

The financial markets finished the year with double digit returns for calendar 2017 and the Dow Jones Industrial Average barely missed hitting the 20,000 mark on Tuesday, December 27. Currently (January 4th), it is only about 32 points from its all time record high.

Bond prices appear to have stabilized for the moment, hovering around 2.5 percent for the 10 year Treasury and fixed mortgage rates are at 4.2 percent. The price of crude oil (and therefore gasoline) also appears stable at this writing.

We’ve reached the full employment level in the labor force, consumers are feeling very good today and about the coming year, and conditions for business expansion remain favorable. Depending on how fast the new Trump administration and Congress act, economic growth could attain its highest level of the current cycle in 2017. 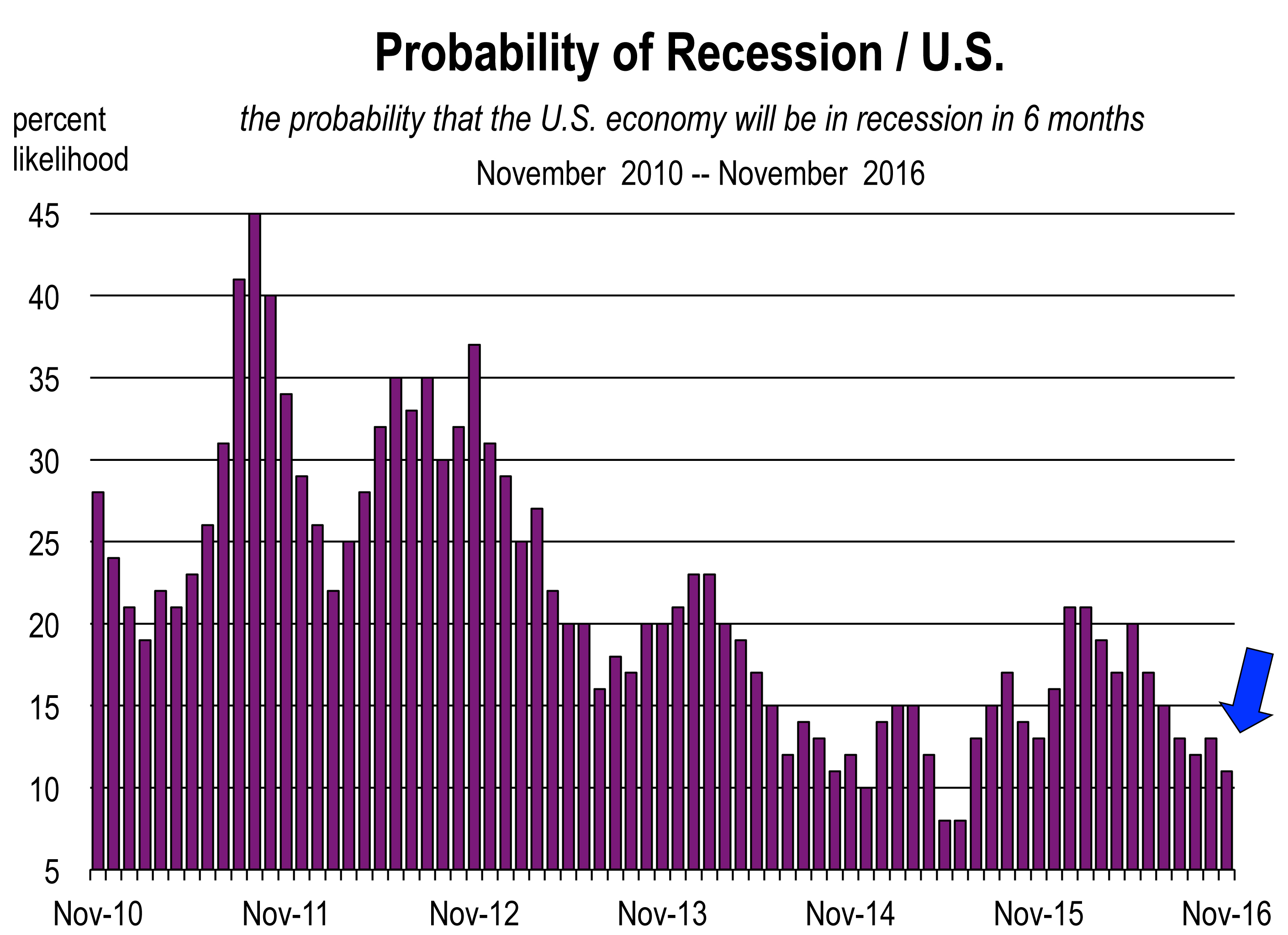 The president elect will inherit an economy that is fundamentally strong. With very few layoffs and with record numbers of open job positions, it would take a severe shock to derail the current economy.

Significant changes in policy may be forthcoming, such as tax law, public spending on defense and homeland security, trade and immigration policy, and regulation.

We expect the Trump administration to implement an expansionary fiscal policy of deficit-financed tax cuts and greater government spending this year. So expect higher deficits.

The tax cuts will affect both corporations and households and are expected to be sizeable.

Higher stock prices are a clear plus for growth, through the wealth effect on consumer spending. Since the election and the run-up of stock prices, households holding stock are now worth about $1 trillion more. To the extent the market does not falter, that should produce more spending which will increase the rate of economic growth this year and next. 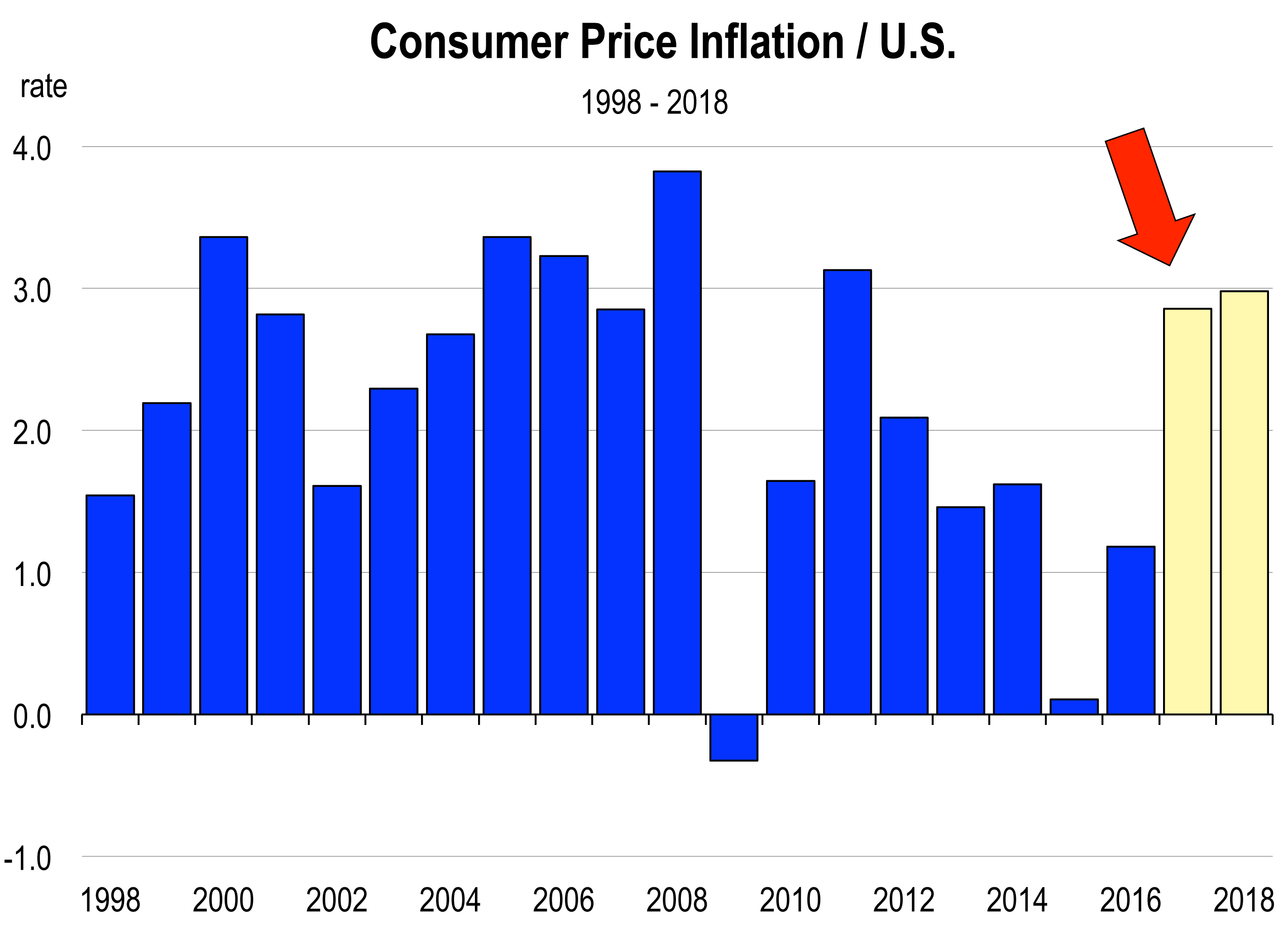 With bond rates rising, so are the myriad of interest rates. Higher rates of interest and inflation are in the base case scenario for 2017. That means that changes in these rates will not surprise the financial markets so no meltdown is expected.

The California Economy in 2017

You can expect an economy that looks much like it did in 2016 but with more jobs openings, more pressure to raise salaries and hourly rates of pay, and technology sectors that remain vibrant. This is because the world economy is growing faster again and there is rising demand for technology services and microprocessors.

Job creation is likely to be lower, simply because we are already running at full employment, so recruitment of workers will be difficult and more expensive.

The retail industry should have a banner year. Rates of retail real estate utilization are already low and sales remain moderate to strong depending on the region. With record levels of population, employment, and income, greater levels of spending on goods and services is inevitable.

The visitor industry is not expected to slow much despite the strengthening U.S. dollar. Some slowing has been noticed in a few areas of the State, including Santa Barbara. However, more domestic demand for California vacations will occur in 2017, and much of this will offset the reduction in foreign visitors who are now finding California (and the rest of the U.S.) too expensive. 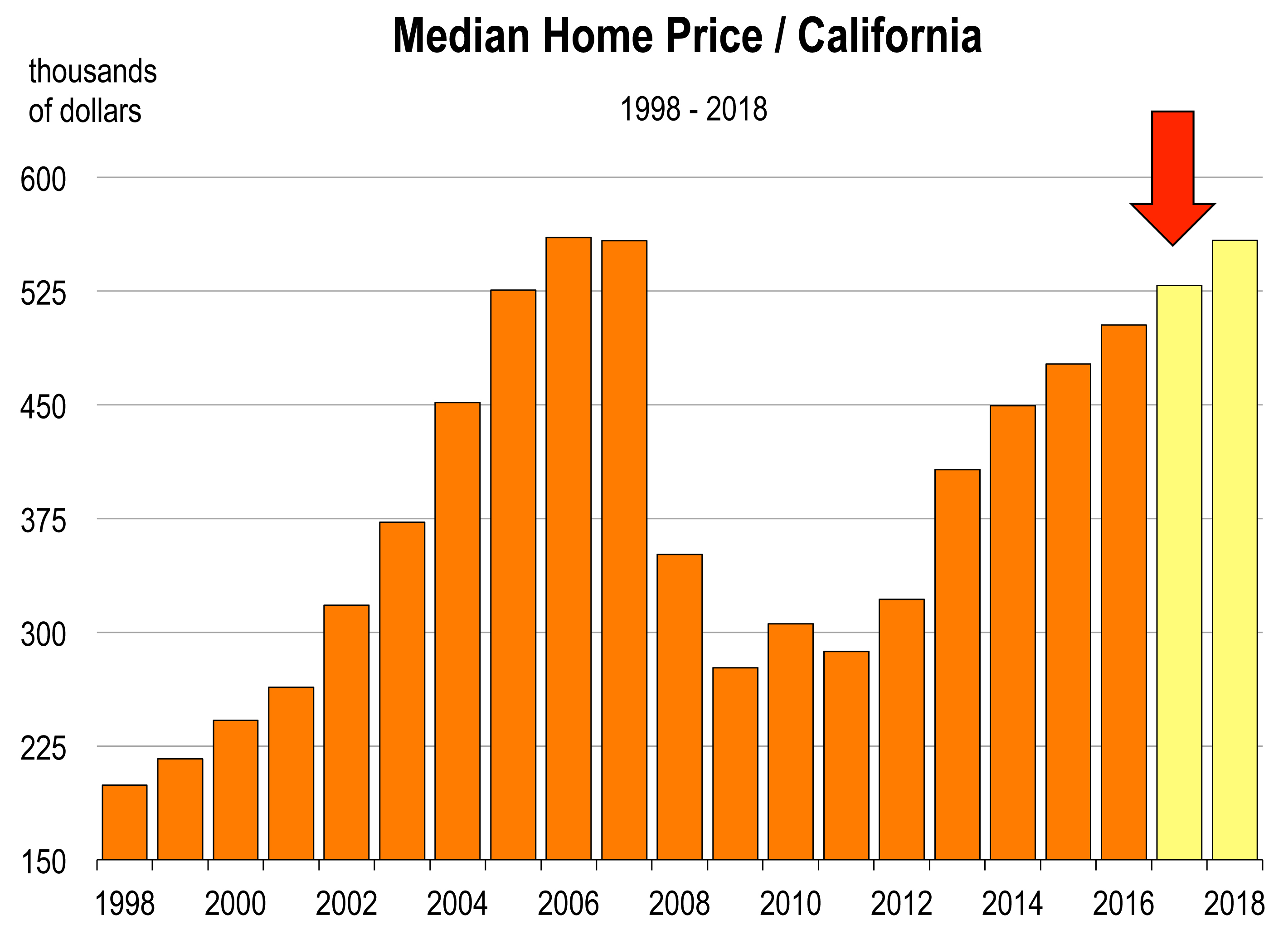 s are tightened and undocumented workers are deported, then the state’s agricultural, construction, and hospitality sectors will experience labor shortages. This will prompt higher wages and salaries and higher rates of inflation in California.

Technology industries are running strong and this is a principal reason that California has outpaced the nation in economic growth. Despite Trumpian rhetoric about bringing jobs back from the Pacific Rim to the U.S., there is likely to be more job creation abroad because tech companies cannot hire enough STEM educated workers here.

Housing will be impacted by higher rates throughout the U.S. but disproportionately in California. Why? Because higher mortgage rates drive monthly payments up by more on higher valued homes. And California has a higher share of higher valued homes than elsewhere. Also, less development of new housing in coastal areas will inhibit the growth of supply. If supply growth does not keep up with demand growth, prices rise. Coastal communities, including the Bay Area, are likely to experience fewer existing home sales in 2017 and higher selling prices.

2017 Entrepreneur Economic Forecast Conference
“Trumponomics, the Markets, and You”
February 2, 2017 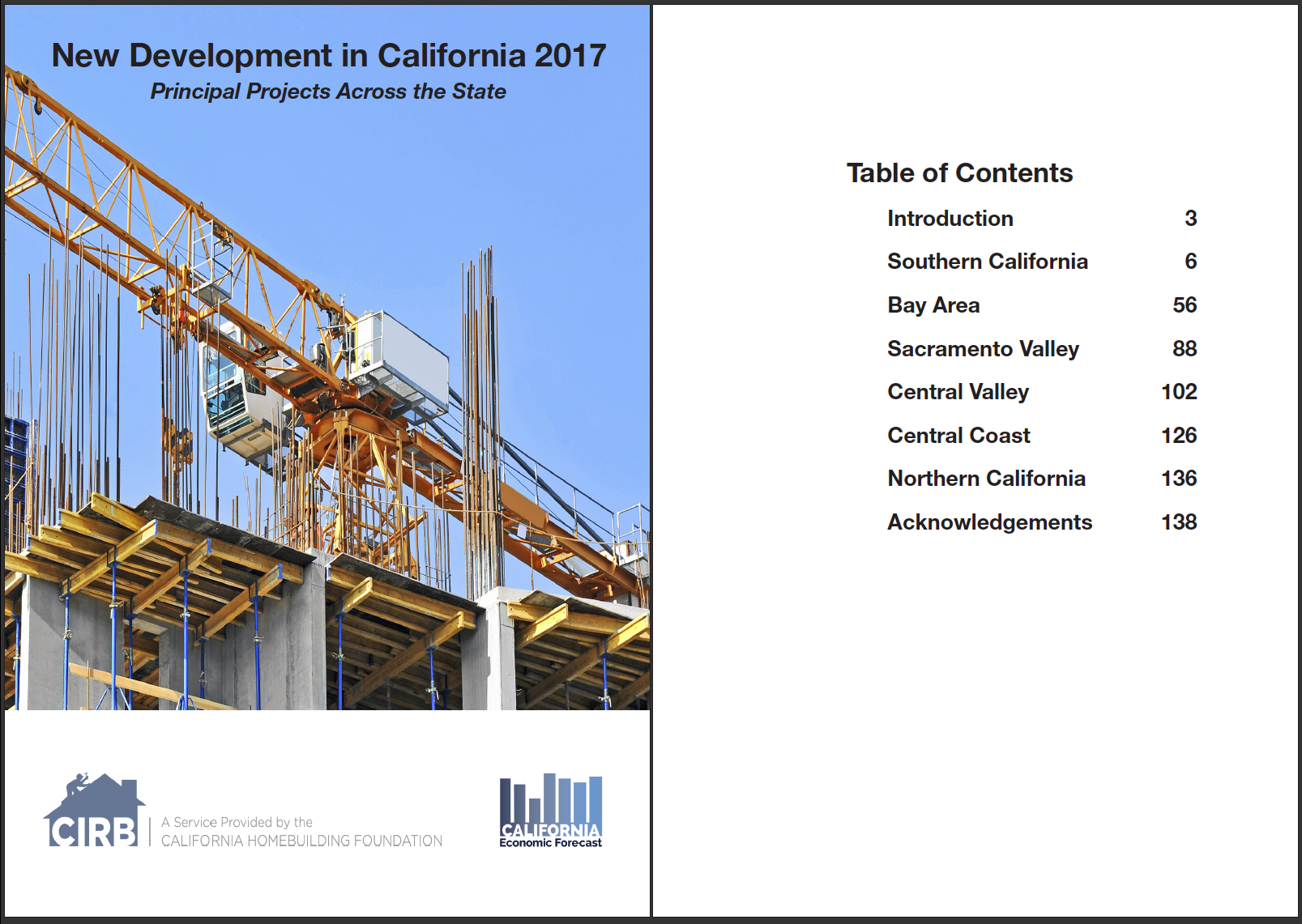 We have partnered with the California Homebuilding Foundation to bring you this exciting new report. In 130+ pages of analysis, we document the major development projects across the state. This report includes projects in all stages of development, from conceptual to nearly complete, and estimates the development pipeline in every major region.

Order your copy today from the California Homebuilding Foundation.

Later this month we will be introducing new housing market forecasts. Covering all major markets in California, this new report will provide data and commentary on the real estate outlook for the next five years. Contact us for more information, and join our mailing list to be notified when they become available.