Trump and GOP congressional leaders share goals of cutting taxes and easing regulations, which would boost business investment. Most economists believe tax cuts, especially if not accompanied by spending reductions, would produce a short-term boost to economic growth.

Moreover, when and if it does occur, Trump’s proposals to increase infrastructure spending would lead to a surge in construction employment and income, and additional economic stimulus for all those sectors that support construction.

The forecast for growth 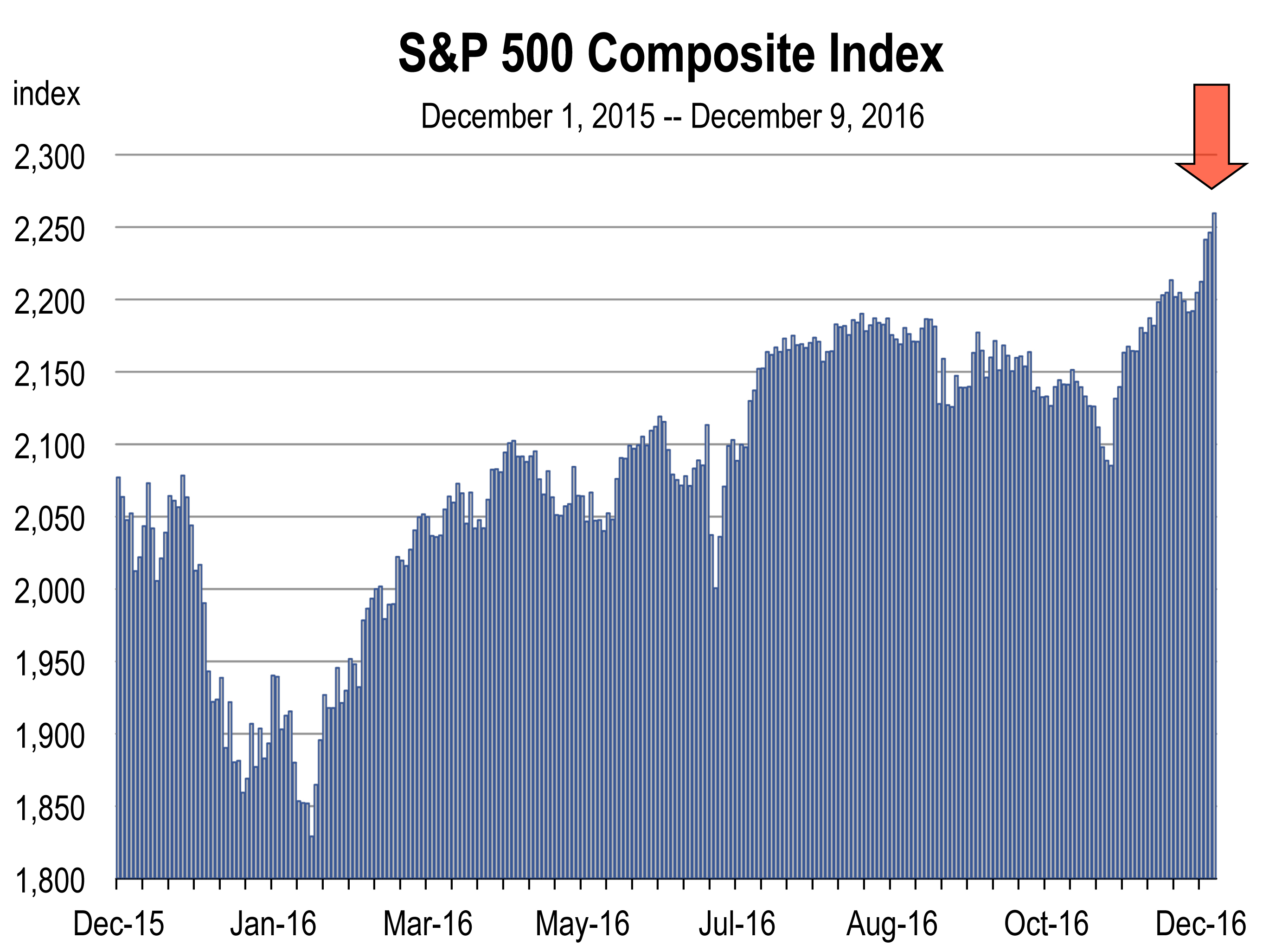 Economists marked up their growth forecasts for the U.S. economy as soon as Trump prevailed on November 9. The economy will expand between 2 and 3 percent in 2017—maybe even as high as 4 percent—and 2.5 percent in 2018.

The risk of recession in 2017 was already low, but it’s been reduced even further now. 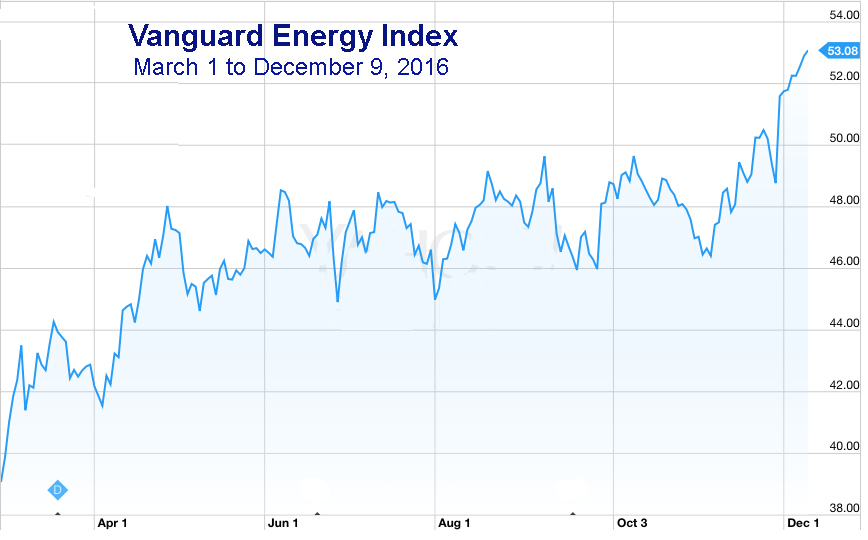 The market is celebrating the end of fiscal austerity. Equity investors have been betting that Donald Trump will live up to his campaign promises to boost government spending, cut taxes and lighten up on regulation. Since the election, all the major indices have been hitting record highs. The U.S. market rose last week recording very strong gains a full month after the election. The S&P 500 has soared 5.6 percent since November 8th. Financial and energy stocks have rallied sharply.

Rates are increasing because the economy is both doing better today and is expected to accelerate in 2017. The markets were already factoring in an increase in rates by the Federal Reserve Board before the election. Remember that long-term rates do not necessarily rise in reaction to the Federal Reserve moving short-term rates upward, but the expectation that the economy will accelerate in 2017 is readjusting the yield on 10 year U.S. Treasury bond, especially under a Trump presidency where higher growth is anticipated. Rates are still very low by historical standards – and they are not likely to move sharply higher in 2017. The forecast has rates rising to 2.8 percent in 2017 and 3.5 percent in 2018.

Year to date, inflation is averaging 1.1 percent nationwide and 1.9 percent in Southern California. The outlook for inflation was already higher for 2017 and 2018, despite which presidential candidate won. Full employment economies and long expansions typically produce strains on existing resources causing their prices to rise. With a greater fiscal stimulus proposed by Trump, the federal deficit is likely to rise and that is pushing interest rates, the dollar, and ultimately inflation even higher.

Recent forecasts have inflation moving to 2.4 percent in 2017 and between 2.7 and 3.3 percent in 2018. This would be the first stretch of sustained inflation above 2 percent since 2011-2012 but I’d hardly consider it runaway inflation.

A leap in consumer confidence 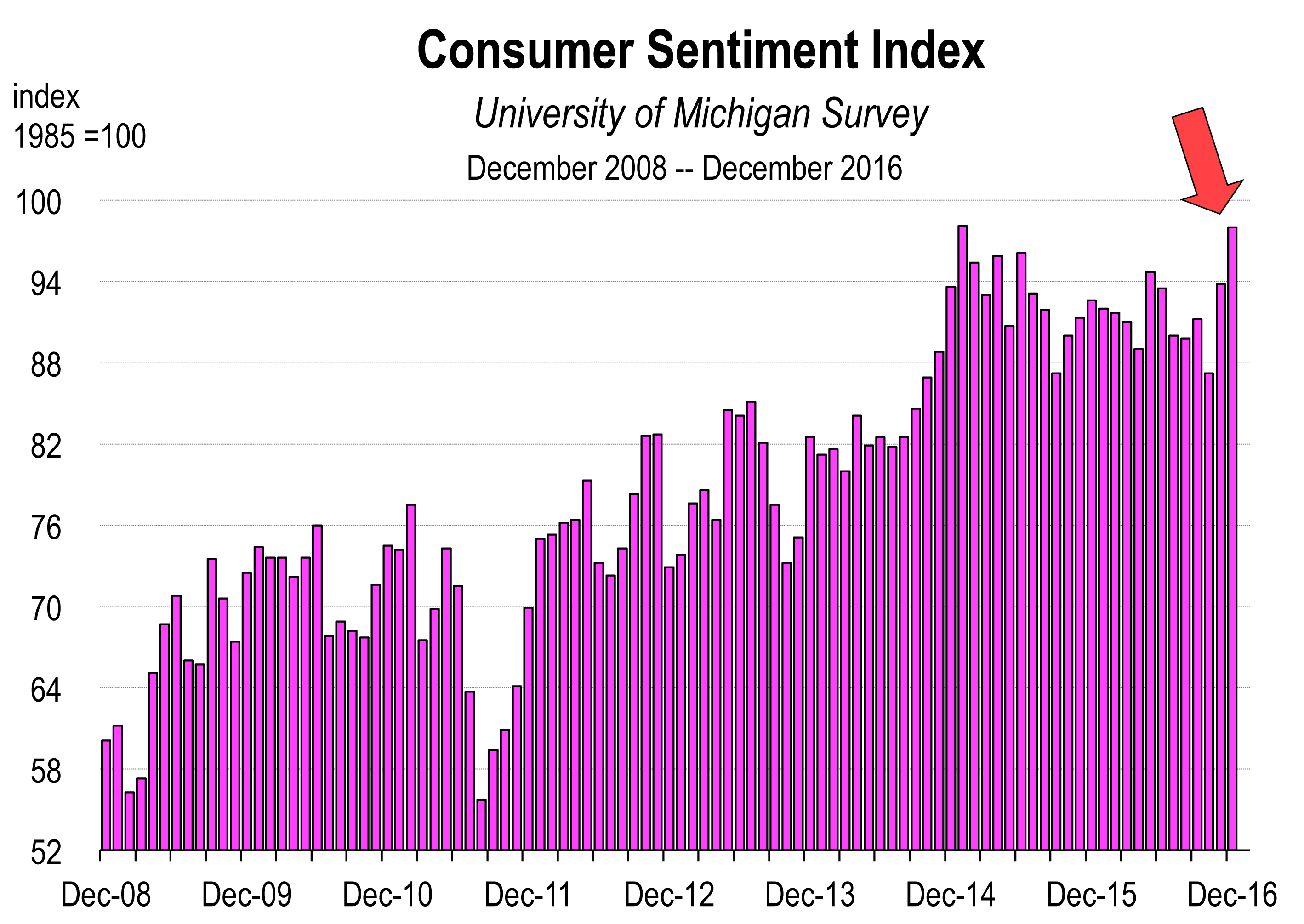 The Conference Board’s confidence reading for November was the highest in 9 1/2 years. The preliminary December report from the University of Michigan climbed sharply as well, rising to the highest level since December 2006. Consumers expect a positive impact of new economic policies following Donald Trump’s election. Furthermore, consumers feel more secure about the economy today and over the next 6 months then they have in years, largely because the labor market is at full employment, the stock market is at record highs, and incomes are rising.

The dollar gains against the Euro

The dollar has been rising sharply since Trump won the election on November 8, which triggered the meaningful sell-off in U.S. Treasuries in tandem with the soaring value of the dollar.

The speculation is that a Trump presidency will mean wider budget deficits and more inflation. 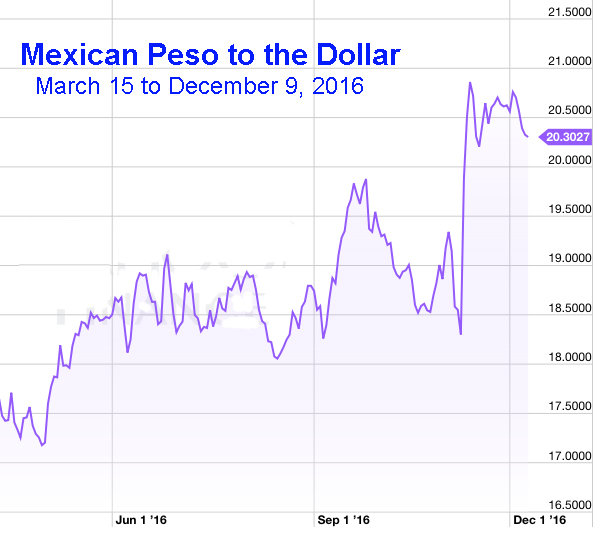 On December 9, the Euro fell to less than 1.06 in value against the dollar, the lowest level in 14 years. The dollar has rallied against most emerging market currencies and especially the Mexican peso, which has declined 52 percent in value (against our dollar) over the last two years.

The deficit is the difference between the federal government’s total spending and total revenues each fiscal year. The annual deficit has been as high as $1.4 trillion in recent years, falling to $587 billion in the fiscal year (2016) that just ended. Trump’s proposed Keynesian policies are likely to widen the deficit in FY 2017 and sharply in FY 2018. While those yello 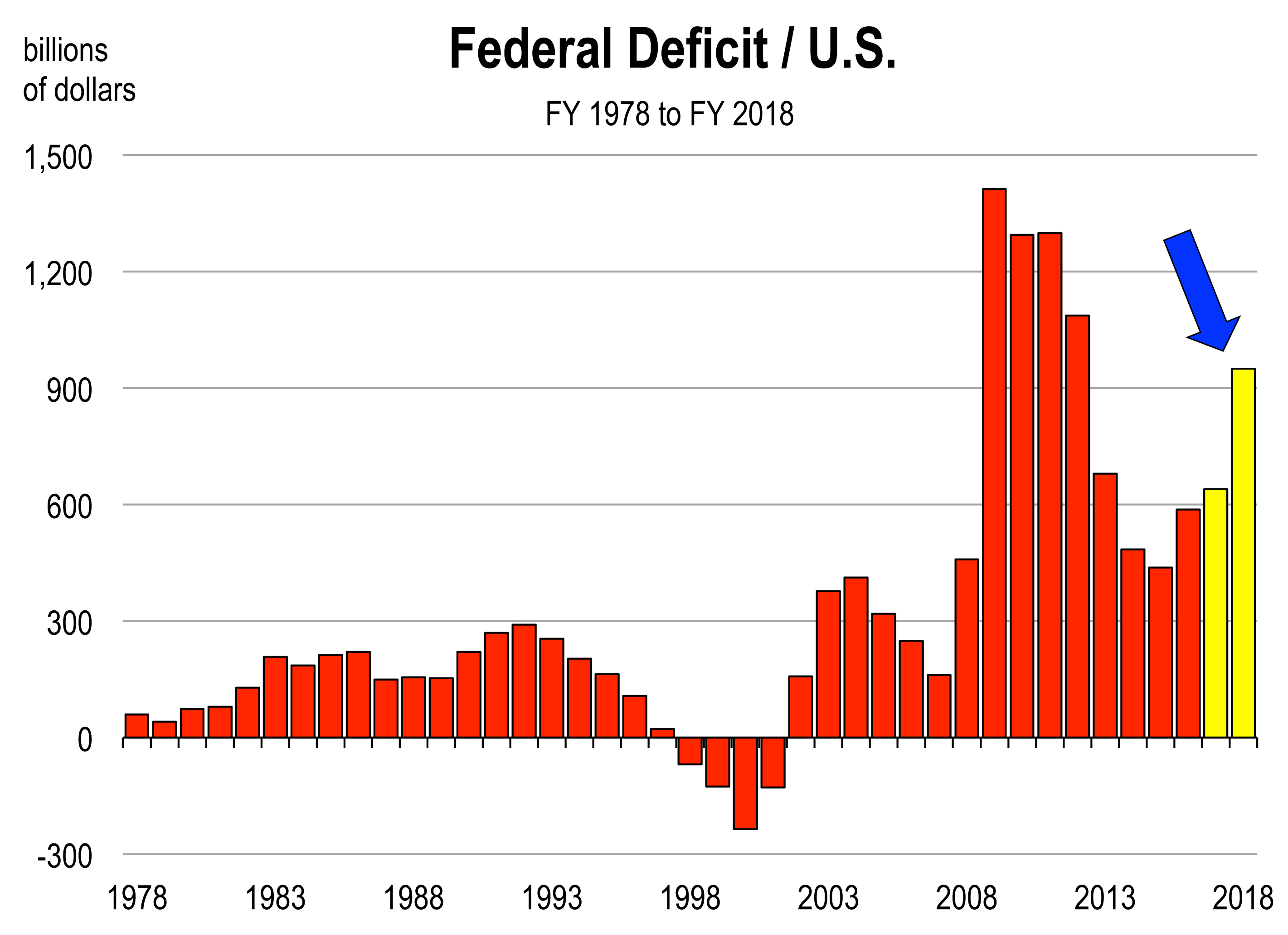 w bars are only forecasts, if Trumponomics is realized, you can chalk up another indicator that is likely to rise sharply.

What does this all mean to you?

Higher Treasury bond rates will likely translate into higher mortgage rates and higher auto loan rates. However, because the stock market is at record levels, you should feel a lot wealthier. Furthermore, your disposable income is likely to rise with the election promise of lower taxes.

And because the unemployment rate is down to 4.6 percent, you are fully employed and your salary is rising anyway. This makes you feel much more secure about the future. That’s what rising consumer confidence is all about.

And as the dollar continues to strengthen, your summer vacation continues to get cheaper, especially if you’re going to South America, Mexico, Europe, and Malaysia.

Santa Barbara Rental Property Association
“A New Paradigm: With Trumponomics coming, what should you prepare for in 2017?”
January 19, 2017