What You Should Know About the Longest Expansion in Modern U.S. History

1. The economic expansion is only 8 months away from becoming the longest on record

If the S&P index reaches another record high, the current pull-back represents a temporary pause and the long bull market would be extended. 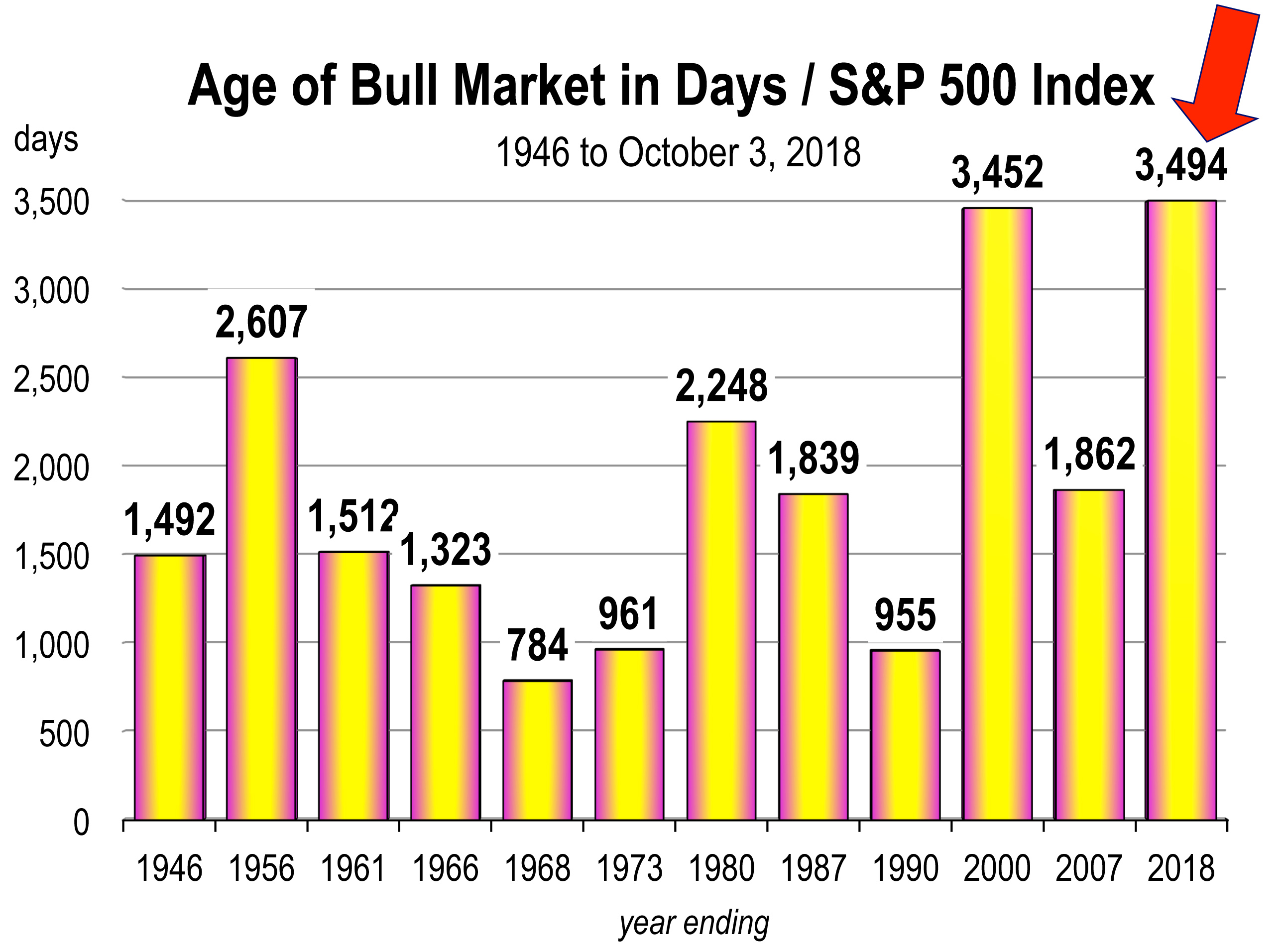 2. GDP growth has accelerated this year, akin to a breakout

And this is unusual at this late stage of the expansion because the strongest surges of growth normally occur the recovery phase of the cycle. GDP growth jumped to 4.2 percent in the 2nd quarter and the initial estimate for the 3rd quarter is 3.5 percent. We estimate a 3.3 percent growth rate for the quarter that we are in now. 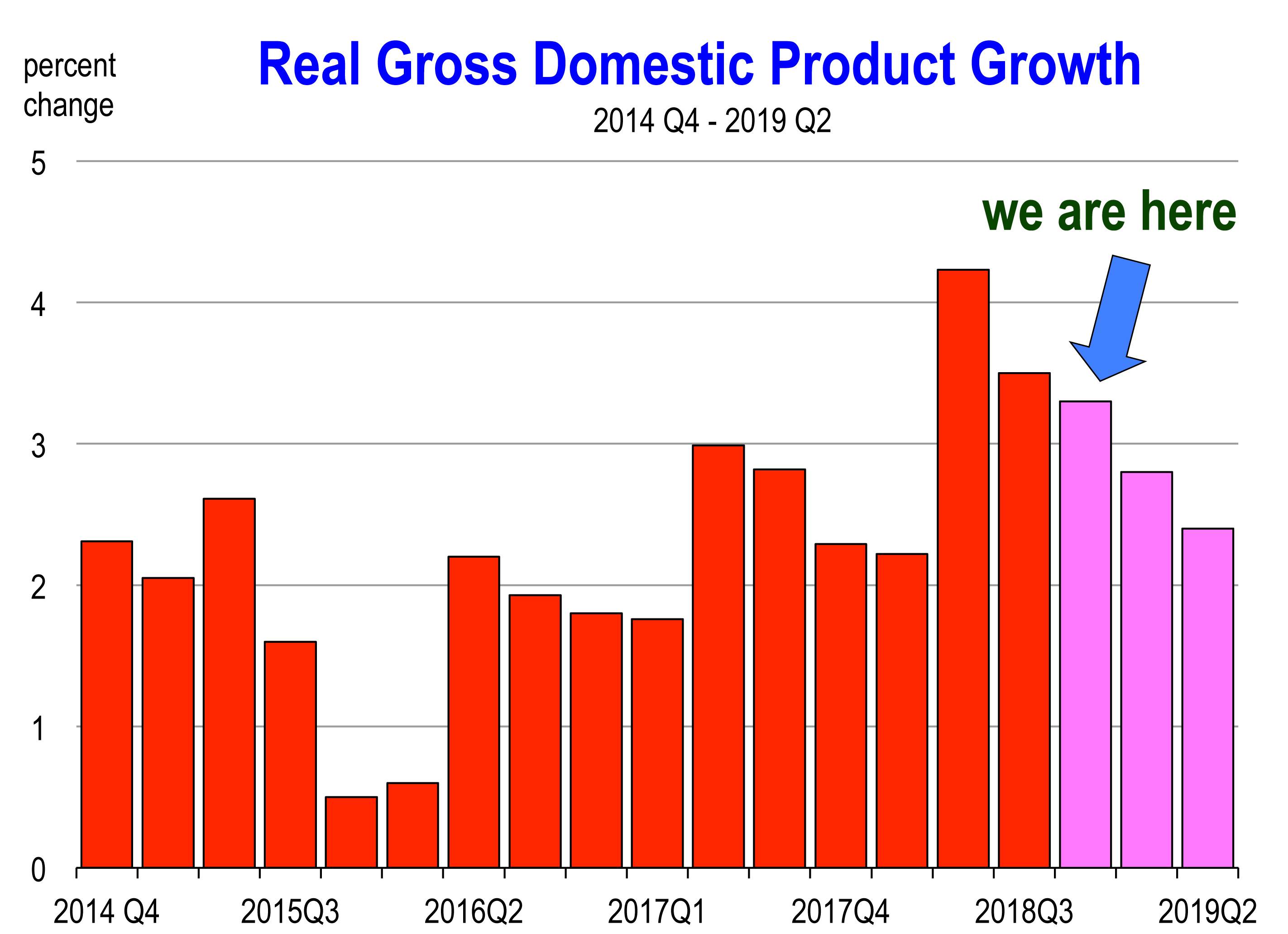 If you want a job you can have one. There are 7 million job openings—18 percent more than a year ago—and more than there are people to fill them. Ironically, this is occurring at a technological time in which many entry level jobs have been eliminated by automation. 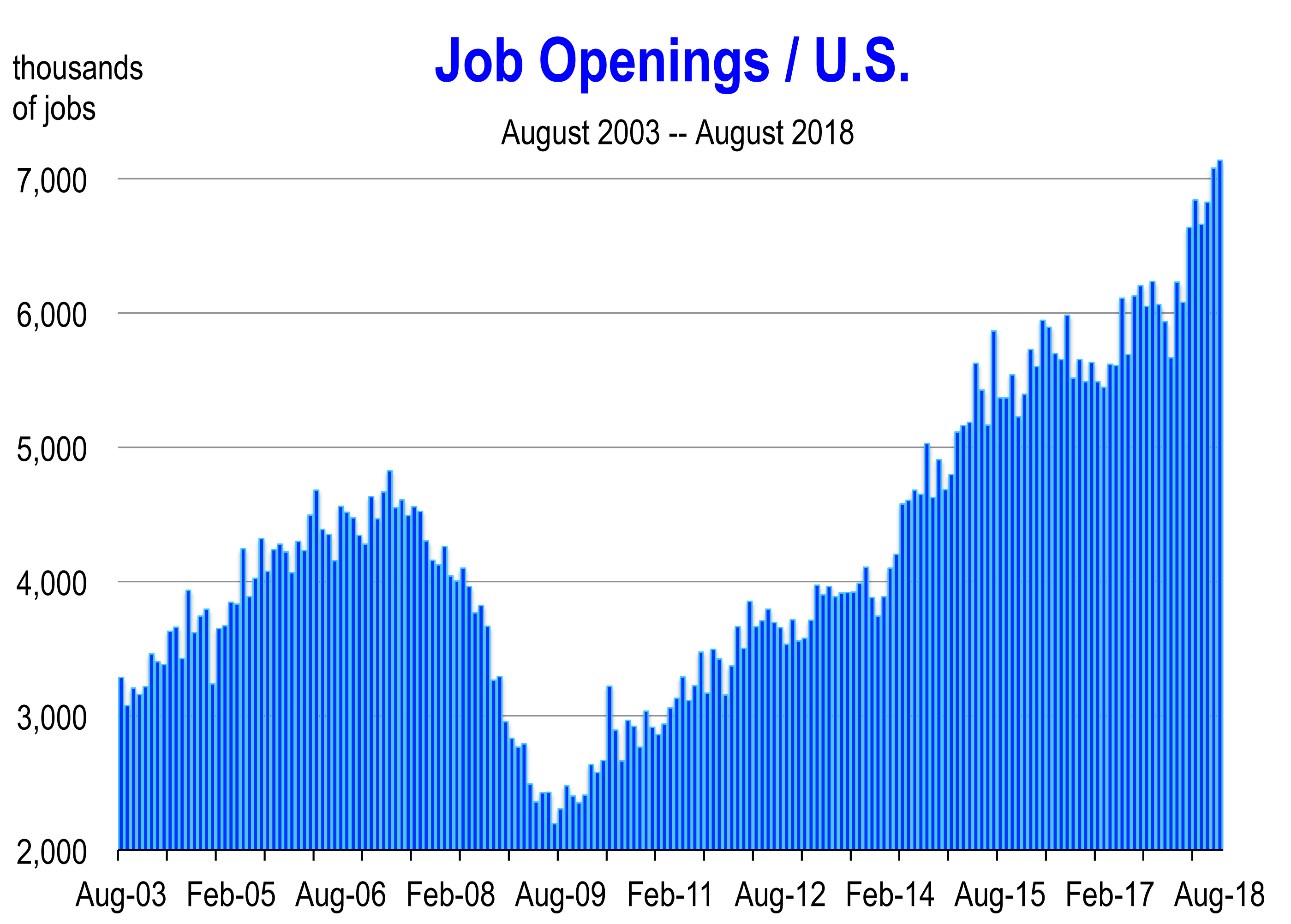 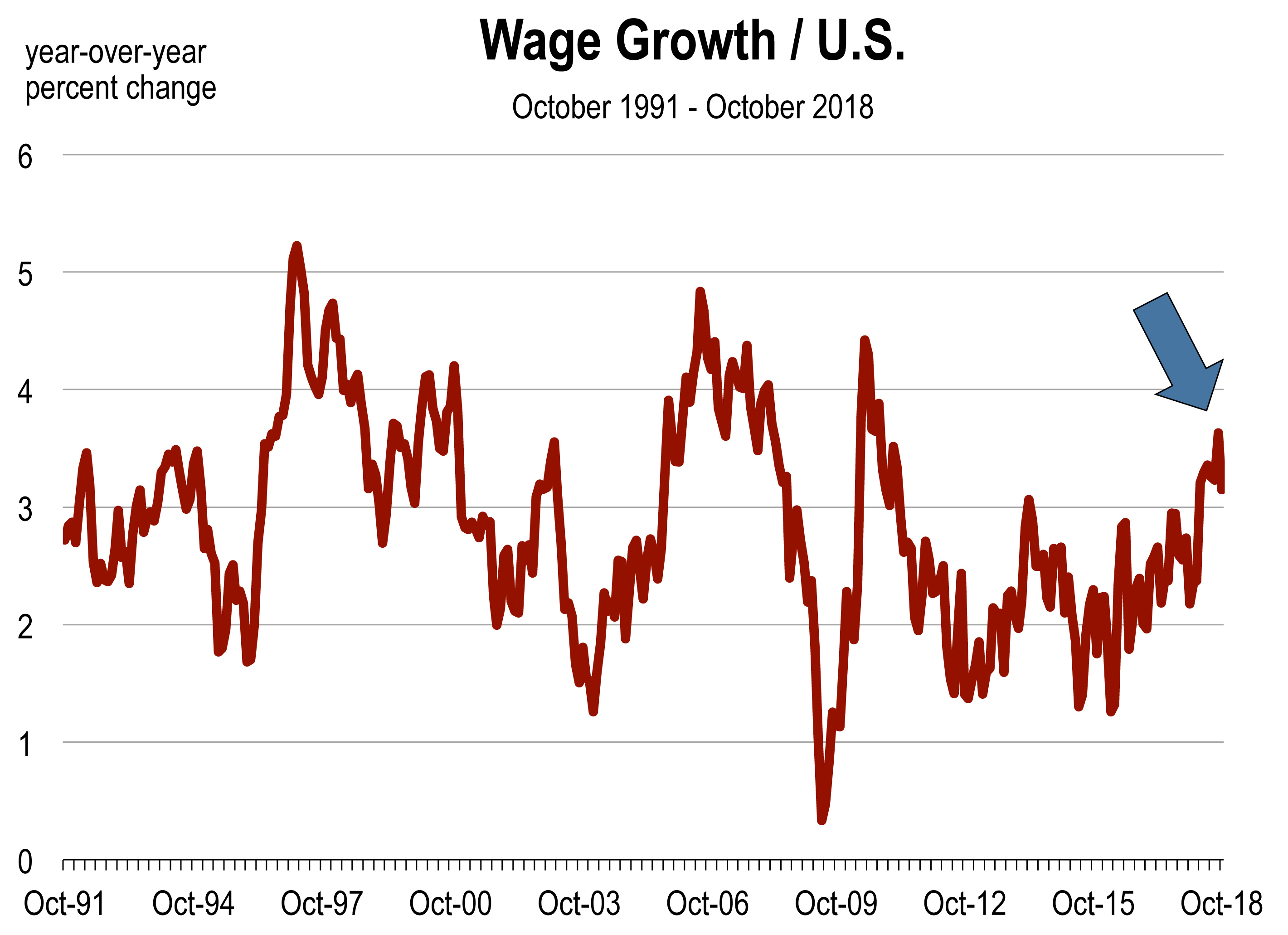 5. However, adjusted for inflation and demographics, wages and salaries are rising nearly as fast as they did during the 1997-1999 expansion, a period often used for comparison

And in California, the growth of wages and salaries during 2018 is the highest in 18 years. 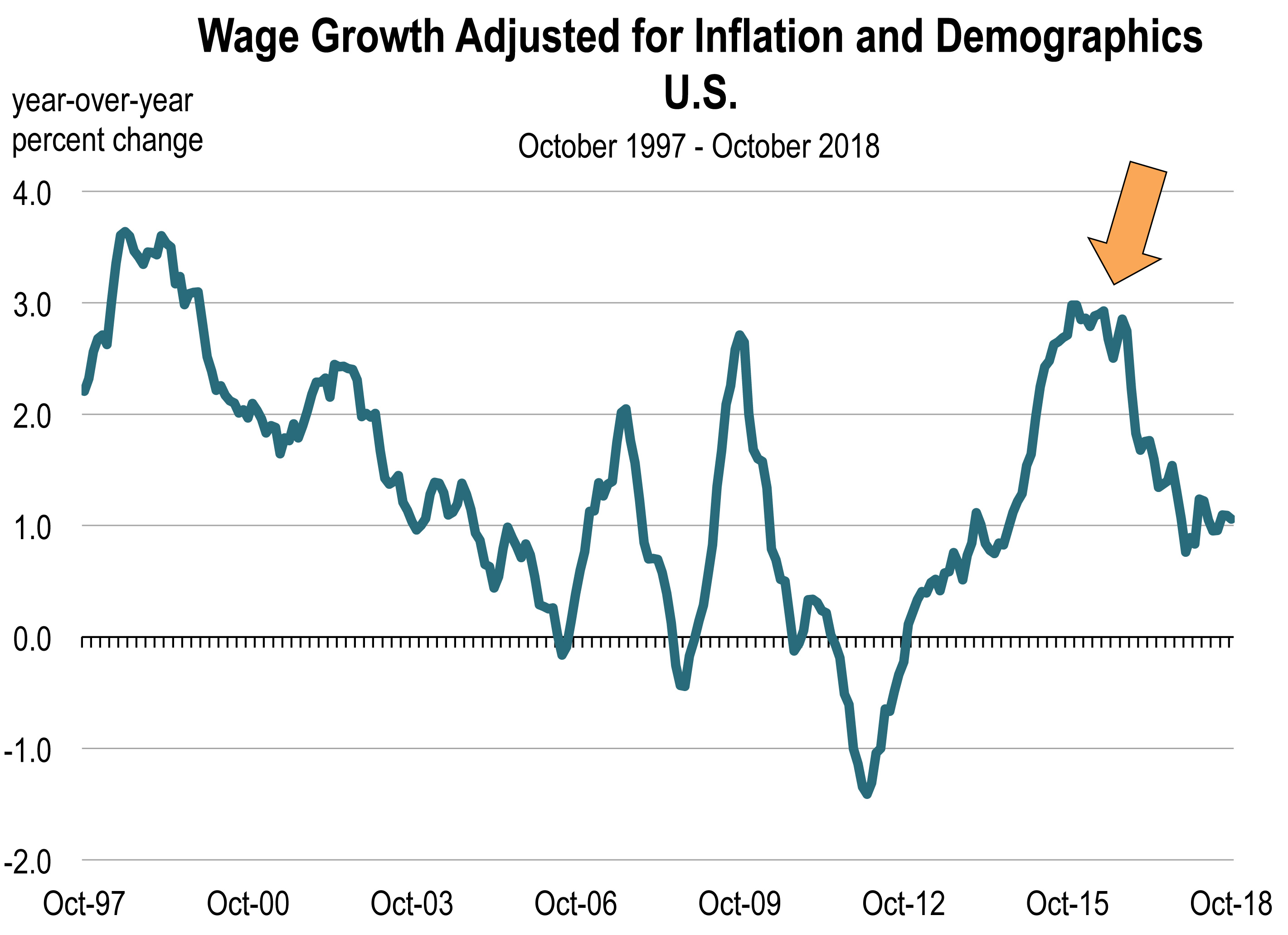 Despite rising wages, rising home prices, rising rents, and rising construction costs, the general price level has not increased much. There are higher rates of inflation in California but no runaway inflation. 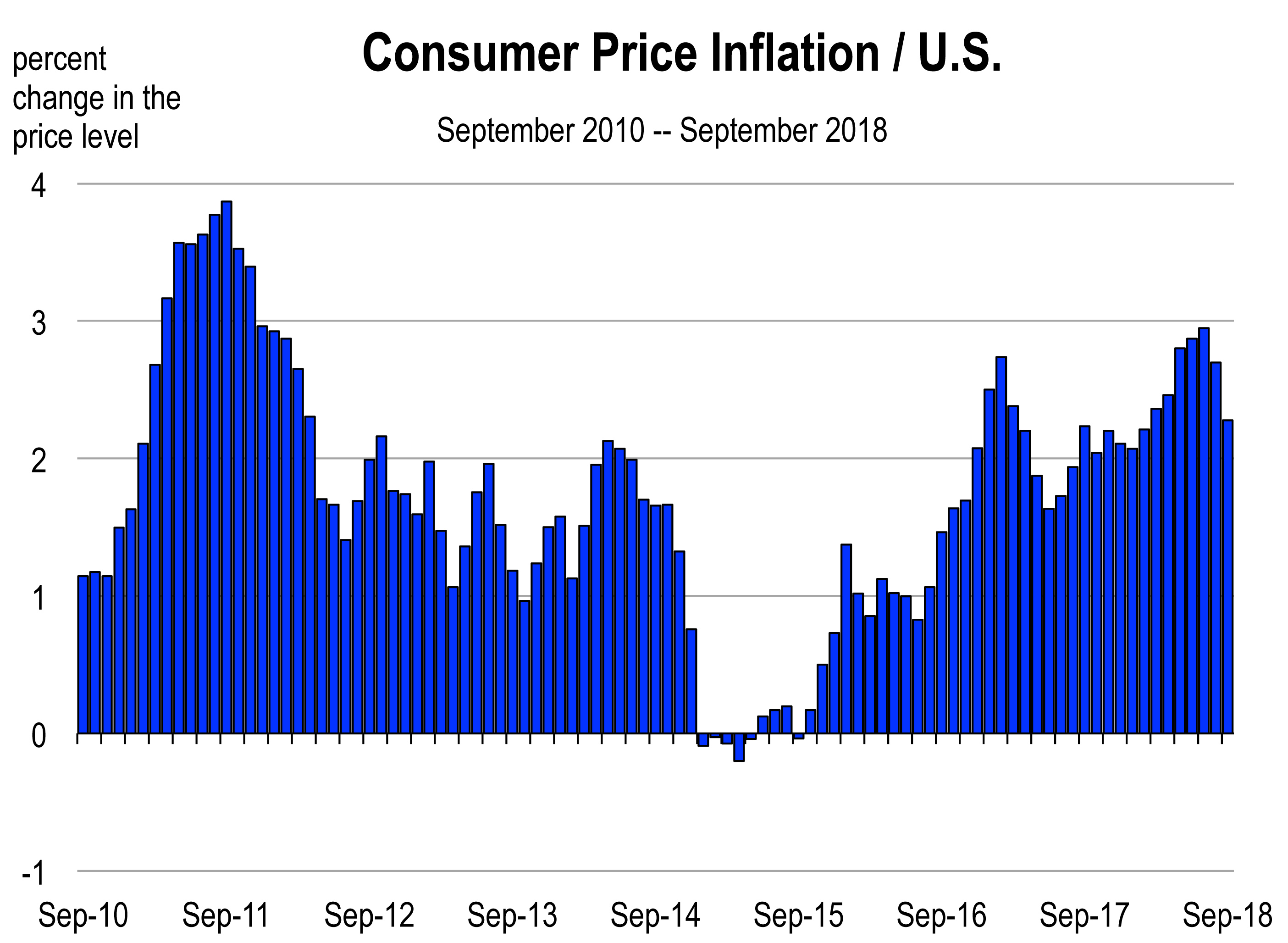 7. Consumer confidence and consumer sentiment are at their highest levels since early 2000 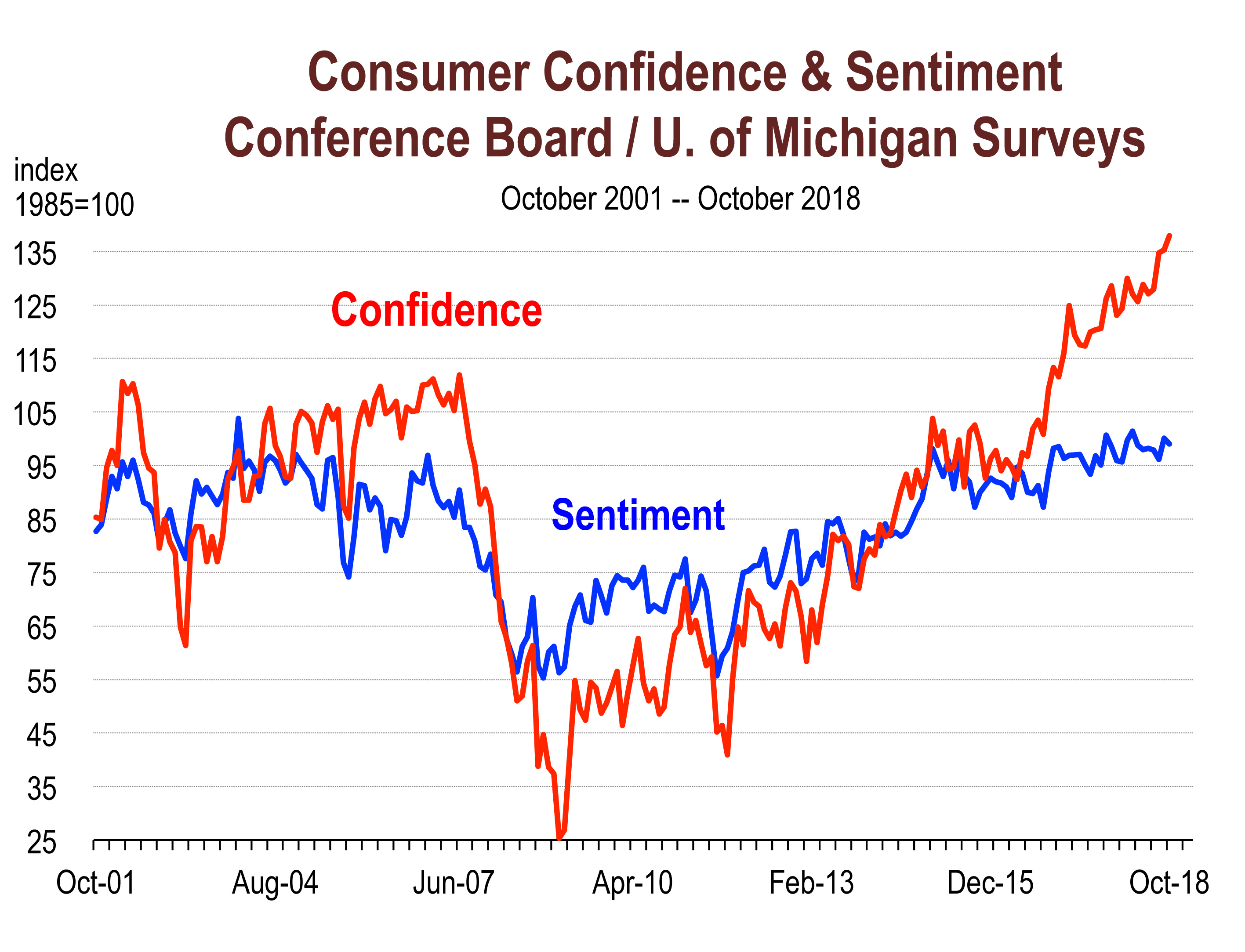 The ISM manufacturing index, which measures the expansion of manufacturing in the U.S., continues to show surprising strength. The August index rose to its highest level since 1984. September and October were slightly lower but still solid. Furthermore, over the last 15 months, more than 360,000 manufacturing jobs were created, the most for any 15 month period since the mid 1990s. 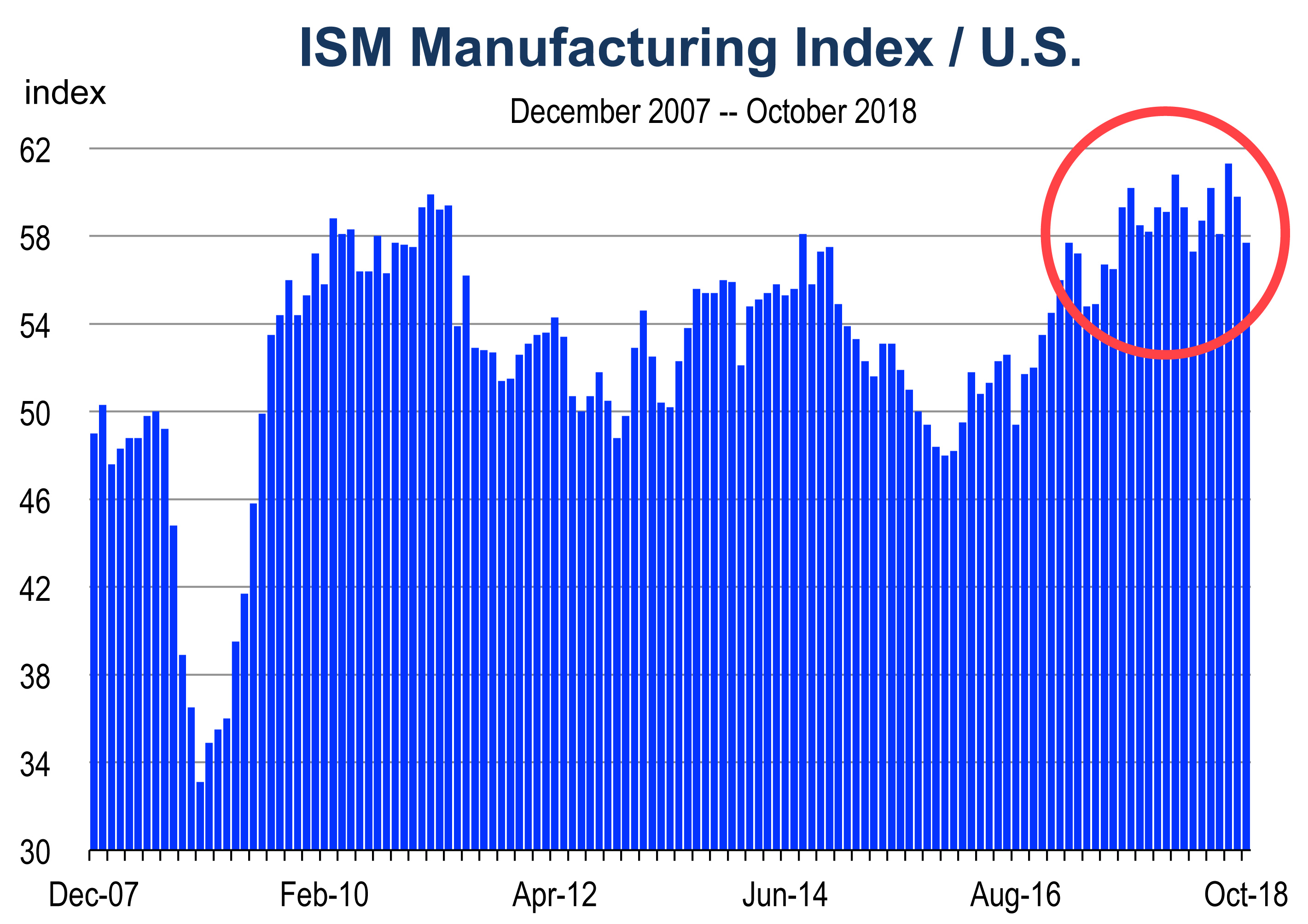 9. Interest rates are rising and surprising no one

There are no surprises because the Federal Reserve announced long ago their methodical plan to normalize monetary policy and so far, they have stuck firmly to it. Consequently, all federal funds rate increases have been anticipated by investors and this has enabled the financial markets to continue their record breaking journey despite rising rates over the last 2 years. 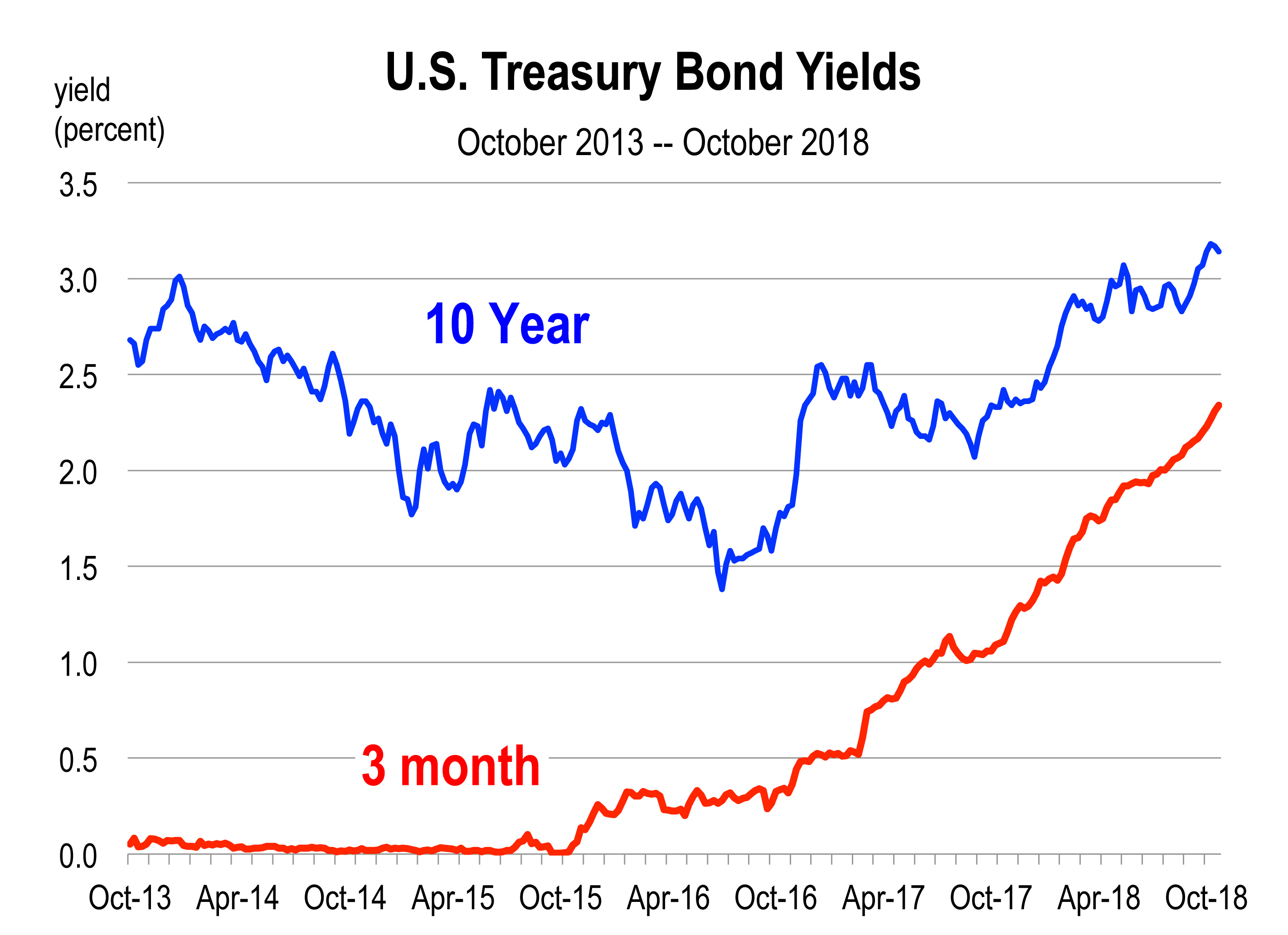 In tandem with the stock market, home prices have been rising continuously for the major part of the expansion. The median selling priced home in most major markets has now eclipsed its previous peak set during the housing bubble days of 2005-2006. This year, so far, home price appreciation in California remains quite strong despite all the claims that the housing market has softened and its days are numbered. 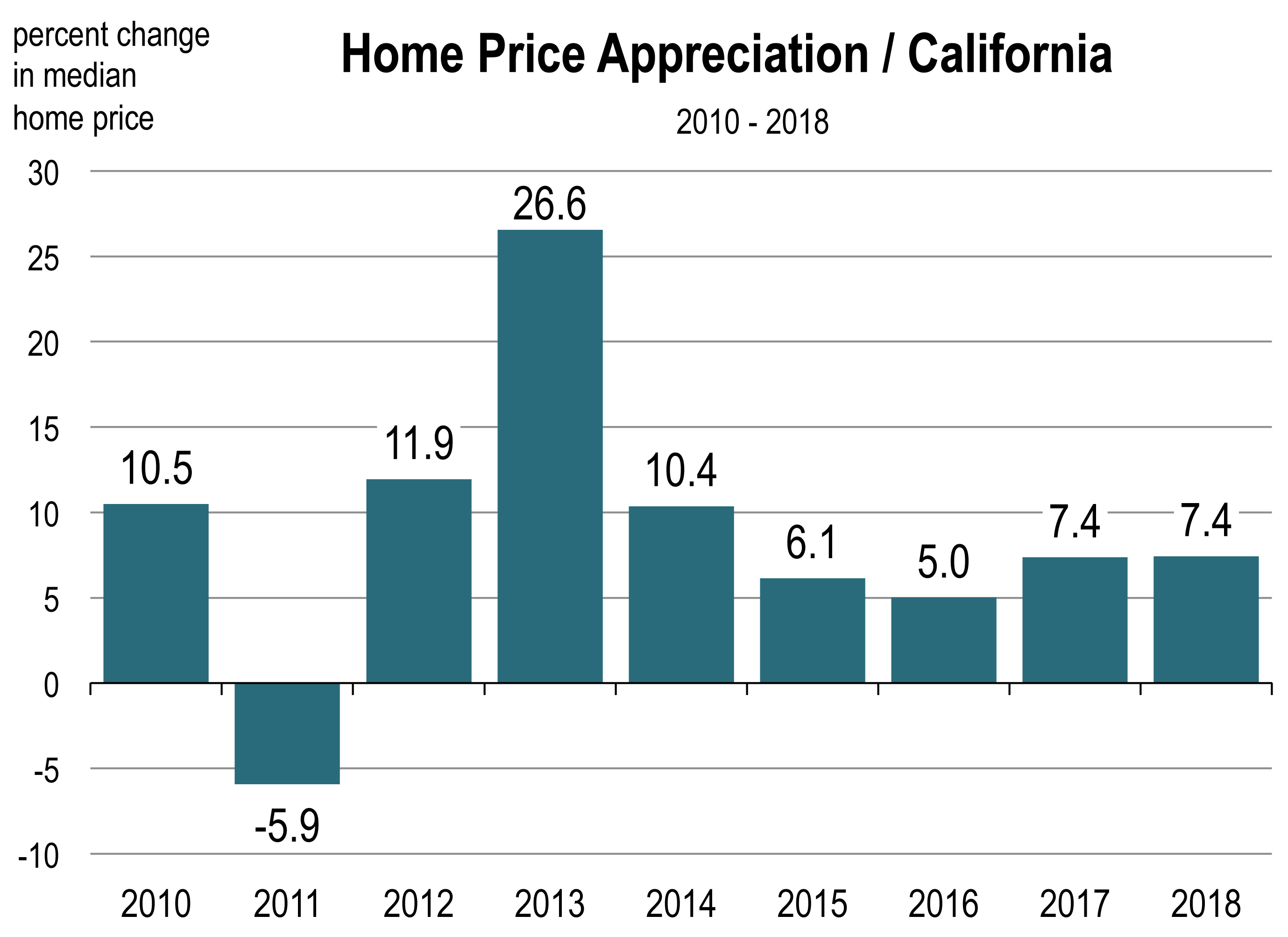