It’s time to review 2019 briefly just before we move into next year. A quick evaluation of the year might provide some insights about 2020 and what we can expect. 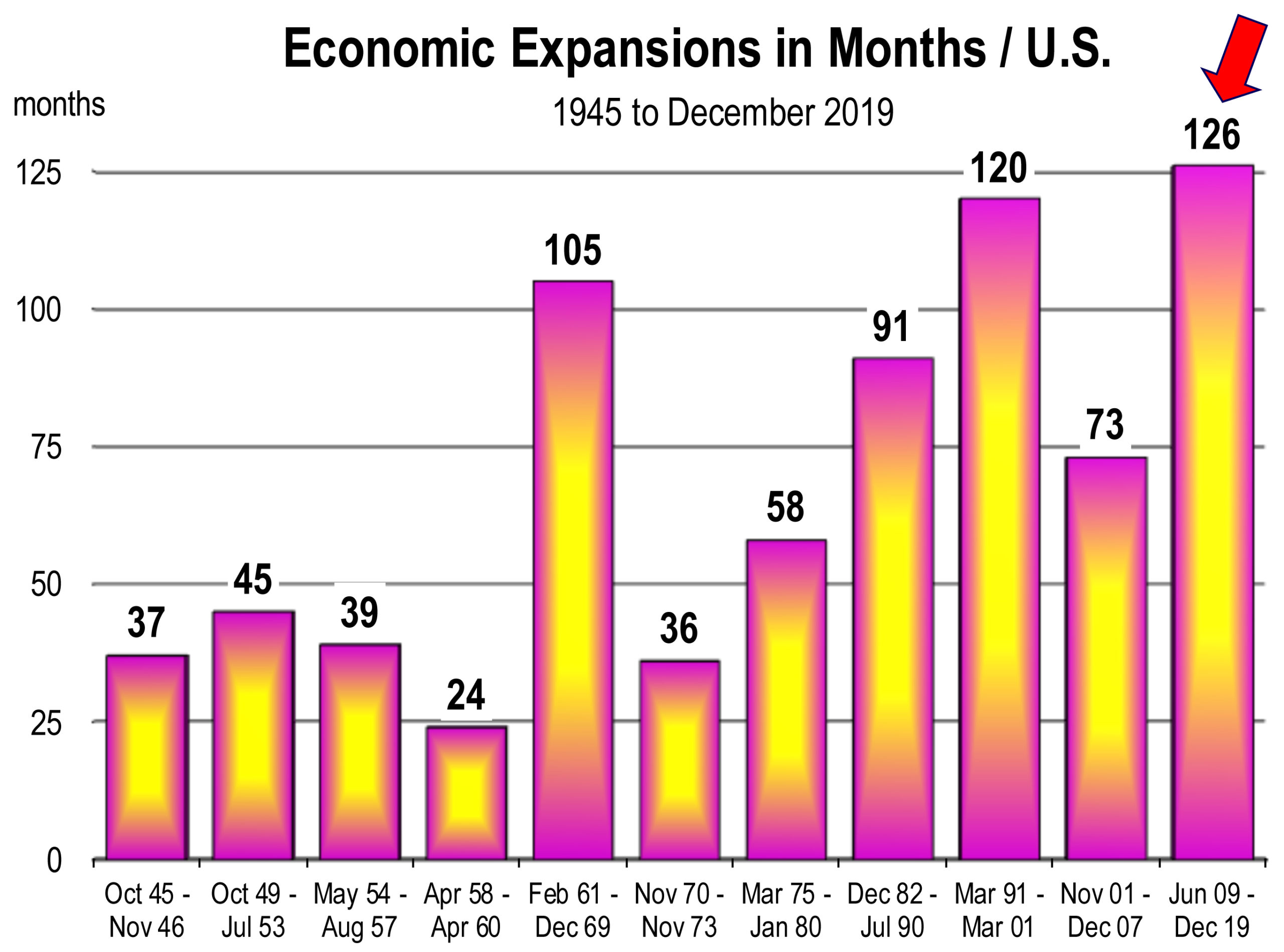 We leave 2019 having observed the record long expansion extended for 126 consecutive months (and no material signs of recession). This means generally favorable conditions for workers and for corporations that are not facing trade war tariffs for their inputs or their outputs.

11 months are in the books for 2019. And the twelfth looks reliably predictable to me. So much that I can provide a pretty definitive summary of how the economy did and whether there is any momentum to lead us into 2020 with continued positive news.

The decade of the 2000s was the lost decade of the American economy where by 2010 there were fewer people employed than in 2000. Unemployment was 10%. Housing bubble splatter was a mess; foreclosures everywhere. Dodd-Frank Wall Street reform was signed.

The decade of the 2010s was just the opposite. There was more steady and continuous job creation during the decade than any other on record. Unemployment plunged to a 50 year low. Average salaries per worker, adjusted for inflation, reached new highs. Household debt reached new lows.

During 2019, the long anticipated recession did not come. But there were early indications that it could have. The stock market sold off sharply at the end of 2018 (down 19 percent) ending the long 3,494 day bull market, but then rebounded sharply early in the year.

The fiscal stimulus has faded—the boost provided by last year’s tax cuts has played out. Interest rate increases by the Fed tightened monetary policy, slowing growth. Since then however, the fed has cut rates three times. 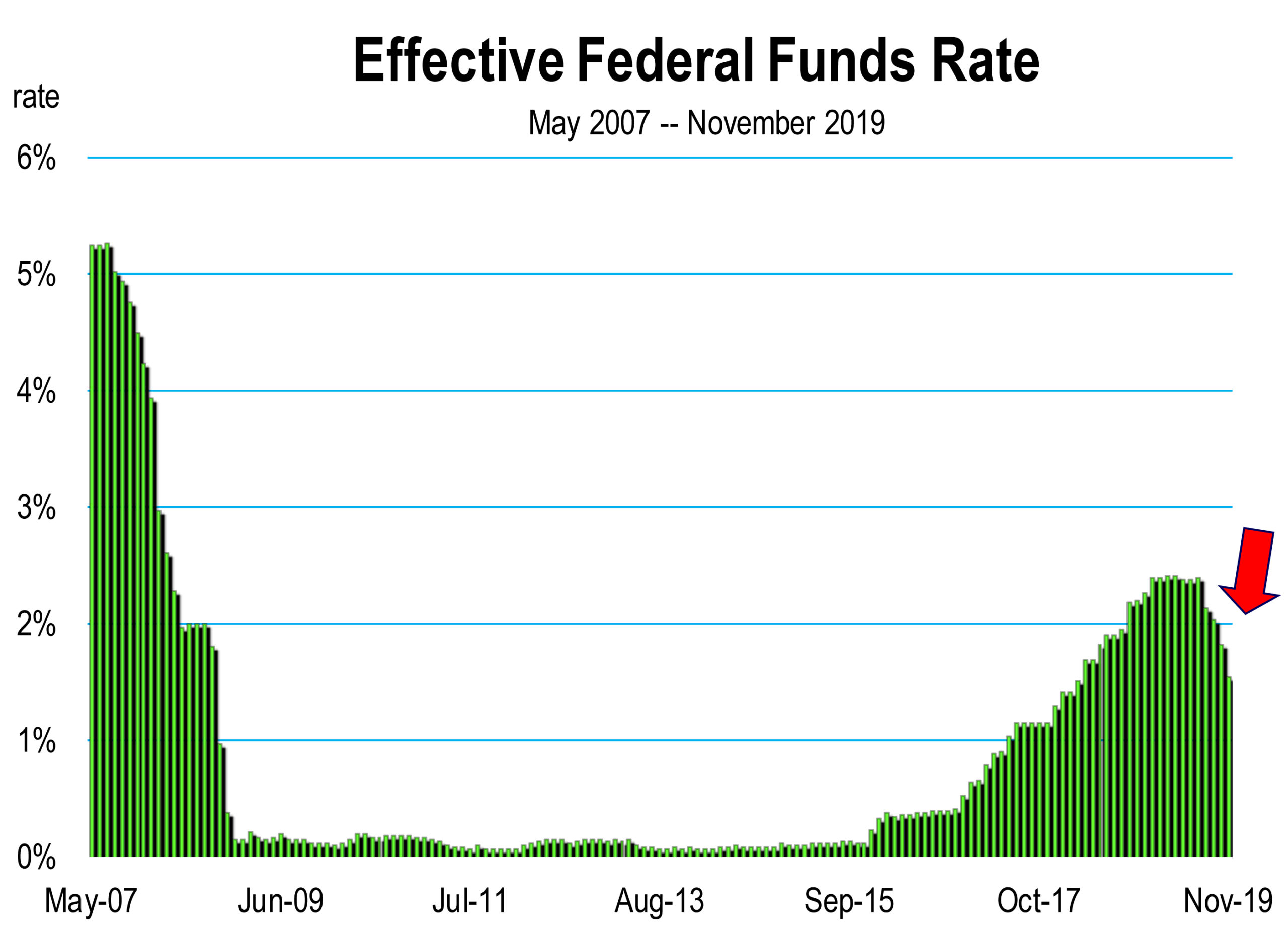 The yield curve first inverted in March, and then remained inverted between May and August. The trade war intensified and many politically oriented analysts predicted impending doom as a result. Uncertainty created by the tariffs has undermined business sentiment and made businesses more cautious. Investment spending has flatlined.

But no recession. In fact, NOT EVEN CLOSE. Overall growth remains above 2 percent. Employment is full and the unemployment rate has remarkably moved lower all year. Surveys of positive confidence in the economy by American households remain near record highs. 2019 has been a huge market for investors as the stock market made several records highs and is currently at another.

And as a result, households keep spending, extending the consumption engine of growth that is largely responsible for the long expansion. Inflation adjusted spending has maintained a sturdy 2.5 percent pace this year.

I don’t see any financial crisis in the offing heading into 2020. There are no asset bubbles. Earnings appear to be holding up well, providing some foundation for the high stock valuations. Weaker trade and tepid business investment, which will likely continue into next year, are not enough to trigger a recession.

What is then? Something that causes us to pull back on our spending behavior. And with wages rising, unemployment at near record lows, and help wanted signs littering the American landscape, those are compelling reasons to expect continued spending and continued expansion into next year.

The U.S.-China trade war is expected to subside in 2020, causing growth to actually accelerate.

Finally, there’s the general notion among economists that if the impending downturn were to occur, it would be short and shallow, perhaps so short and shallow as to avoid official classification as a recession. Recession is generally defined as a period of unwanted idleness of labor and capital. We don’t have that now and it could be avoided during 2020. Currently, all labor resources are fully utilized, industrial production remains high, and capacity utilization of the nation’s factories is rebounding after the UAW strike.

We are on the watch for trouble but haven’t found it yet. So stay tuned because you’ll want to be the first to know. And happy new year.