Happiness is High but for How Much Longer? 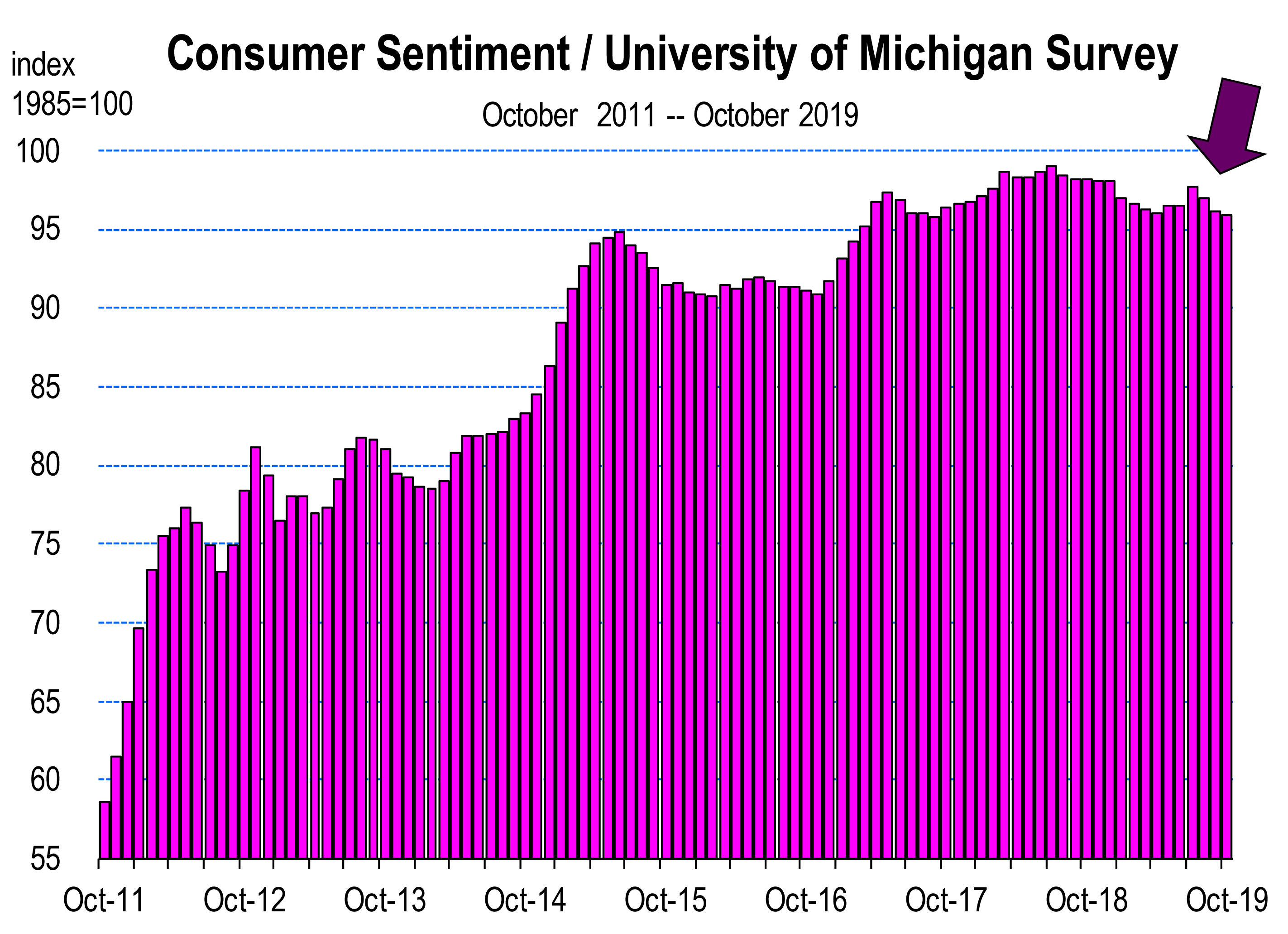 I’m looking at the sentiment and confidence indices that are constructed from monthly survey responses of American consumers. It is remarkable at how much and how long a time we have been optimistic about the economy.

Consumers like you and me are finding little not to like in the present environment of low unemployment, healthy job growth, low interest rates, low inflation, and a stock market that continues to make record highs this year. Consumer confidence remains high, even though it has ebbed and flowed a little these last 6 months.

Growth in the economy right now is being led by your and my assessments of current economic conditions, which are keeping us happy and keeping us spending. While we believe that the outlook has weakened, it’s only a modest change from 6 months ago, because while there is a trade war, it has had little direct effect on us. Gasoline prices would typically sour our moods if they were to jump suddenly. And they did after the drone attack in Saudi Arabia, but even that proved relatively short-lived.

The way consumers feel and perceive the economy is particularly important for the outlook at present. Often sentiment simply reflects the state of the economy and adds little additional information necessary for forecasting the economy. Nonetheless, sentiment can be an early indicator of a turning point in the business cycle, especially when pocketbook issues are driving the movements. 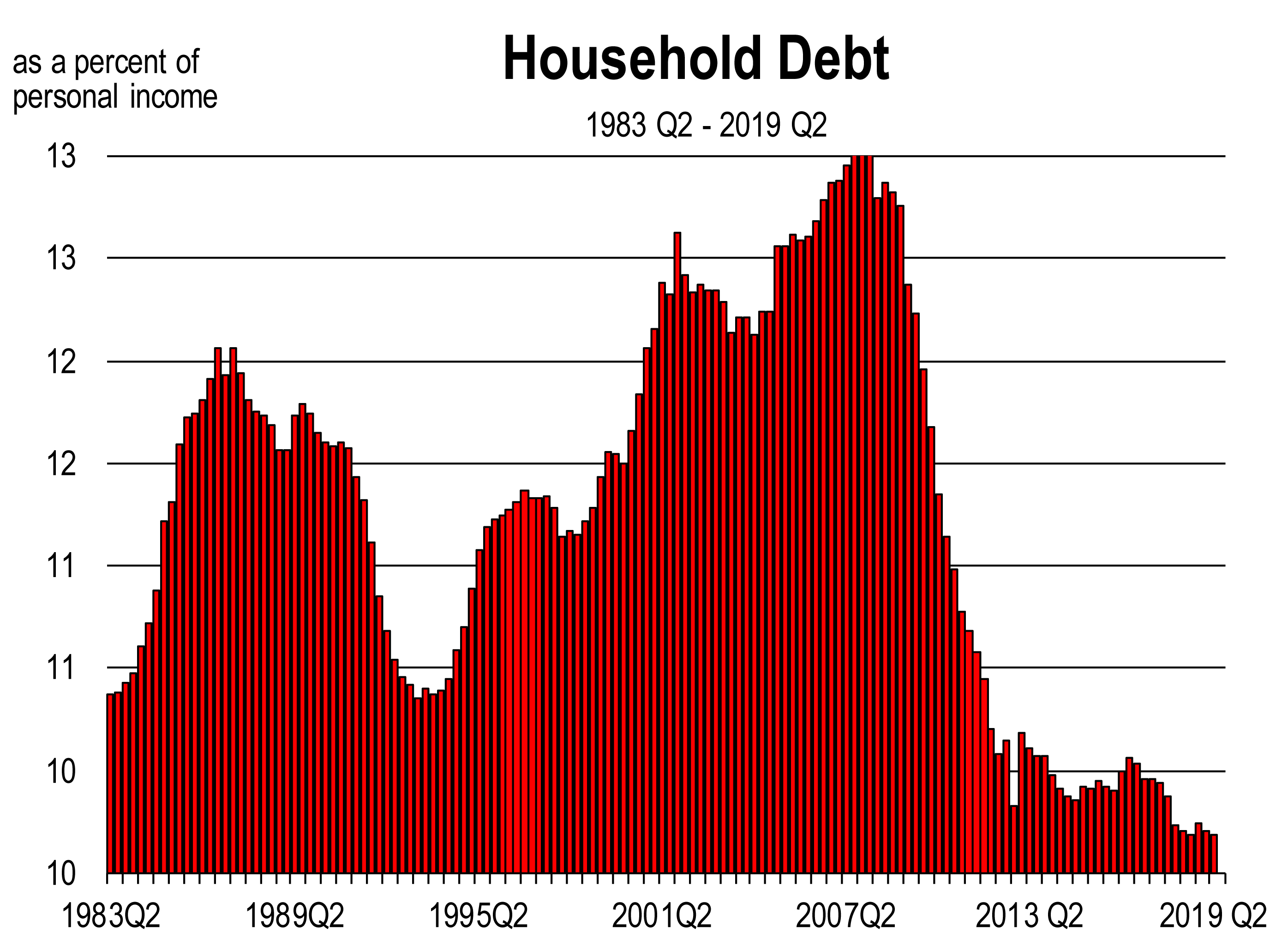 With manufacturing in a mild recession now and some of the economic indicators weakening, a significant slowing in consumer spending growth now could be fatal for the expansion. Inflation expectations are also important to watch. A sustained drop in inflation expectations would be a concern to the Federal Reserve and may increase the likelihood of additional rate cuts, while a major increase could heighten fears regarding the trade war and the tariffs.

Confidence is high by historical standards since there is much for consumers to be happy about. The strong job market is the primary support. With unemployment at a half-century low and wage growth healthy, there is little in the job market for consumers not to like.

Household debt is at 39 ½ year lows (or the lowest level since records have been kept). And the stock market at record highs is providing another significant boost to our economic sentiments.

If there is a problem then it is this: we know that growth is slowing and the stock market will be unlikely to post sustained gains. The value of your home, for the most part, has also stopped appreciating. Consequently, confidence has nowhere to go but down.

High consumer optimism stands in contrast to businesses’ attitudes. Global businesses remain depressed, as they have been for much of the past year, since the beginning of the trade war with China and other U.S. trading partners. Business survey results have grown as bleak as they have been since the global economy was coming out of the financial crisis a decade ago. And a weakening in hiring intentions by firms in recent weeks will ultimately be a concern for consumers and their economic outlook. 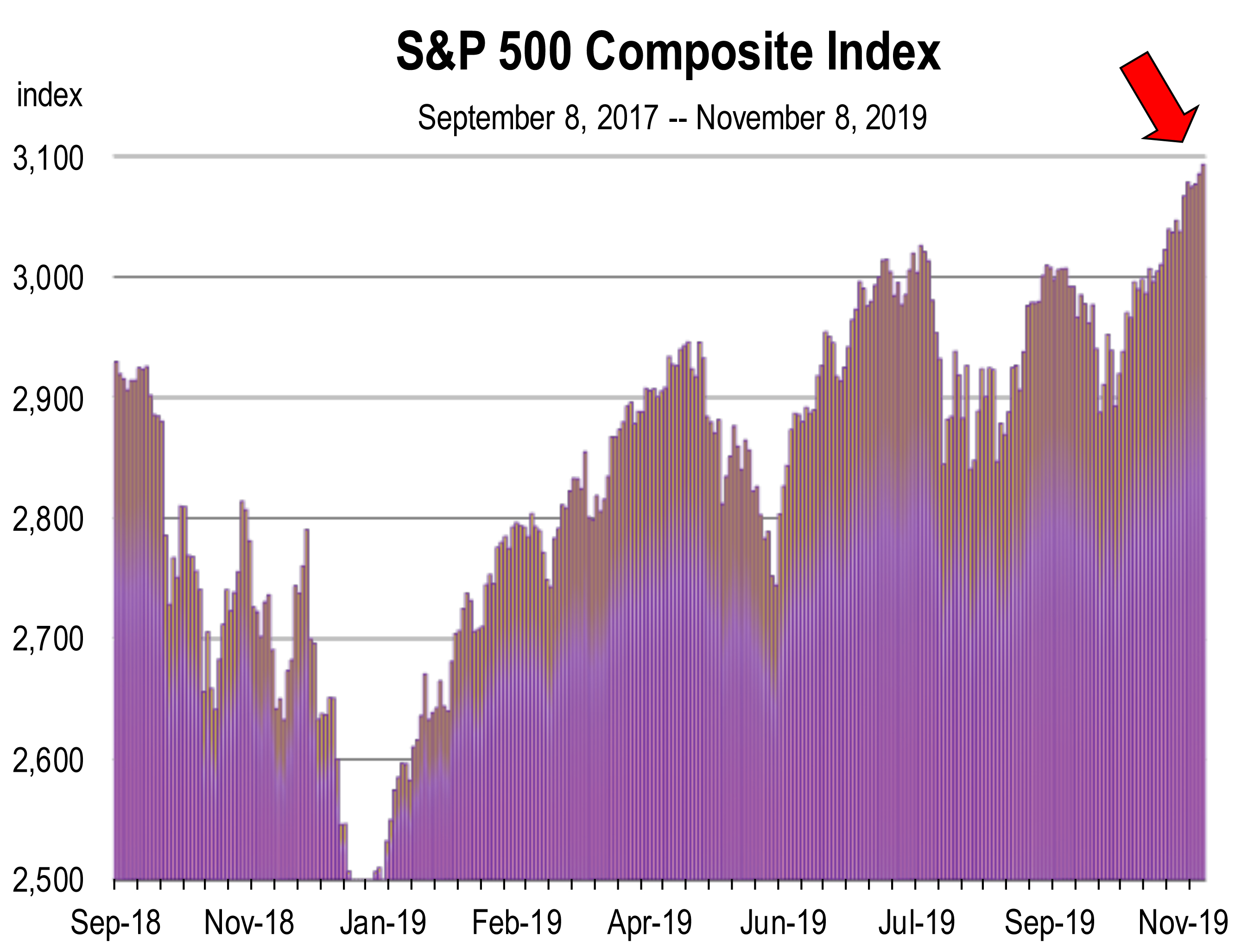 The economy is slowing. So even if consumers are happy and are in a sound financial position, they are nevertheless starting to spend less and the retail sales numbers including auto sales bear this out.

Manufacturing is contracting now. The stock market is high but there is a lot more volatility indicative of nervous investors. Furthermore, the stock market has gained little ground over the last 6 months, up only 2 percent since April. And this is part of the reason why the confidence or sentiment indices have slipped from their cycle peaks.

The retail spending outlook is positive, but not enough to prevent growth from moderating. The saving rate is high, giving consumers freedom to spend increases in their income, but there seems little motivation for them to spend much more. Job growth will remain the strongest support to sales, and the tight labor market is putting upward pressure on wage rates. However, the pace of job growth has slowed and will slow further as workers are becoming less plentiful and falling profits and uncertainty drag down business sentiment, limiting the support to total income growth.

So as expected, consumer spending growth is slowing after consumers contributed powerfully to economic growth earlier this year.

Growth in spending continues to slow going forward, but it will not collapse, as important supports remain in place. Job gains are still strong, and despite the weakening in business confidence, layoffs are not much of an issue because initial jobless claims for unemployment insurance remain very low. Growth in wage rates is also strong. Hence, income growth will hold up despite slower employment growth than last year.

How long can we remain happy? For the moment, for the next several months without much doubt. And there could very well be surprises to the upside. But in general, the slowdown scenario for 2020 has a noticeable weakening in consumer spending by the summer, and this will manifest in slower sales at Target or the Toyota dealership in your neighborhood. So plan accordingly.