The Golden Age / Another Reminder

GDP growth in the 4th quarter was 2.6 percent, which is in line with expectations. This amount of economic growth is not too hot and not too cold, and at this point in the economic expansion, it’s actually a decent number. Though most of the GDP reports during the current expansion are considered disappointing, the economy continues to hum along producing new highs in many key indicators along the way.

I wrote about this last year and conditions have only improved since. We are at fuller employment, a much higher stock market, higher consumer confidence, higher industrial production, and a faster than expected pace of consumer spending. 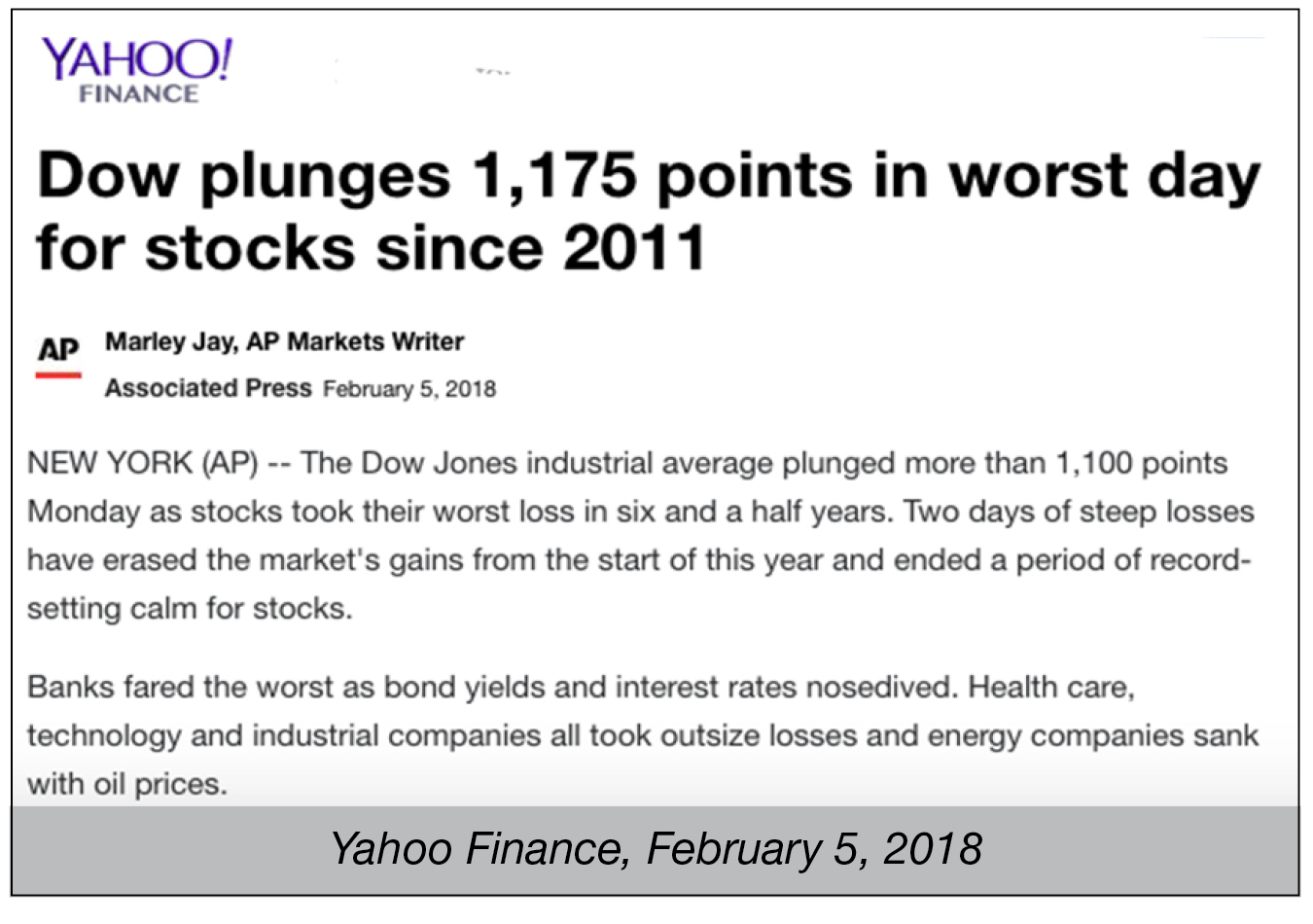 Why? Everyone has a job, business confidence and investment are strong, and the world economies are growing including the troubled ones like Spain, Greece, Ireland and Italy.

Last year I called it another Golden Age of the American Economy. These don’t come around often so enjoy it while it lasts. But that begs the question: How long will these times last?

The financial markets sold off sharply on February 2, and again on February 5. What does this mean? Is this a timely omen? Are we now in the midst of an inevitable fall?

As an economic forecaster, I’m always on recession watch, but admittedly I’ve been able to nap a bit at my post because the economy shows no tell tale signs of weakness.

A 2,000 point contraction in the Dow Jones Industrial Average (or a 200 point decline in the S&P 500 index) is actually a healthy sign for this market. The indices have simply risen too far, too fast and for too long without a pull back. We have been expecting some sort of correction for quite some time. Profit taking is inevitable and arguably, the price-to-earnings ratio is on the higher side of history and needs some adjustment.

Fundamentally however, corporate profits are higher and should continue to rise this year because of the new tax policy and a growing world economy. I look for the financial markets to stabilize and resume their upward march this year, albeit with a little more volatility than we’ve seen the last two years. 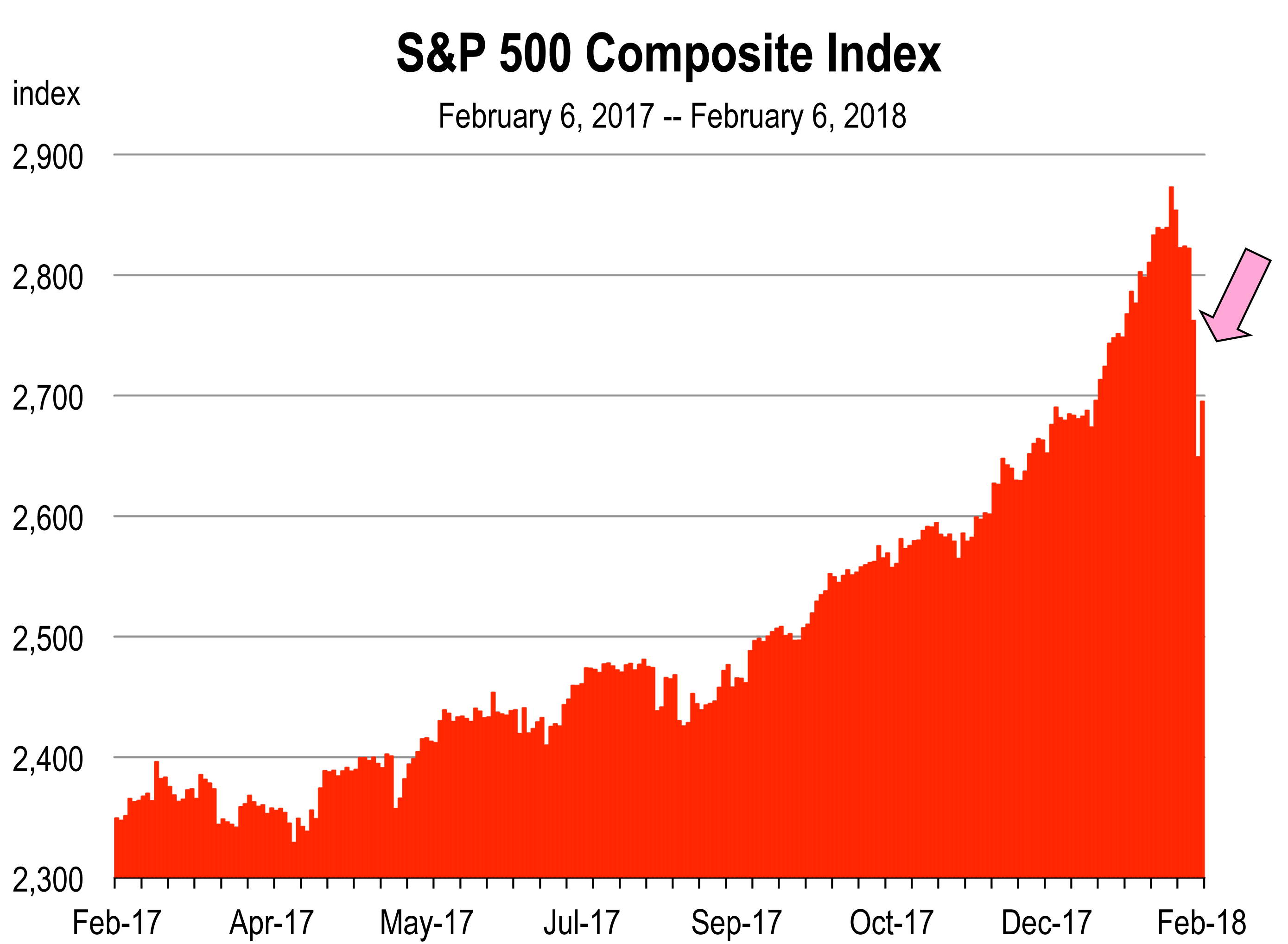 The probability of recession is unbelievably low and business confidence around the world remains surprisingly strong. Just because the financial markets are going through a correction doesn’t mean that economic momentum has changed.

The recent fire and flood disasters in California will only act as a further economic stimulus providing more opportunities for business expansion this year and next.

So don’t let a few hundred points in the S&P get you down…. not just yet anyway. The economy remains fundamentally strong and economists are generally looking for a stronger growth year in 2018 than we experienced in 2017.