Economic Problems that No One is Concerned With Today

Economic Issues Today and How We Think About Them

Today, few people are thinking about the national debt. It tends to be a more esoteric concept and its ultimate consequences are not affecting anyone yet.

With everyone anticipating the coming of the robots, we are threatened with a large reduction in job opportunities because many will be eliminated by automation. Students today appear to be planning accordingly. 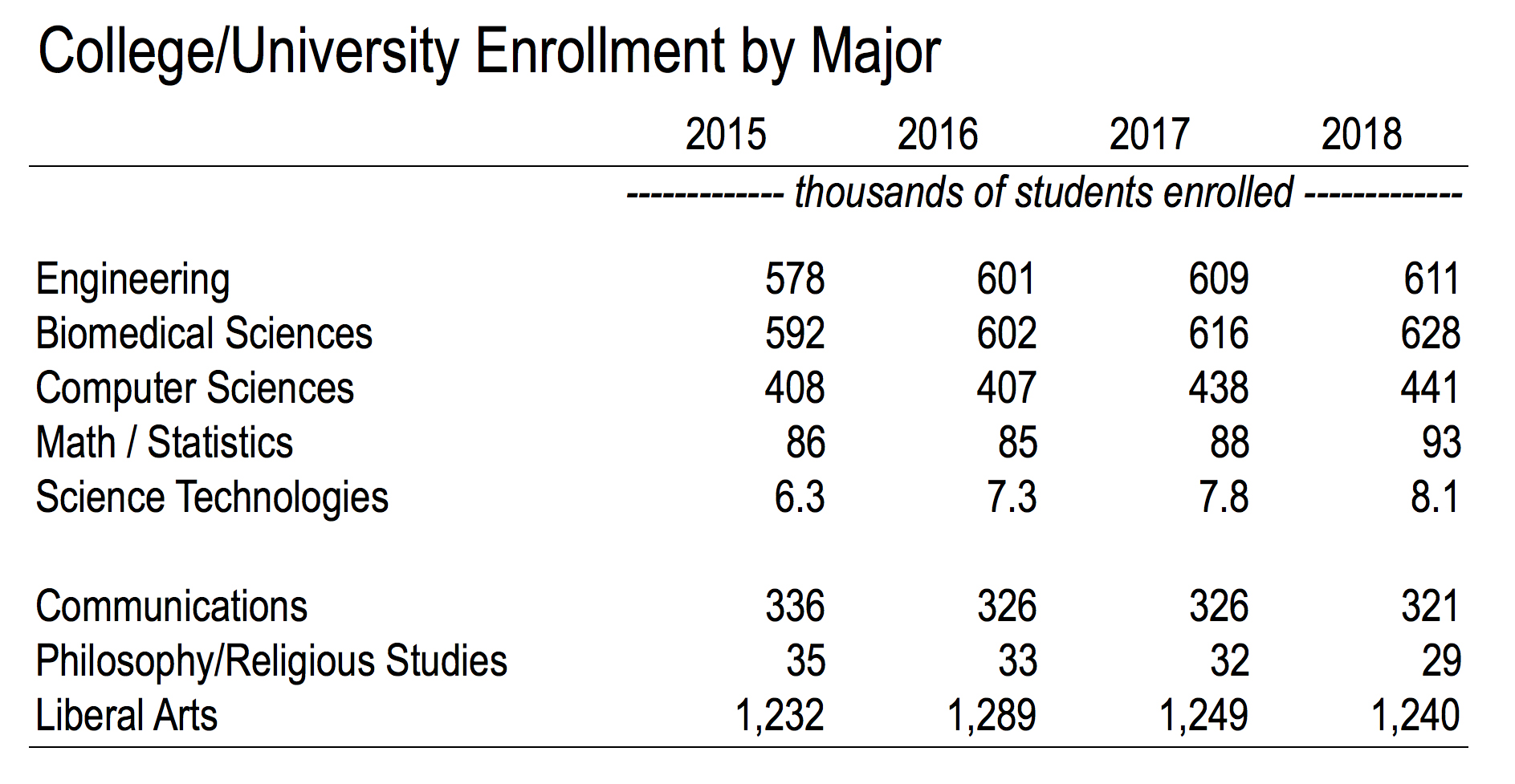 But again, unemployment today is at record lows, everyone that wants a job has one, and no one is immediately worried about the impending mechanical replacement for their position.

But right now, inflation remains unusually low, around 2 percent. No one cares about inflation because they are not experiencing any and haven’t for the length of the current economic expansion.

The stock market is currently at all time record highs—all three major indexes. However, because this situation can turn on a dime, these markets will always remain issues of potential concern. Investors certainly care about the market, but they don’t seem very worried about it today. Over the last 6 years, the returns have been unprecedented for the markets, especially last year.

Given the current course of the economy, there are few issues that Americans are concerned about. In fact, economic concerns in general are less relevant today than they’ve been in the last 20 years. The most recent Gallop Poll (January 2020) of the percentage of Americans “mentioning” economic issues as the Nation’s most important problem has just declined to 10 percent. It’s never been this low since the survey has been conducted.

Gallup’s poll of American’s confidence in the U.S. economy is currently at its highest level since 2000.[1] Gallup summarized the results of their economic surveys with this statement on January 23, 2020:

Rarely in the years that Gallup has tracked public ratings of the economy, since the early 1990s, have Americans had higher confidence in the economy than they do now. Nearly six in 10 describe the economy’s current state positively, and a similar percentage say it’s only getting better.[2]

The International Monetary Fund forecasts global economic growth to rebound in 2020 to 3.4 percent. The World Bank says 2.7 percent. The downside risks to this forecast have actually moderated this year. One diminishing risk is the Trade War, with Phase 1 of the U.S. China deal now complete, and with USMCA also completed. 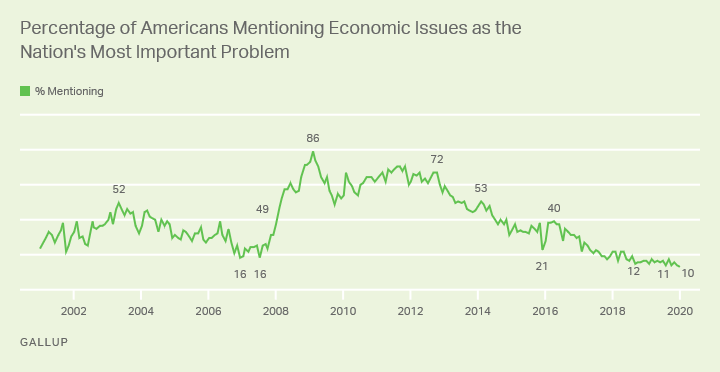 Furthermore, Brexit is completed, and the U.S. and the U.K. will negotiate their own free trade deal this year, probably pulling Britain closer to the U.S. in terms of relaxed economic regulations and a boost to GDP growth in the United Kingdom.

Therefore, most people are much less concerned about trade policy today than they were a year ago (if they were then).

Then what are Our Concerns?

If there is no current worry about the national debt, inflation, training for future jobs, the stock market, or international trade, then what are we concerned about?

Recent Gallup polls indicate that “The Government” and “Immigration” are higher concerns than the economy. There are others, but these are the ones that are way ahead of the economy. 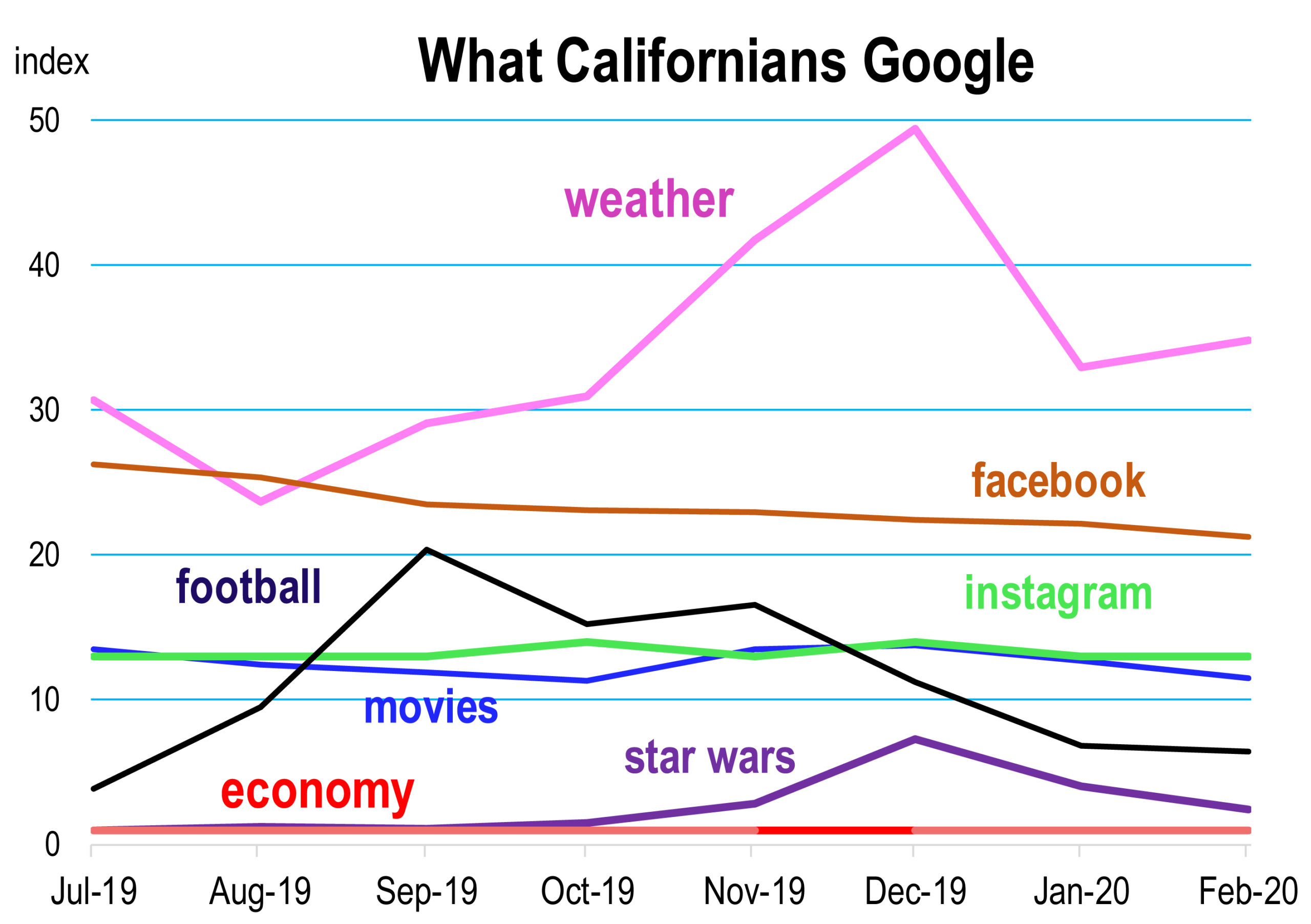 If you are concerned about some worldly issue, what do you immediately do to find out more information about it? Everybody knows the answer to this. You “google” it.

What are the most pressing concerns (from a googling standpoint) of Californians today?

Well, “the economy” is not one of them, not compared to other issues. Take a look at the chart here extracted from Google Trends. Compared to “weather,” “movies,” “Facebook,” “Instagram,” or “football” (or the 49ers), the search term “economy” ranks dead last, and not just now, but every day over the last seven months. Ditto for the search term “recession.”

In the past, Americans have been generally concerned about the economy, but not today. Other issues are more pressing. And the principal economic problems that have generated substantial worry in the past are mostly unimportant today.

Concerns about the economy today are practically non-existent. The consumer sentiment and confidence indices have been recording the highest levels of positive attitudes towards the economy in the last 20 years. Ditto the Gallup poll. As we head into the 2nd and 3rd months of 2020, few things have changed from the last 6 months of 2019, and economic risks have actually lessened. At the present moment, the economy is not something to be worried about.

But stay tuned because conditions can turn on a dime. 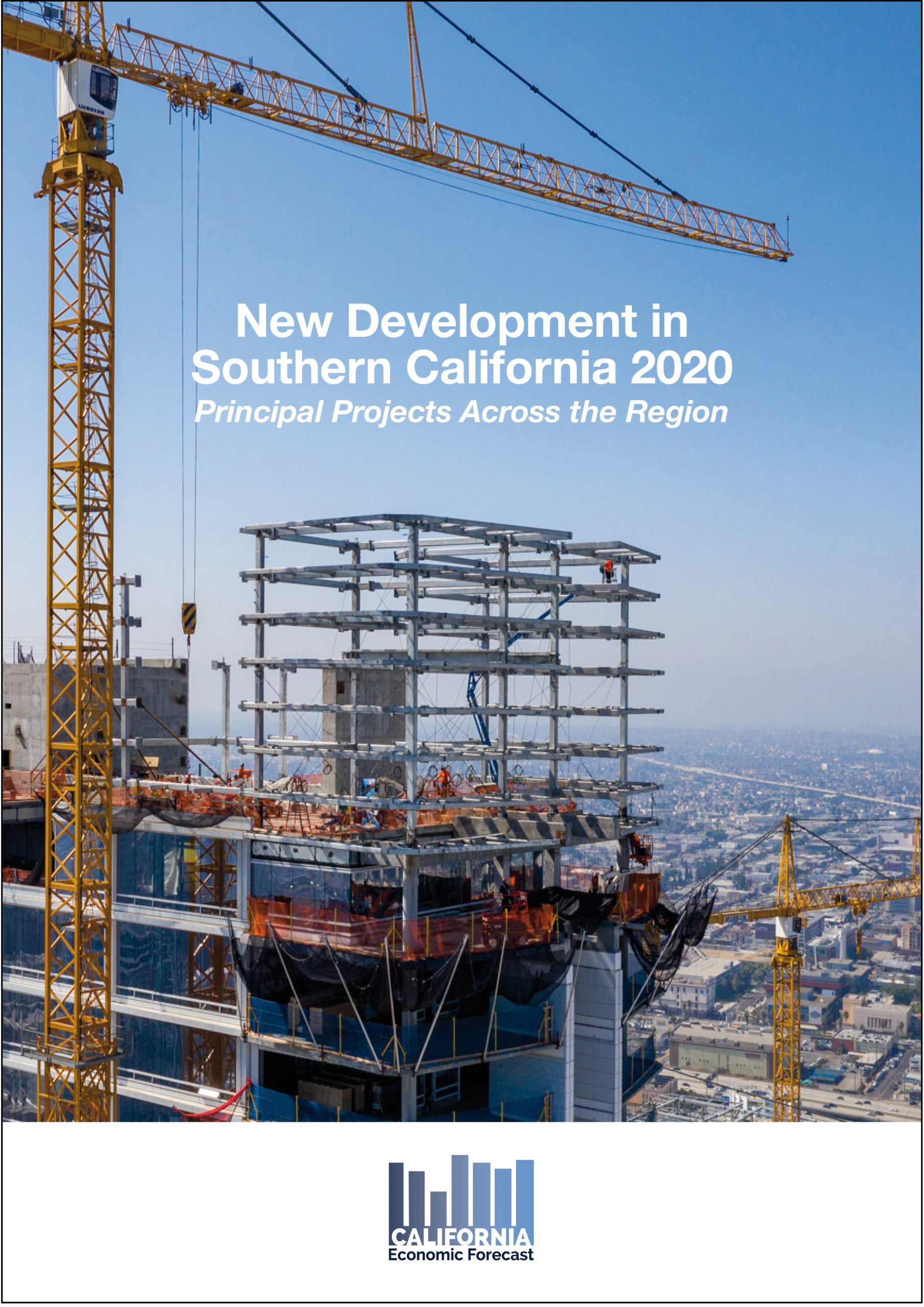 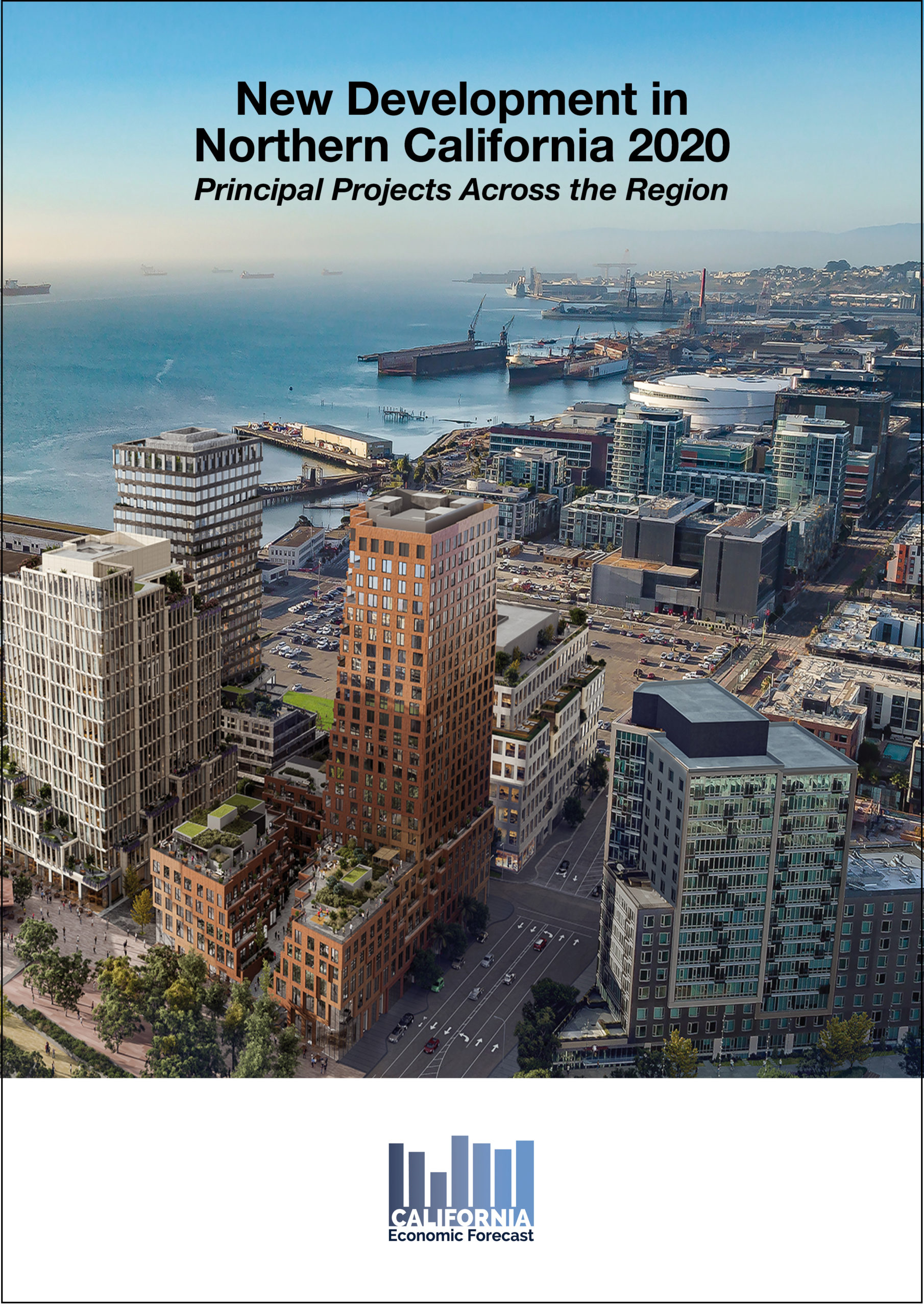