These times they are a’changin: Preparing for 2020 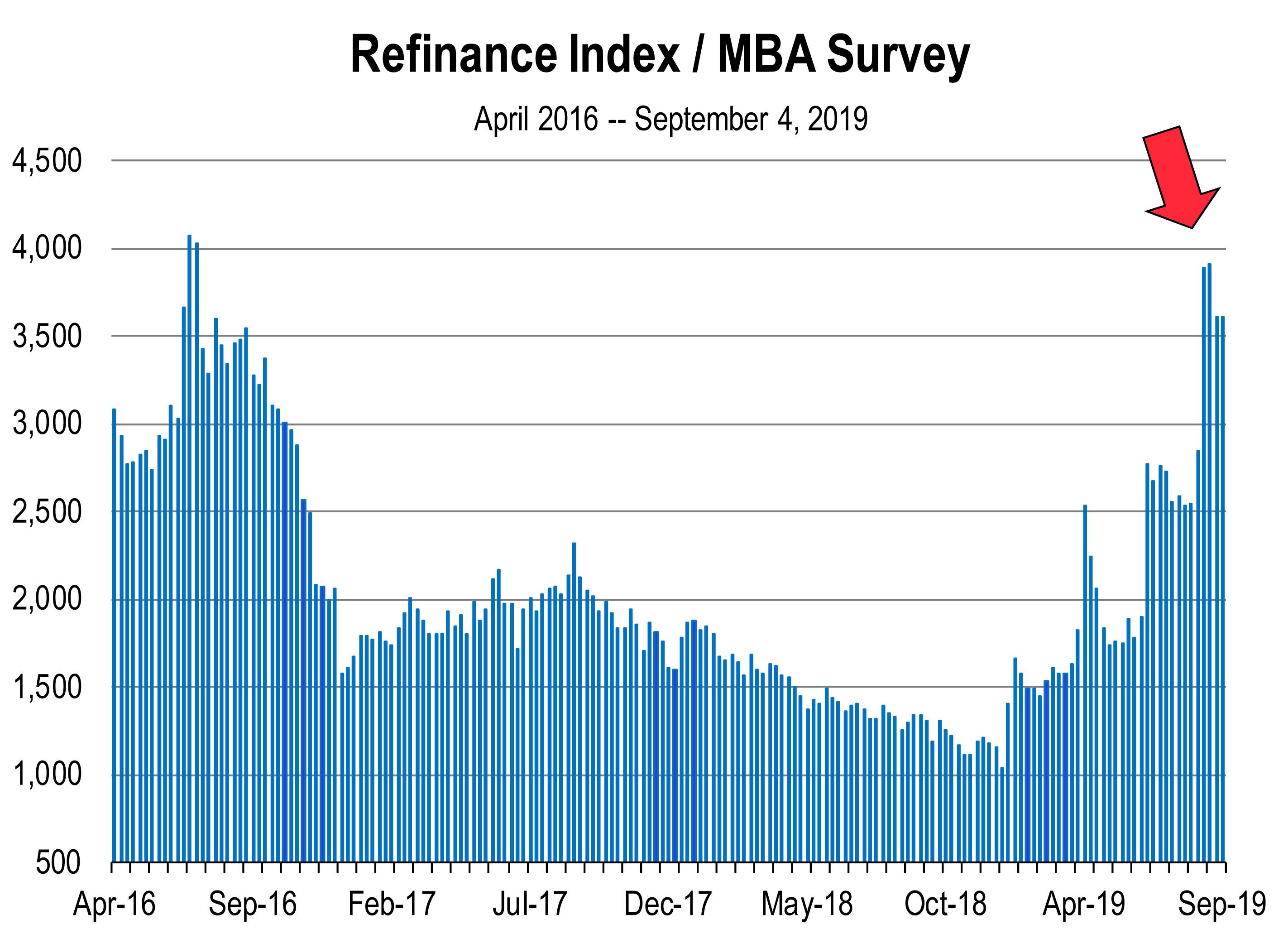 The Southern California economy hasn’t changed much so far in 2019. In fact, most California economic indicators appear unchanged for the first 8 months of the year. Unemployment is nearly invisible, your salaries and wage rates are rising. Your spending is not diminishing. The housing market is fighting back and mortgage refinancing is hot again.

But there are signs, and they are becoming clearer now. I can finally quote Bob Dylan from 55 years ago: “These times they are a’changin.”

Four more months remain in 2019. It’s September and it’s still hot and you are thirsty. So sit down, grab an ice cold beer, and contemplate your plan for 2020.

The stock market is acting like an amusement park ride. The Dow dropped 767 points on August 5, 800 points on August 14, and 623 points on August 23. But it’s still very high because between those precipitous declines, it rebounded sharply. The DJIA is up 15 percent year-to-date and today’s index is less than 3 percent from it’s all time record high set on July 15.

Investors don’t like the trade war with China that has escalated recently. They do like last month’s interest rate cut. However, they don’t like the negative treasury spreads that are persisting. More on this below. 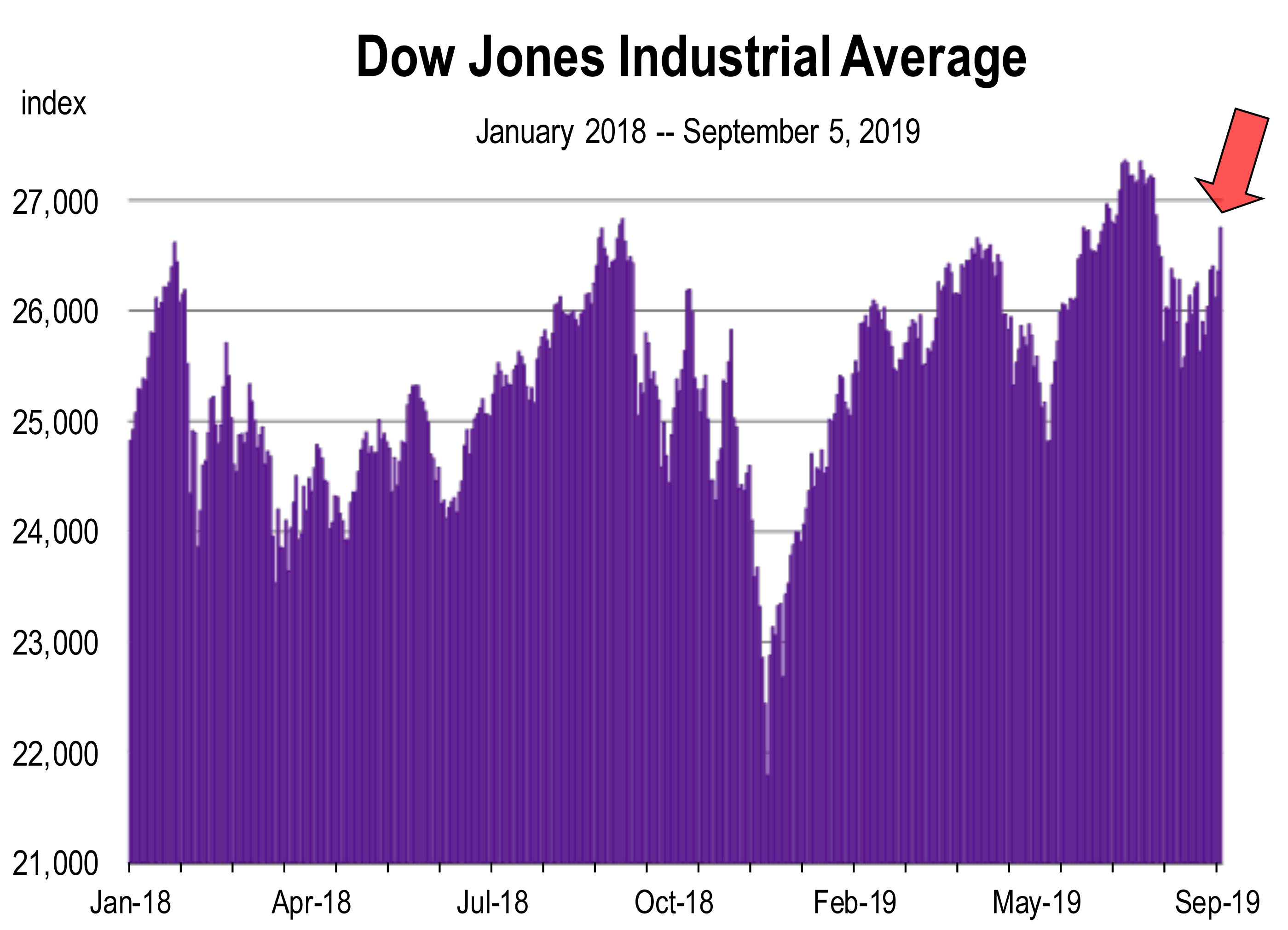 You might want to review and/or rethink your investment portfolio because changes in the economy are more likely to impact financial market valuations. Your stock market portfolio needs addressing now. I’m not suggesting a huge move into cash, but a prudent rebalancing should be strongly considered.

Consumers are still spending and represent the engine of the 2019 economy. But trade wars don’t help us consumers who buy Chinese imported goods because those goods are going to be more expensive. We can buy other goods for the time being and consumers are doing just that. Furthermore, it’s a good thing China doesn’t export any cars to the U.S, or hardly any. Car sales remain steady, giving us little indication that we’re getting tired or board of our current vehicles. August consumer confidence was strong despite the stock market’s wild ride.

You don’t need to cut back on your spending. Presumably it is the result of your rising earnings and salaries. If not, then focus on reducing your household debt and/or your company’s debt. You will want these to be in sound order if the economy weakens and you need financing to carry you through a slowdown in demand for your company’s services or products. 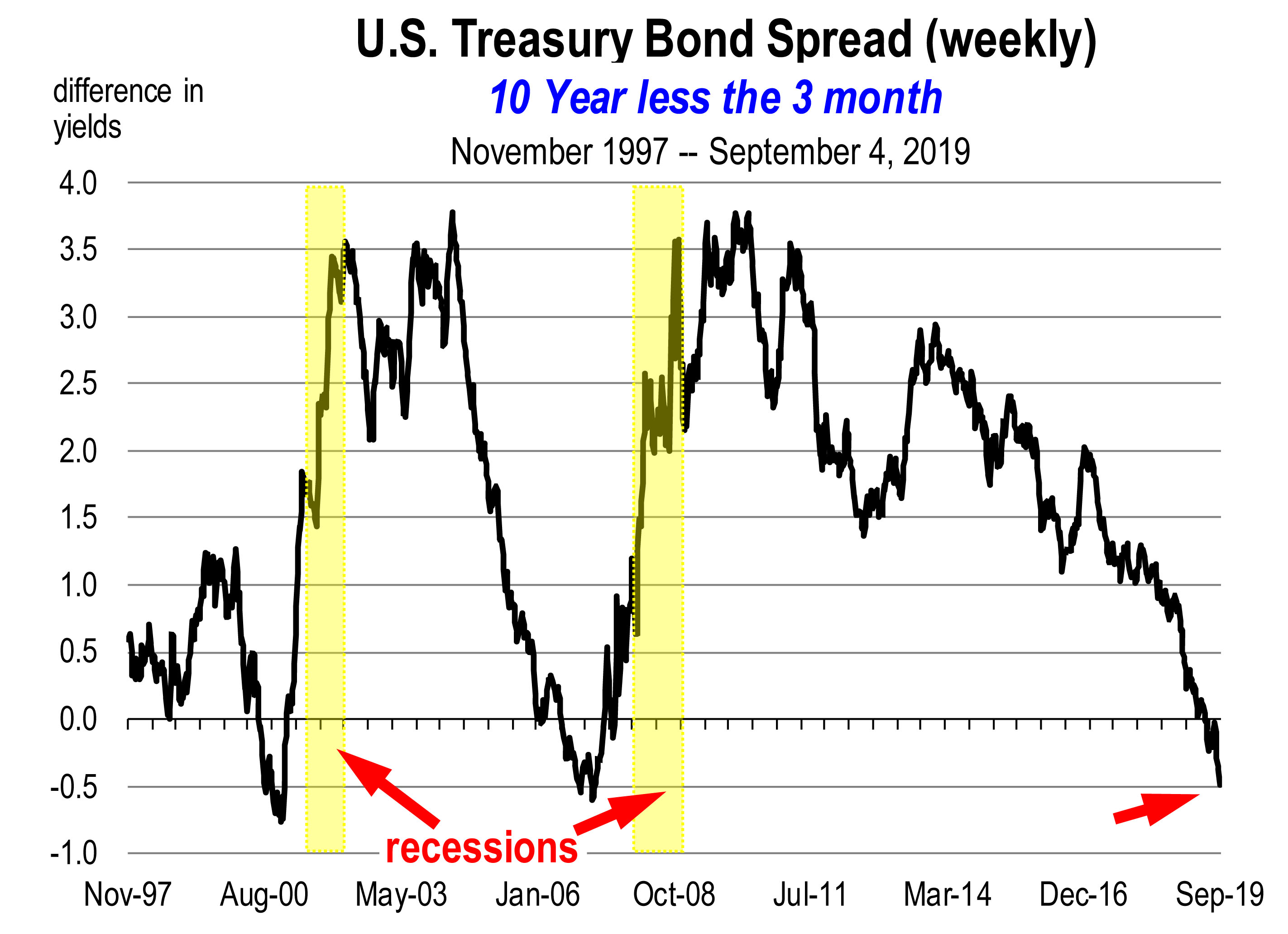 The 10 year is now at 1.45 percent—just a hair short of it’s all time record low. This is good news if you need a lower mortgage rate, or a cheaper car loan. However, lower long bond rates are intensifying the inverted yield curve, and this is making economists and financial market analysts more and more pessimistic about the impending recession.

Therefore, refinance your home if today’s rates are lower than your current rate. Refinance your car. Refinance anything else you are in debt on. Now is the time to take advantage of another historically low interest rate environment and lower monthly payments. 2nd chances in life don’t come that often.

TD Securities said its recession model is based on the spread between 3 month Treasury bill rates and the 10 year bond yield. The model is now predicting a 55 percent chance of recession within 12 months, or by August of 2020.

I don’t yet see that myself, but conditions can change quickly, especially because the economy is more vulnerable today meaning that if something goes wrong, we are closer to a tipping point. The tariff war is impacting the industrial sector. The purchasing manager’s index released this week shows a contracting U.S. manufacturing sector, the first such occurrence in 3 years.

We are certainly on a vigilant recession watch and you should be too.

More job creation occurred in July throughout the U.S. Wages keep rising. That’s good if you are a wage earner. It’s bad if you are the inflation rate. Unemployment is still remarkably low and we have all become complacent with our seemingly unwavering job security. However, as we reported a couple of months ago, the rate is gradually rising again due to a growing reluctance to hire this late in the business cycle.

What can you do to become more indispensable at work? Because if you are, you’re less likely to be laid off when a weaker economy finally arrives. And layoffs are going to occur. If you are the person that does the laying off, think about what you can do now to reduce potential layoffs and position the company for greater resiliency. Perhaps that includes reducing your hiring of unfilled positions today. While broad thinking along these lines will push the unemployment rate higher, a tougher job market today or tomorrow is better than a horrific one in 1 to 2 years.

Affordability, particularly for first-time homeowners, is trending downward at the national level. This is not news in California and hasn’t been for the last 5 years. It is becoming increasingly clear that existing-home sales are past their cycle-peak, despite a recent uptick driven by the latest meltdown in mortgage rates.

Are you looking to sell your home? Lower the price and do it. Demand is still strong but affordability is the reason for sluggish home sales in many markets in California. If you’re a buyer, entertain the possibility of delaying your purchase until the recession. There might be lower demand at that time and therefore a higher likelihood that home values will soften. But don’t expect prices to collapse like they did in 2009. That was extraordinary because much of the price appreciation observed from 2004 to 2007 was speculation driven. That’s not the case today.

Existing home prices are moving higher again in many markets, after softening in the Fall of 2018 and continuing through the Spring of 2019. But as the economy shows more signs of slowing, expect additional price contraction.