Irma and Harvey and Their Effect on the Economy 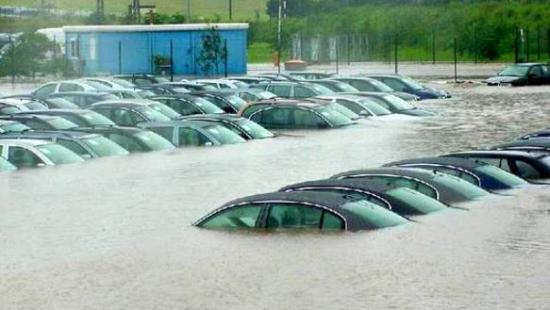 Second quarter real GDP rose 3.1% at an annual rate, up from 1.2% in the first quarter. That’s a decent economic growth rate for the U.S. at this stage in the expansion, but not a great one. The third quarter of 2017 is now in the books. How did the economy do and what does that mean for the final quarter of the year?

We can’t forget that Irma and Harvey struck in the third quarter of the year. They destroyed nearly 1 million cars and damaged over 200,000 homes in Texas, and nearly every home in the Florida Keys. More than 20,000 homes were completely destroyed by both hurricanes.

The carnage is still being assessed and will change with more information, but at the end of September, the latest estimates for the cost of Hurricane Harvey’s damage range from $65 billion to $190 billion. In the event the actual cost falls on the higher end of that range, it could become the most expensive disaster in the history of the U.S.

Meanwhile, Hurricane Irma damage could end up costing between $50 billion and $100 billion. Irma was the bigger storm but the property damage due to flooding was much greater with Harvey. 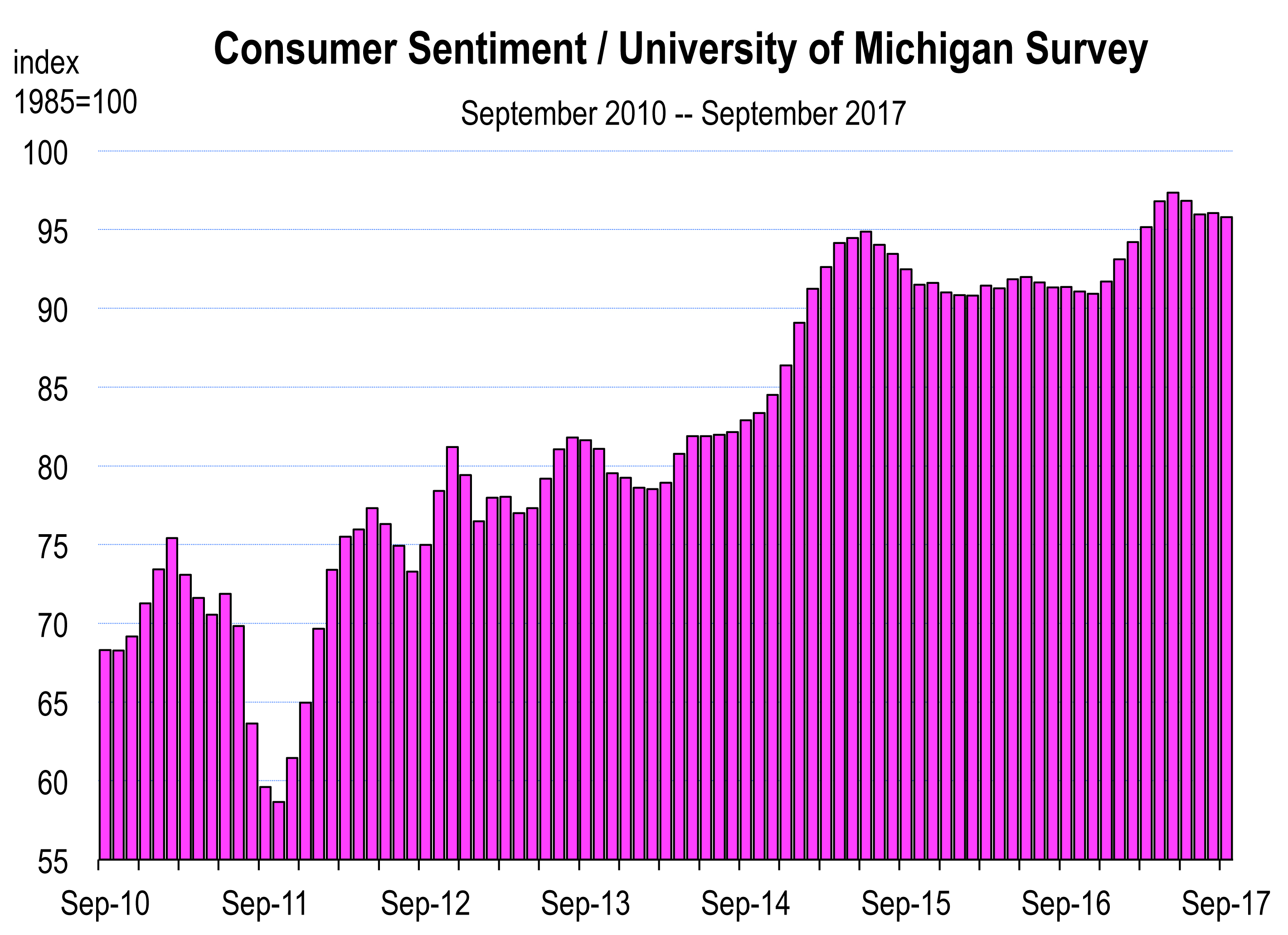 The storm and floods have interrupted 20% to 40% of U.S. refining capacity. The damage to refineries was serious and caused gasoline inventories to sharply decline, affecting gasoline prices. Consequently, the Department of Energy released 5 million barrels of oil from the Strategic Petroleum Reserve to bolster supply.

Despite all the carnage and tragedy, the hurricanes hardly affected consumer optimism; the assessment of present economic conditions hiccupped in September, while expectations of future business conditions moved higher. Consumers still believe jobs are plentiful and they expect their incomes to increase over the next 6 months. Their buying plans have slightly declined for homes and cars but have increased for major appliances.

It does appear that Harvey impacted new home sales in August because that metric was off 3.4 percent during the month. We know that the September numbers will be more negative when they come in next week. However, new home sales have slackened elsewhere as well and not just in Texas and Florida. So the hurricanes are only partially responsible for tepid U.S. home sales.

Spending during August was also affected slightly, with less retail sales of general merchandise and less consumption of utilities (because of power outages). Nearly 6.9 million homes were left without power in Florida, Georgia, North Carolina, South Carolina and Alabama.

Who Loses and Who Wins 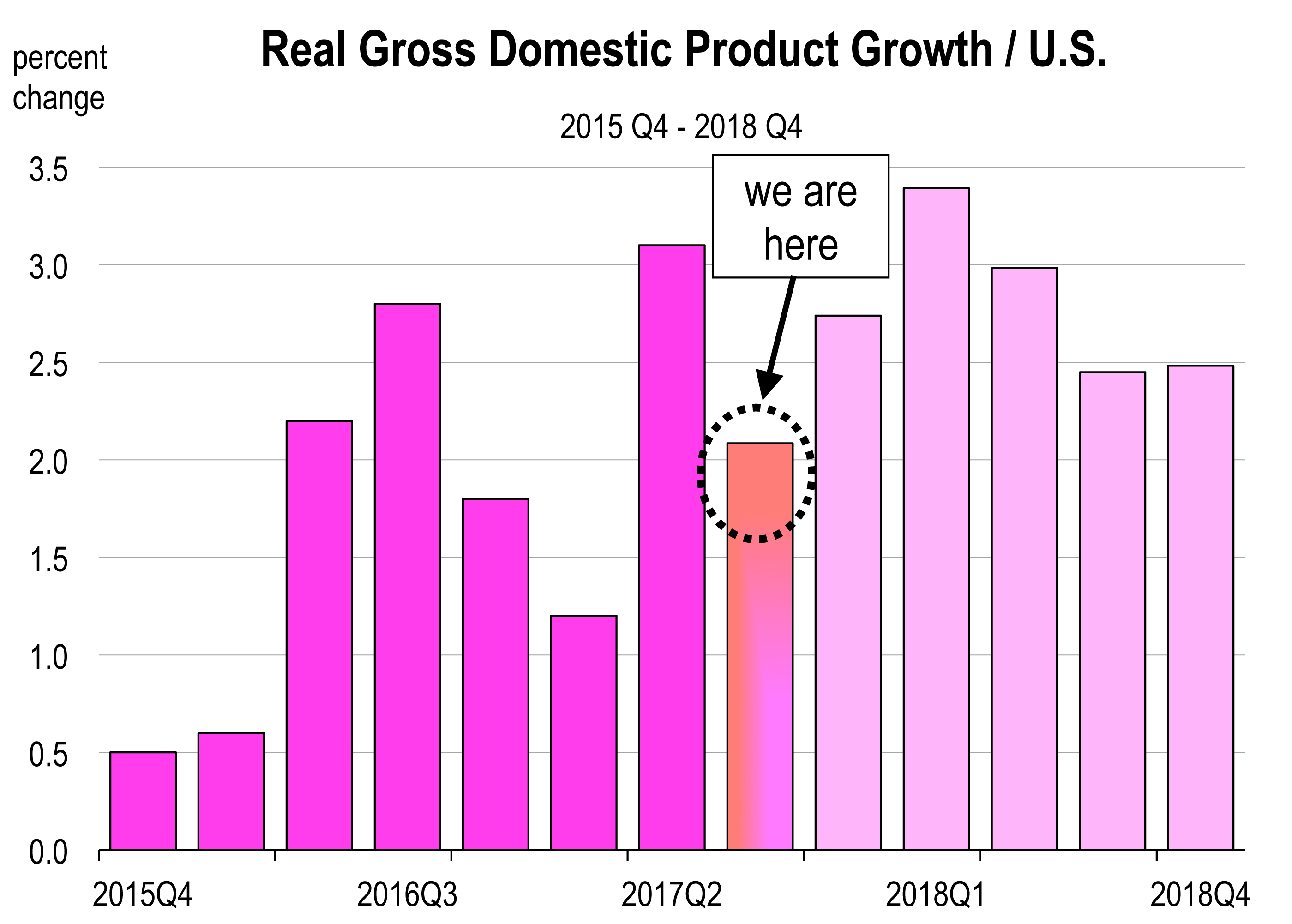 An estimated $20 to $30 billion in economic losses are the immediate impacts resulting from business interruptions, such as idle hotels, closed stores, shutdown refineries, workplaces closed and people unable to go to work, Disneyland, SeaWorld, and Universal Studios—all closed. Spending was therefore curtailed on energy, home buying, car buying, and tourism. There is an estimated 50% to 70% loss of Florida’s citrus crop, valued at $1 billion. The estimate for third quarter GDP is predicted to be ½ percent lower because of the hurricanes. So perhaps a rate of between 1.8% and 2.3% is anticipated.

But we fully expect that total economic activity linked to rebuilding and replacement spending will compensate for any short-term economic losses. Already, Congress has allocated more than $15.3 billion in hurricane relief funds to the more than 1 million applicants for federal aid so far.

This means the economy, as a whole, will not only be okay, but will likely see a surge in GDP growth during the first half of 2018. Stay tuned for more updates in future newsletters.