The Proposed Tax Reform of 2017: How Will it Impact You?

So as of November 3, here are the key components of the House Ways and Means Committee’s tax reform proposal, before any further revisionist intervention from the full House or Senate: 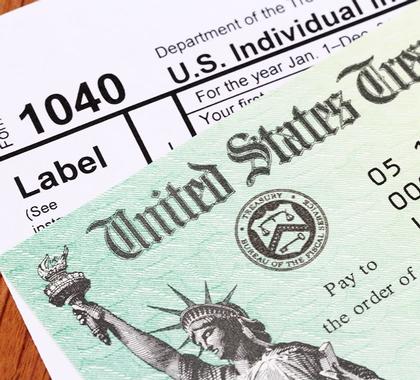 The maximum corporate tax rate would be cut from 35 to 20 percent. Many business expenses would no longer be deductible, except expenses on R&D, low income housing, and some other miscellaneous expenses. Depreciable asset expenses can be deducted entirely.

There are 3 proposed tax brackets for individuals: 12, 25 and 35 percent instead of the seven that now exist.

The AMT (alternative minimum tax) would be eliminated. The standard deduction for middle class families would be doubled.

The estate tax would be gradually reduced and entirely repealed in 6 years.

The inherited wealth exemption would double from $5.5 million to $11 million.

Itemized deductions would be eliminated, except for charitable expenses and the mortgage interest deduction which would be capped for newly purchased homes up to $500K.

Also property tax deductions would be retained but only up to a maximum of $10,000.

State and local taxes would no longer be deductible.

There would be no changes to pre-tax 401(k) contributions.

There is a new 25 percent tax rate for sole proprietorships, partnerships, and S corporations that currently pay taxes at the individual rate of their owners. These type of businesses represent about 95 percent of all businesses in the U.S. and produce most of the corporate tax revenue for the U.S. government.

How Will this Impact You?

If you own a home in coastal California and you’ve purchased it in the last 4 years or so, your property taxes are likely in excess of $10,000 annually. So you will not receive the full benefit of the property tax deduction. However, the standard deduction roughly doubles from $6,350 to $12,000 for individuals and $12,700 to $24,000 for married couples.

If you are a business owner, you are very likely to see a smaller tax obligation. And if a large part of your business expenditure is for research and development of the business, or equipment, software or the purchase of a building, then your tax liability will go even lower because those expenditures will be deductible on top of the low 20 percent maximum rate.

Do We Need Tax Reform?

The hieroglyphical tax code that we all have to navigate through each year to determine both our personal and our business’ tax obligation is constantly changing and seemingly growing more complex. For anyone that has filed a tax return beyond the standard 1040 form, their answer is a very likely yes. We desperately need tax code simplification.

Does the economy need a tax cut? Well, growth has remained strong even as the administration and the Republican-led Congress have struggled to enact economic programs. And despite all the campaign rhetoric about jobs and businesses going overseas because of high corporate taxes, the economy has remained ruggedly resilient, the unemployment rate is the lowest in 17 years, real wages are rising, and GDP growth is accelerating.

Tax reform is always welcome, but do we need a tax cut to stimulate economic growth? No, not right now.

For me, any tax reform that is an actual reduction in my taxes is a good thing. I would much rather control the expenditure of my own income than I trust the federal or state government to do. So any tax cut is welcomed, providing it actually does reduce my taxes.

As Californians, some of us will face a higher tax bill due to the fact that we won’t be able to deduct all our property tax payments. This is especially true if you purchased a home recently in the Bay Area, or coastal Southern California. Moreover, the state income tax payment is non-deductible and California income taxes are higher than anywhere else.

Also, the home mortgage deduction on new purchases will be capped for many new home owners in the higher housing cost areas of the state. This includes Santa Barbara and Goleta, coastal Ventura and Oxnard, the Conejo Valley, most of LA and Orange County, and coastal San Luis Obispo County. A reduced mortgage rate deduction will impact the decision to buy a home in California, so fewer home sales next year are likely. Realtors are naturally against this.

If you already own your home, you’re not going to be affected by the limits on the mortgage deduction. If your household income is above $250,000, then the elimination of the state income tax deduction will hurt you, but as an offset, you’re likely to benefit from the business tax reforms.

The Tax Foundation in Washington D.C. has evaluated the plan and according to them, households from the full range of incomes would benefit with at least a modest tax reduction.

Critics say this plan will hurt the poor. This is nonsense simply because the poor do not pay any state or federal income taxes. The bottom 35 percent of Americans will not get any extra benefits, because they already have a $0 federal tax liability.

Might this plan increase the deficit? Yes, it likely will. But I see the deficit as it’s own issue which does not have to be addressed when discussing tax reform. Why? Because there is always expenditure reform which many people erroneously assume is unreformable. The Senate must consider expenditure reform if they hope to pass tax reform with a 51 vote majority. Otherwise, the plan is dead.