May Employment and the Outlook for the Summer Months

The labor market report for May was presented today from the Bureau of Labor Statistics. The U.S. unemployment rate is 13.3 percent.

However, more important, it showed that the economy created (yes created) 2.5 million jobs during the month. Leisure/hospitality, which had suffered the largest declines in April, led the way back. Payment of workers through the Paycheck Protection Program may explain some of the increase, even if they did not actually work.

Now, many people who were employed but were “absent from work” again misclassified themselves because they should have been counted as “unemployed but on temporary layoff.” This understated the unemployment rate in May, just as it did in April.

We routinely estimate the U.S. unemployment rate from the unemployment insurance claims data that is reported weekly. 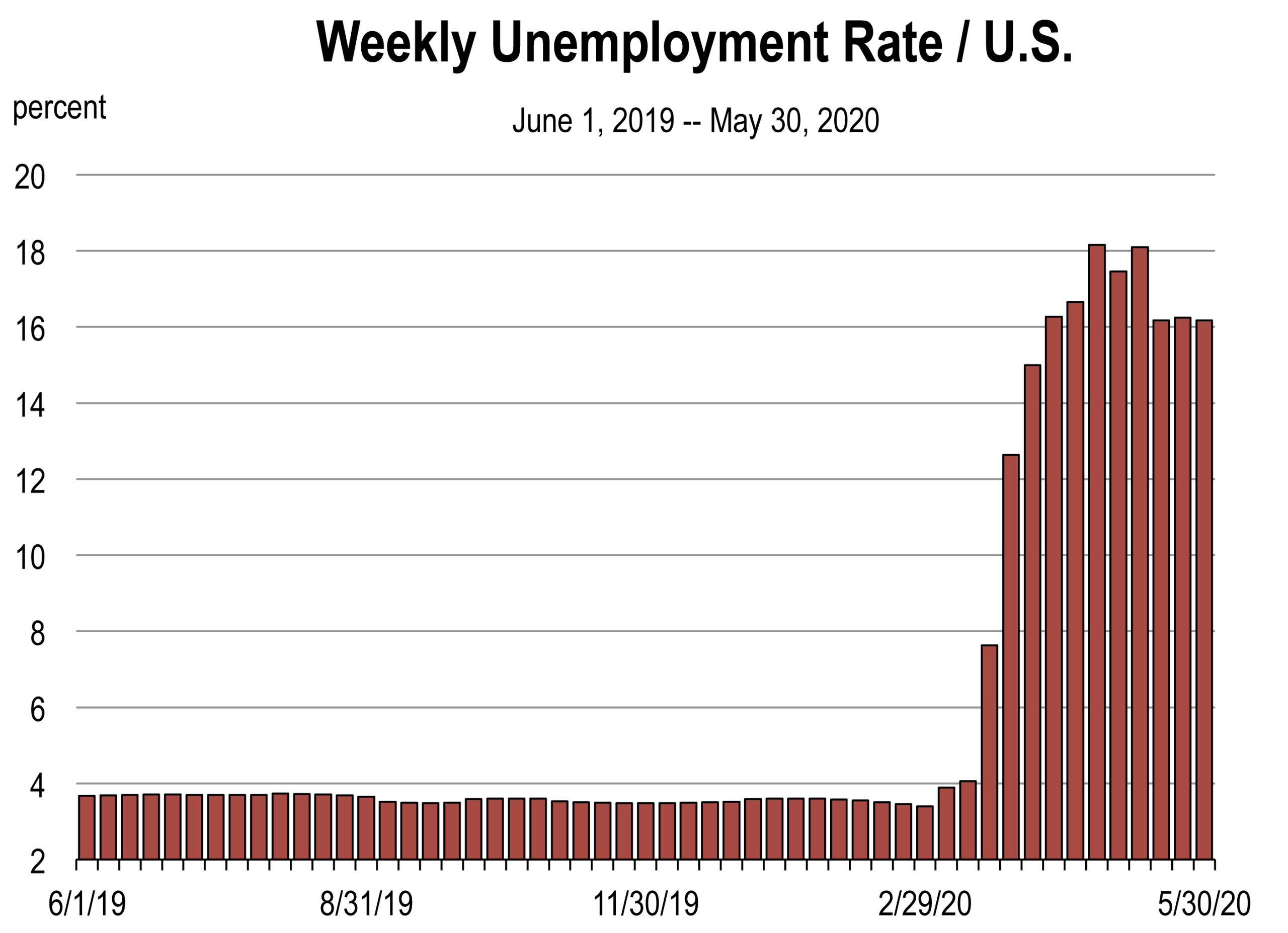 The number of unemployed workers declined by 2 million in May. This is an encouraging sign that the economy is taking the first steps that clearly define the economic recovery. And the recovery of jobs and income is the most critical step.

How does this report change our expectations for the labor markets over the summer months?

We clearly expect the restart of the economy to bring more improvement in June and July. By June 1, all 50 states had some parts of their economies re-open and more sectors in all states will be opening further this month.

With Europe opening up to tourism once again in the mid-June to July period, there will be more jobs in travel restored, more airline flights, and more hotels opening back up.

Universal Studios in Orlando Florida opened on Friday, June 5. Visitors take temperature screenings, are required to wear face masks and are encouraged to social distance. Capacity at the park is being limited to 35 percent of normal. Disney World in Orlando will start opening up on July 11.

Because amusement parks are labor intensive, these initial re-openings will re-employ thousands of furloughed workers this summer.

Church services are opening in California along with barber shops and salons.

Some businesses in the larger American cities are now under added stress due to losses from store destruction and the looting of inventory. Until the social unrest subsides and police protection is restored, consumers may not feel confident to participate in large city downtown areas in tandem with re-openings of restaurants, retail stores, and personal care shops and services. Store repair is going to delay job creation in June and July in big cities including New York, Los Angeles, Minneapolis, Washington D.C., Seattle, Philadelphia, and Chicago.

Insurance industry groups say common business insurance policies will cover most of the damage caused by looting or vandalism. Business insurance does cover civil commotion, and most commercial buildings, homes, and cars will be replaced with insurance proceeds.

While some stores may choose to close permanently, most will elect repair and restoration.

As of May 30th, 4.4 million loans have been extended to small business in both rounds of the Paycheck Protection Program for a total loan value of $510 billion. The PPP loans require that employers use no less than 75 percent of the funds to pay their workers so that they maintain their incomes and their ability to spend.

The program potentially kept millions of workers on business payrolls in April, May and now June. Proceeds from the loans will generally run out this month or in July. Consequently, we will be watching to see if some or many of these workers lose their jobs when the program’s funds are depleted. This critically depends on whether businesses can restart and keep the number of employees they were paying through the program.

If businesses are generally up and running, many of these workers could be seamlessly reabsorbed into their previously productive roles with little impact on the summer employment reports. Stay tuned for future reports on this development.

The downside risks dominate the scenarios of how the economy will grow over the next 6 months because there are too many unknowns associated with how COVID-19 will evolve or devolve. Furthermore, the unknowns extend to how state and local governments will respond and how people will tolerate their response if they perceive the shutdowns as an impediment to their civil liberties.

Nevertheless, the upside alternatives to muted demand for goods and services and hesitation by consumers to participate in the restart of the economy is an encouraging display of pent-up demand behavior.

If we observe stronger than expected demand for cars, appliances, homes, personal care, food away from home, and entertainment with minimal hesitation by consumers, labor markets would generate impressive job creation in June, July and August. This kind of response would jump start a robust economic recovery this year.

We look for the third quarter to show positive economic growth with more upside potential if the confidence of consumers is more rapidly restored and people will believe it’s safe to resume increasing levels of pre-crisis movement and participation in commerce.