I’m reading a lot about economic recession lately. A recession that is seemingly looming and could strike the nation THIS year. It’s become a popular internet topic in view of the Chinese stock market collapse, the negative interest rates in Europe and Japan, the UK wanting out of the European Union, and the recent slowdown in U.S. corporate profits and retail sales. We know that first quarter GDP has struggled to remain positive.

This is one of the many “blogs” I’ve come across. This one was published in Investopedia in early March. Others appear on the Fortune, Bloomberg, and CNBC websites this year. 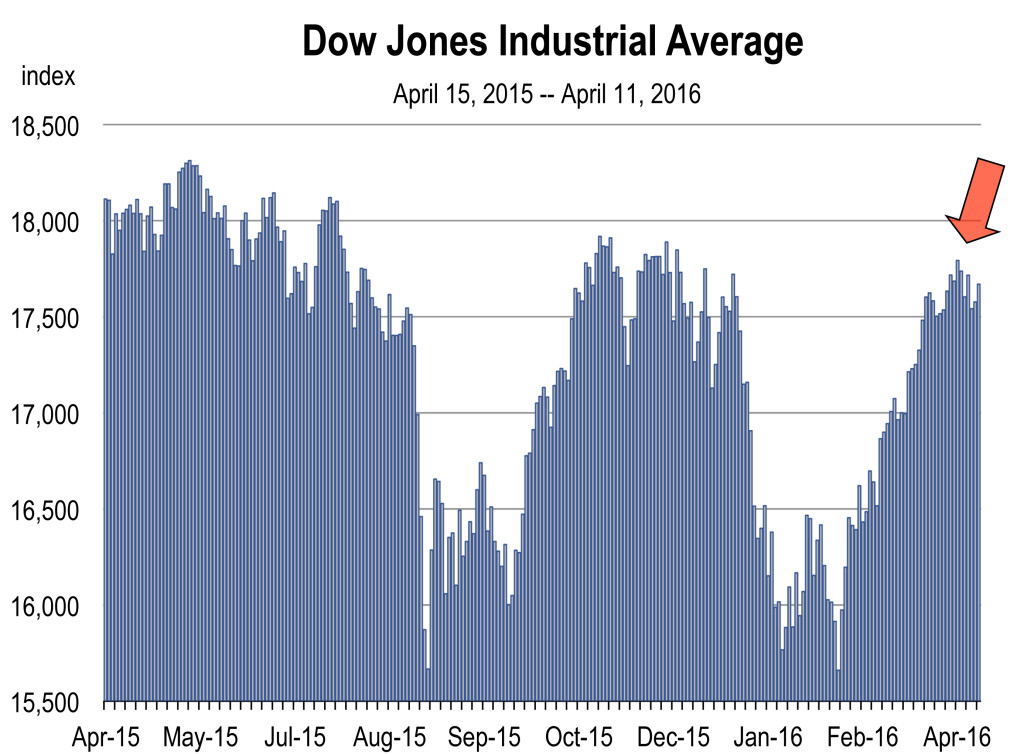 The Stock Market is Grinding its Way Back

But I’m not ready to switch to the dark side yet. Yes, there was a disturbance in the force earlier this year with our own stock market falling 1,000 points in the first two weeks of January. But all of the financial indices have been working their way back to their highest levels before the January meltdown. 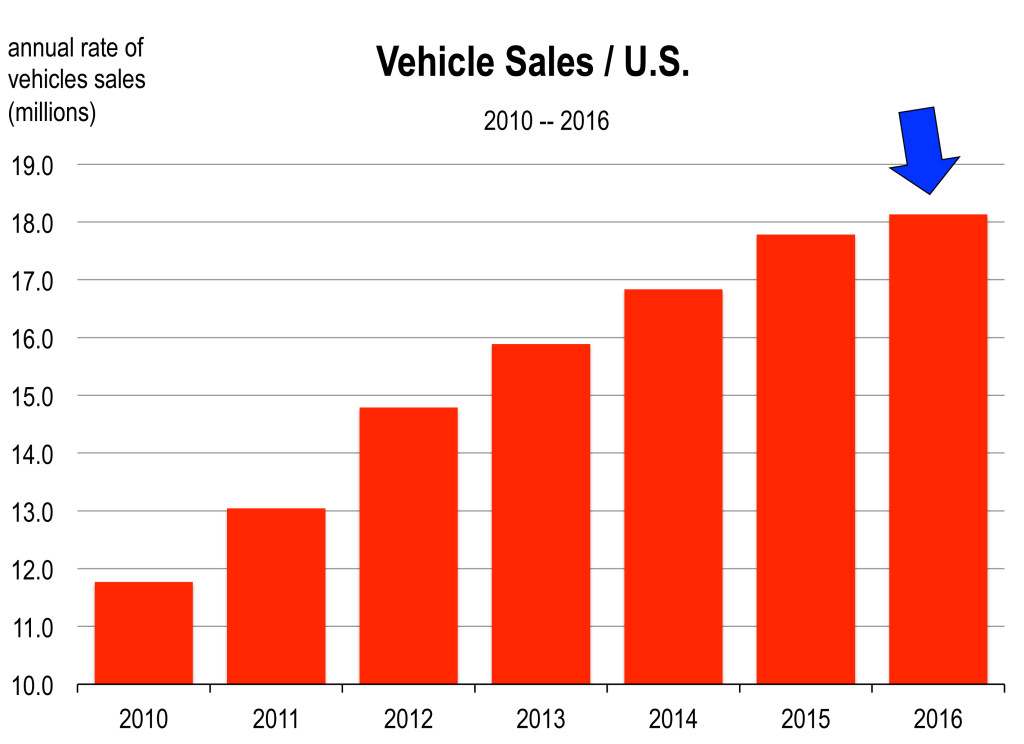 Americans are buying more cars at a near record pace. There are more vehicles on the road than ever before and traffic remains tough. The seasonally adjusted annualized pace of 17.5 million units in February was the strongest in 15 years. All the gains over the past year have been in the light truck segment thanks to persistently low gasoline prices.

New-home supply reached its highest level since late 2009 in February but remains tighter than historical standards. Furthermore, the inventory-to-sales ratio held steady at 5.6 months but is still up nearly 25% over the year. This is nationwide inventory. It’s only 3.5 months in California and not generally rising.

Despite the past several months of decline, the NAHB Housing Market Index is near its highest level since 2006 and indicates that homebuilders feel confident about future construction activity. Sure enough, housing starts increased 5.2 percent between January and February and are 31% higher than in February 2015.

The Labor Market Continues to Improve at a Steady Pace

Job creation exceeded 200,000 again in March, the 6th consecutive month that gains were above that threshold. The pace is sufficient to tighten the labor market. Consequently, worker recruitment is becoming much more difficult and average hourly earnings are rising faster. The unemployment rate is 5.0 percent.

Employment growth is clocking in at a healthy pace, and wage growth has started to accelerate, providing more incentive to potential homebuyers still waiting on the sidelines. In addition, despite expected tighter monetary policy over the next few years, mortgage rates remain at rock bottom, and this should encourage greater housing demand over time. 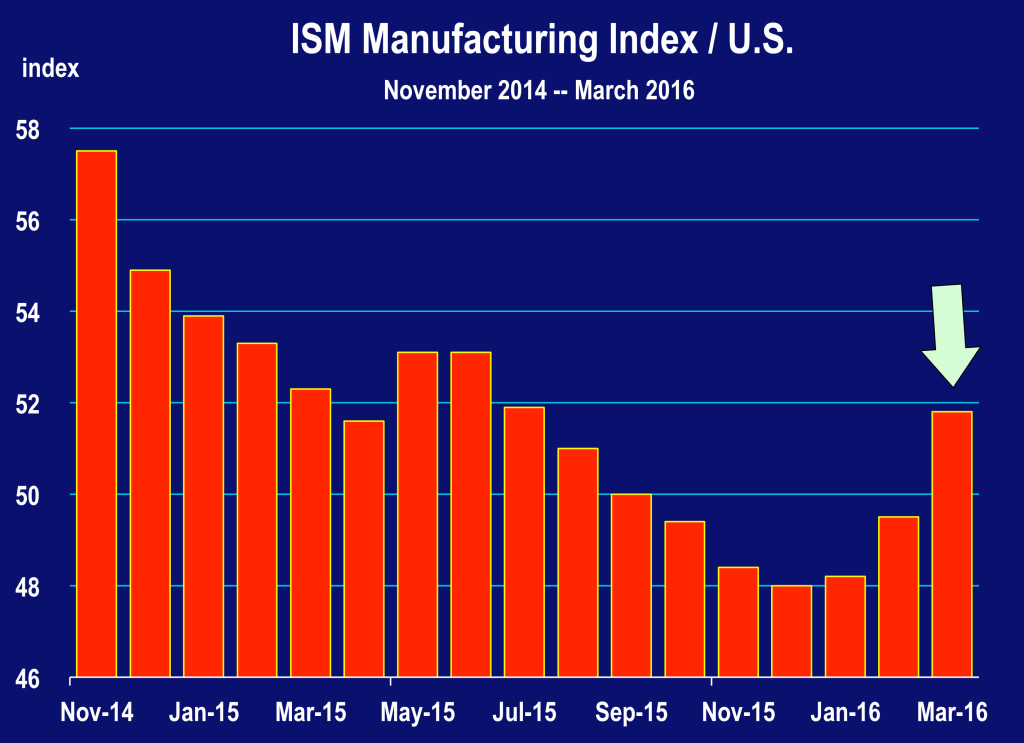 It seems that the U.S. industrial sector is showing clearer signs of a rebound. The manufacturing index, which has largely been in decline since last July, posted two consecutive months of expansion in February and March of this year. New orders for goods rose sharply in March, recording the largest monthly gain since 2009.

We are just about at the 7 year anniversary of the end of the Great Recession. By mid-summer we will be in the 8th year of an economic recovery/expansion. And while the up part of the business cycle does not normally last more than 8 or 9 years, we might actually be able to extend growth out for an indefinite period. After all, the first 3 or 4 years of the economic recovery were so weak that few people were convinced that the recession had ended. So one might argue that we are “owed” a few more years of positive economic growth. 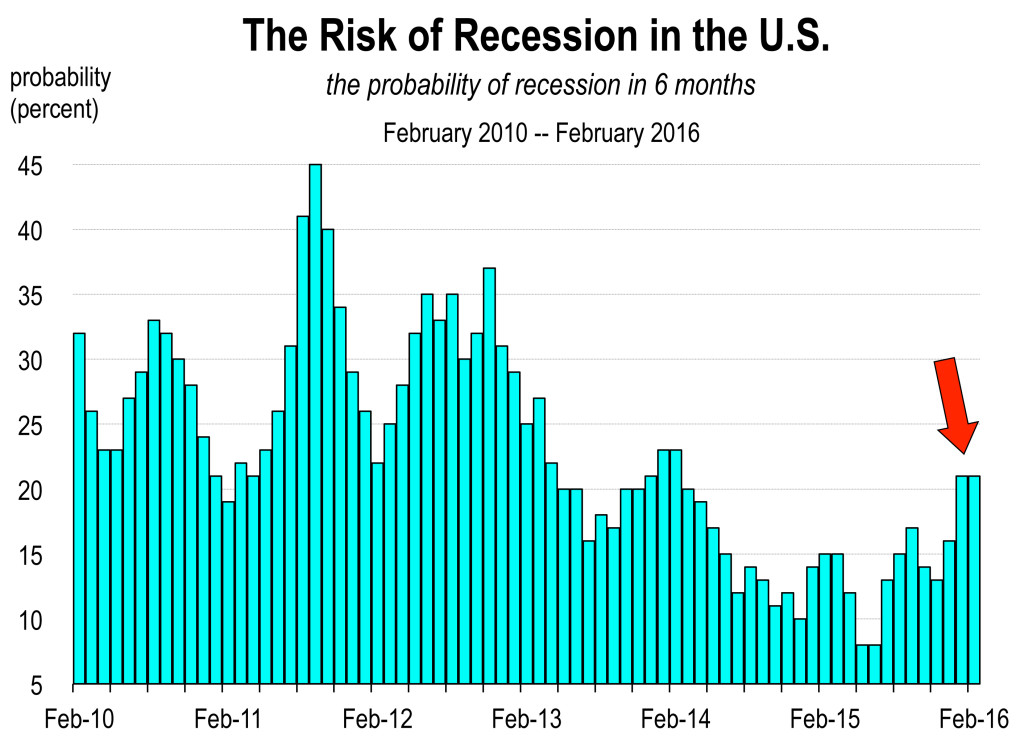 A higher stock market leads to more spending by consumers because of the wealth effect. Retail sales, which have been dragged lower in recent months by falling gasoline prices, should move higher going forward, especially as the U.S. economy approaches full employment and average earnings move higher.

While the risk of recession has increased from 15 percent in March of 2015 to 21 percent in February of 2016, that’s still a relatively low probability that the U.S. economy will fall into recession in six months.

So plan accordingly for another year of growth. Plan also for slightly higher interest rates, inflation, and difficulty hiring more workers. Barring a calamitous event, the demand for your product or service should not be impacted much by the general economic mood in 2016, except perhaps to the upside.